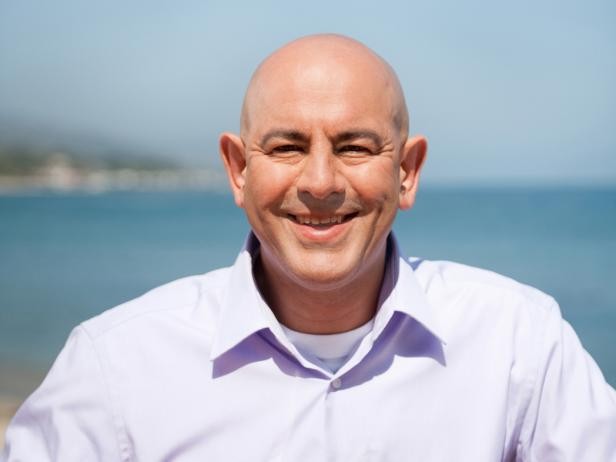 Simon Majumdar is a popular chef, writer and television personality, and world traveler. His love for food and travel has propelled him across various countries. Moreover, he has also visited most of the states in America.

Chef Majumdar has also enjoyed a relatively successful career in print media. These include book titles like Eating for Britain and Eat my Globe. His work on television is highlighted by appearances on shows like The Best Thing I Ever Ate and Cut-throat Kitchen. Read about Simon’s net worth, and his wife, Sybil.

Simon and his wife, Sybil Villanueva, reportedly met back in 2010 in Brazil. At the time, Chef Majumdar was backpacking across South America, in one of his missions to sample new cuisines. Sybil is Filipino-American as far as her nationality is concerned.  Simon and Sybil were married the very same year they met.

Evidently, it was love at first sight. Simon would even decide to officially relocate to Sybil’s native country, America so that the two of them could be together. As of 2021, Simon and Sybil have been married for 11-years. They do not have any children yet.

Simon Majumdar has multiple sources of income that contribute to his net worth. For one, he is an established food critic and writer who works with Time Out LA. Additionally, he has also made a decent amount of money from his work in literature. To date, he has three popular titles available in the market. 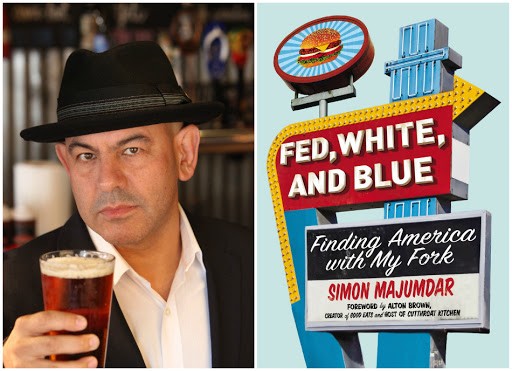 The successful chef as well as writer, Simon Majumdar’s book, Finding America With My Fork

One of his books, Finding America With My Fork, is available for $9 on Amazon. Another way Chef Majumdar makes his money is through conferences where he is invited to speak. In some instances, his audiences are also privy to cooking demonstrations from Simon. Other than that, he also hosts private dinners for VIPs.

Another source of income stems from his work on television. He is a prominent face on the Food Network. Over the years, he has appeared on shows like Tournament of Champions, Supermarket Stakeout, Guy’s Grocery Games, and Good Eats. It is widely reported that Simon earns around $50,000 for every season of the Iron chef he appears in. As of 2021, Chef Simon Majumdar’s net worth is reported to be $700,000.

Simon was born back on April 7th, 1964 in Rotherham, United Kingdom, which makes him 57 presently. Looking at his ethnicity, we found that Majumdar is mixed. His father, Pratip, was an Indian immigrant who relocated to the UK, while his mother, Gwen, is Welsh by descent. Growing up, Simon had four other siblings.

In an interview, Majumdar revealed that food is something that runs in the family.

Interestingly, Simon also documented his weight loss journey on his Twitter account. By 2015, he was only 10 pounds short of getting back to his original weight prior to the start of his journey abroad.