Is Amanda Freitag Married? Her Net Worth, Restaurants. 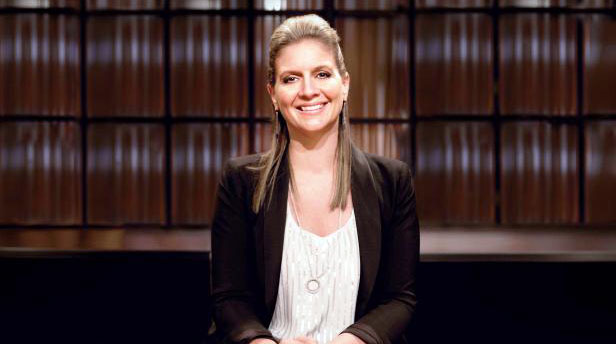 Amanda Freitag is an American professional chef who has had the privilege of working under some experienced chefs in America. Moreover, she is a recognized television personality, famously known for being the judge of the Food Network’s shows Chopped and America Diner Revival. She is also a restaurateur who has launched numerous restaurants. Read this to know if Amanda Freitag is married to a husband. Amanda Freitag’s net worth and restaurants.

The birthday of this amazing chef is the 11th of May 1972. Amanda’s parents, Paul Freitag and Kathleen Freitag, raised her in Cedar Grove, New Jersey. Likewise, she grew up with two brothers; Jason Freitag and Justin Freitag.

As for her education, this American chef graduated from Cedar Grove High School in 1987. After graduation, Amanda wanted to pursue a career in cookery. She loved cooking from an early age. Hence, she wanted to become a professional chef someday.

Currently, Amanda is a commonly-known household name who is a chef, television star, and a successful restaurant owner. 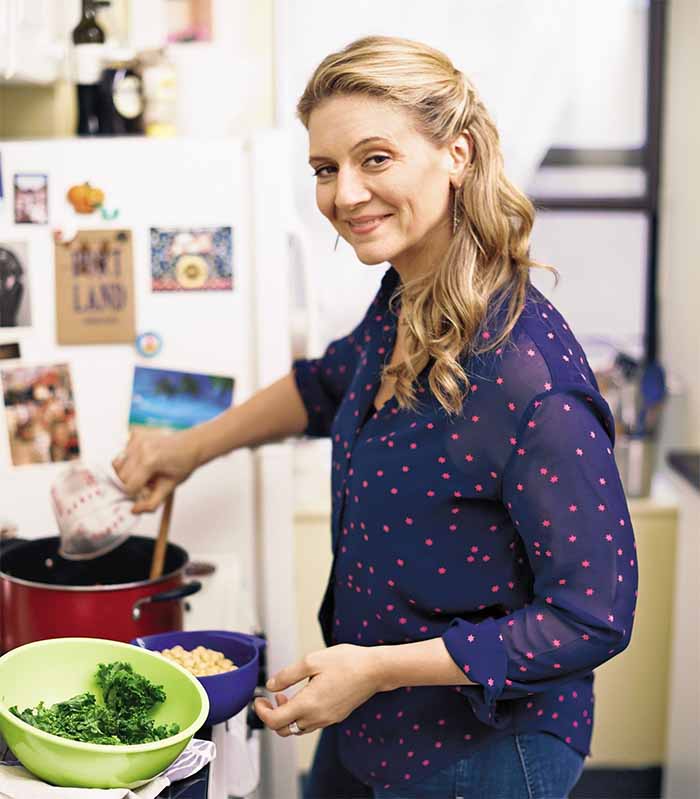 Amanda Freitag in the kitchen.

Is Amanda Freitag Married to Husband or Dating a Boyfriend?

Celebrity lives are often transparent to the public’s eye. The reason is because of the fans who wish to know every bit of their personal details.

However, Amanda Freitag has managed to keep most of her personal life away from the media. As a result, no one knows for sure whether the 48-year-old has married anyone. Moreover, she does not appear with a man in any of her social media posts.

However, her relationship status is somewhat bemusing. Rumors regarding Amanda’s relationship began circulating in 2012. The rumors came into existence after she made a tweet back in August 2012, which shed some light on her love life.

Amanda had tweeted a birthday wish to her alleged-husband, who went by the Twitter name ‘Ekfman57’.

Moreover, that person replied with a statement, “my awesome wife.” Although this man’s identity has not been revealed, it seems that he is a huge hockey fan who lives in Pennsylvania.

After her tweet, she didn’t mention the user for a long time. Later, in February 2014, Amanda replied to a fan saying that she wasn’t married to anyone.

After silencing the rumors of her marital status, she fell into another rumor regarding her sexual orientation. People doubted her for being a lesbian back in June 2015 when she posted a rainbow heart on her Twitter.

But the rumor faded away after some time as the post only meant that she was supporting the LGBTQ community. There is no evidence that holds this rumor to be true.

Amanda Freitag has garnished a huge fan following due to her fame. Hence, they want to know her exact net worth.

As of 2021, this co-star of Food Network has a net worth of over $3 million, while her annual income is close to $1 million.

Her huge income comes from Amanda being an executive chef, celebrated TV personality, and restaurant owner.

Moreover, Freitag has recently expanded her business in the culinary world. So, the number in her net worth is expected to rise in the future.

She has been a judge in the Food Network’s show Chopped for a long time and also has co-hosted a show called American Diner Revival. Additionally, she has made numerous appearances in shows such as Iron Chef America in Battle: King Crab, The Martha Stewart Show, to name a few.

Apart from her tv career, she accumulated a huge fortune through her cooking skills as she has worked for various restaurants. She even was chef de cuisine at Cesca and an executive chef position at The Harrison, which paid her in huge amount.

Freitag and restaurateur Godfrey Polistina opened the Upper West Side restaurant Cesca Enoteca & Trattoria, where Amanda had worked as chef de cuisine in 2013. However, Freitag left the restaurant in recent years.

In September 2020, Freitag opened her first restaurant in Downtown Dallas, Texas, the USA, by the name Rise and Thyme. The restaurant is the second to open in AT&T’s Discovery District. Rise & Thyme serves American bistro-style food, including pasta, sandwiches, patty melts, breakfast pastries, and baked goods.