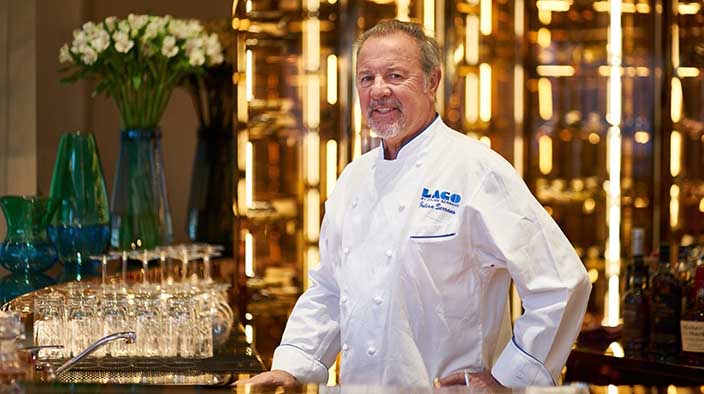 Julian Serrano is a world-renowned chef, native of Madrid, who currently lives and works in the United States. He was born in Madrid, Spain, and spent his early life there, until finally moving to the United States to pursue his dreams in cooking.

He first got his fame in San Francisco and later started his award-winning restaurants in Las Vegas, especially Julian Serrano Tapas. In his early life, he didn’t plan on becoming a chef.

Rather, he wanted to travel worldwide until realizing that he needed a skill that would allow him to make money in any part of the world. Thus, he began his interest in cooking and the culinary world.

He started his career in the cuisine industry by attending a culinary school at the age of 16. Serrano has graduated from the Escuela Gastronomie P.P.O. Hotel Management School in Marbella, Spain. Likewise, he followed his fondness for French cuisine and was able to travel across Europe, where he worked for the best restaurants in France and Spain.

While he was working in Europe, he spent his time in most celebrated kitchens such as Lucas-Caton in Paris, Hotel de France in Auch, France, Chez Max in Zurich, and L’Auberge in Munich, which helped to gain more knowledge in French cuisine. 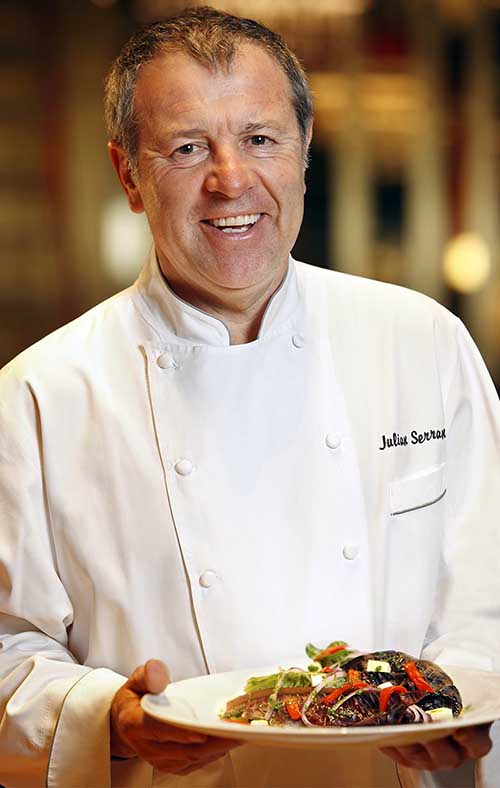 The Net Worth of chef Julian Serrano has not been revealed publicly, but most of his fortune comes from his various owned restaurants in Las Vegas.

His increasing popularity in the culinary world helps him make his appearance in TV cooking shows, which eventually adds up to his net worth. Lastly, he earns via paid promotions from his social media and website.

After working for a short period of time in Miami and Nashville, Serrano moved to San Francisco, where he assisted in opening Masa’s Restaurant under the restaurant’s founding chef’s personal guidance, Masataka Kobayashi, in 1983.

In 1998, Serrano became the executive chef of Picasso by bringing his Mediterranean-French cuisine to Bellagio in Las Vegas.

Julian always wanted to open a Spanish-style restaurant. This desire of his came true when MGM Resort International offered him a contract to open a restaurant at Aria Resort and Casino in Las Vegas in 2009.

He signed the contract and opened the restaurant at the same resort. Since Julian wanted the restaurant to be Spanish-styled, he traveled across Spain to find the perfect designer, which he got in the form of Gente de Valor.

He then traveled to DC to meet a fellow chef from Madrid, chef Jose Lopez Picazo who later became the chef at Julian Serrano Tapas.

In April 2015, Serrano opened his Italian-styled restaurant, Lago, at Bellagio.

In the present day, he is active in the culinary world, and he consistently continues to produce unforgettable flavors and excel in everything he does. His restaurants have maintained high standards, high quality, and consistency all along these years.

As a result, there is no information about his wife. But scrolling through his Instagram, we can find the image of him with her daughter, Este Serrano, and grandson.

Chef Julian Serrano is a two-time winner of the prestigious James Beard Foundation Award; Best Chef Pacific in 1998 and Best Chef Southwest in 2002.

In the following year, Esquire magazine named the restaurant Julian Serrano Tapas as one of the Best New Restaurants of the year. The restaurant also received another award of Best of Award of Excellence from Wine Spectator Magazine in the year 2011.