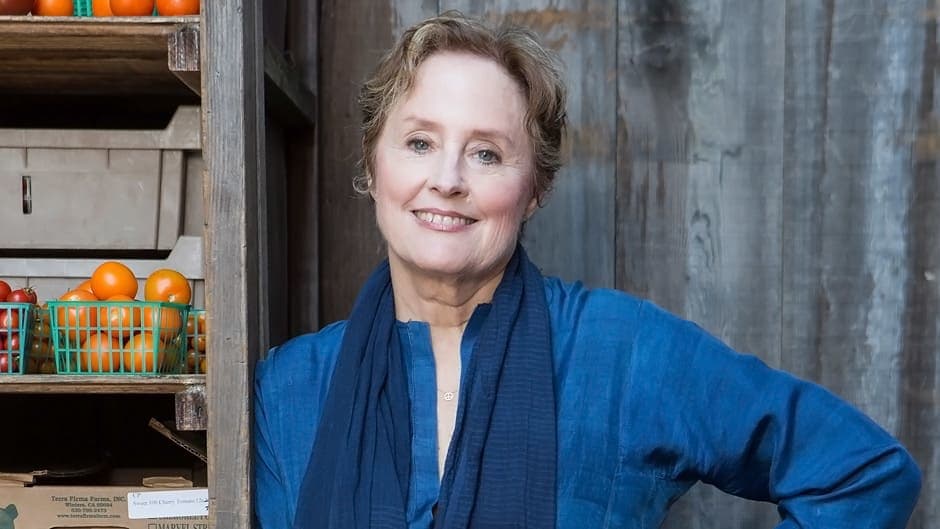 There was a time when people of all ages were completely into the consumption of commercialized fast foods. As a result, numerous health issues, such as obesity, were on the rise. But there was a woman whose aim was to educate people about good food choices and promote consuming locally raised foods by organic farmers. This woman was Alice Waters.

Read this to know about American chef Alice Waters’ restaurant, her net worth. Also, details about her husband Stephen Singer and daughter Fanny.

Who is Alice Waters?

Alice Louise Waters is a professional chef and an owner of her extraordinarily successful restaurant Chez Panisse.

More than that, she is most famously recognized as a quality-driven entrepreneur committed to providing healthy organic food products to consumers. Besides that, she is also an activist who has founded numerous public policies and promotes healthy eating habits. 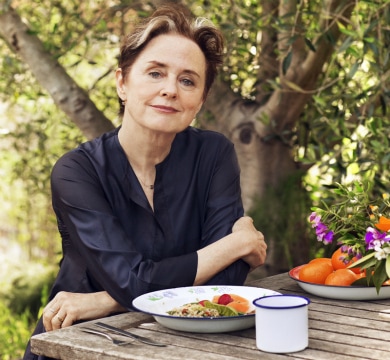 Alice Waters was born to Charles Waters and Margaret Waters on the 28th of April, 1944. She learned a great deal about business from her father, who was a business psychologist and management consultant.

Alice attended the University of California, Berkeley, where she graduated with a degree in French Cultural Studies in 1967.

During her time in the university, she had the opportunity to study and work in France. There, she shopped for locally produced food items and prepared fresh and healthy foods for consumers.

Alice was truly inspired by how the Europeans savored a meal. After returning to America, she decided to cultivate that style in the US. She made the concept of utilizing local products for cooking popular in Northern California.

Back in 1971, Alice opened her own restaurant by the name Chez Panisse with the same philosophy. The idea of forming an organic restaurant came ever since she became a devotee to organic foods.

She believed that such foods are better for human lives and contribute to the betterment of the environment, and are far superior to commercially grown non-organic foods.

Alice was always chasing after taste in foods. While doing so, she wounded up at the doorstep of organic farmers. She understood that organic ingredients were essential for creating delicious foods.

As a result, she has formed multiple networks with organic and local farmers and dealers to bring her the best organic ingredients for her restaurant.

This is the reason why Chez Panisse has obtained much success. Back in the late 70s, she was the one to provide and promote organic foods in California.

A wide array of peculiar dishes came out from her kitchen, which was largely unknown to Americans. In a few years, her food items trended across the country, and for this, she is often regarded as the founder of modern American cooking.

Chez Panisse was getting profitable every year, and Alice decided to expand her restaurant to Chez Panisse Café in 1980. Two years later, she opened a new one, Café Fanny, in the name of her daughter.

Café Fanny used to serve casual breakfast and lunch in a European-themed setting. However, the café was closed down in 2012.

According to multiple genuine sources, this famous 76-year-old American former chef and activist is estimated to have a net worth of above $118 million.

She has been able to muster all this wealth from her profession as a chef and by being a restaurant owner. Besides this, she also earns from her published books and involvement in various social work.

Alice Waters established Chez Panisse Foundation in 1996 with the objective of creating projects that would educate school children to grow and produce healthy foods.

One of such projects was Edible Schoolyard and Edible Education, whose prime aim was to promote the environment and social well-being and nurture the youths with healthy food education.

Alice Water’s restaurant kept increasing its popularity, which led to her creating Chez Panisse Menu Cookbook in 1982. In the following years, she wrote numerous cookbooks such as Coming to My Senses: The Making of a Counterculture Cook.

She is also a supporter of the Slow Food movement; whose aim is to promote locally grown food products and go against the consumption of fast foods. Alice’s influence in organic foods and nutrition is also recognized by Michelle Obama’s White House organic vegetable garden.

Alice is happily married to her husband Stephan Singer. The couple doesn’t appear in the media to share their love story. They prefer to keep their love life in the shadows. As a result, there isn’t much information about the couple. Other than the fact that the pair have a daughter named Fanny

Stephan is a professional wine consultant who has a retail store in San Francisco named Singer & Foy Wines. He was born in Tulsa, Oklahoma. Stephen completed his education at UC Berkeley with a bachelor’s degree in Critical Theory.

Initially, Alice Water’s husband Stephen Singer was a painting enthusiast, and later, he immersed his passion into music, sculpture, architecture, and business. He later stepped into an entrepreneurial career in the wine and food business.

In subsequent years, he found himself working as a wine retailer, importer, distributor of Italian oils and vinegar, and wine director at his wife’s Chez Panisse restaurant. 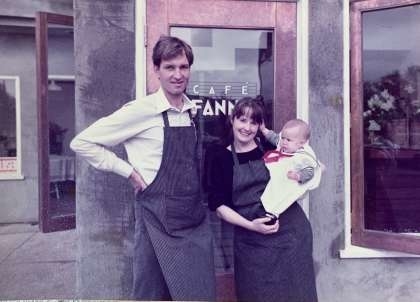 In recent years, Stephen Singer has been concentrating on gaining a deep understanding of viticulture and the winemaking process. Due to this, he has opened Baker Lane Vineyards with the aim of producing sustainably grown Viognier (white wine grape), Syrah (red wine grape), and Pinot Noir.

Fanny Singer is the first and only child of the Singer family. She was born on the 15th of August 1983 in Berkeley, California.

Unlike her mother, Fanny has a different choice of career. She graduated from Yale University and later attended Royal College of Art and University of Cambridge to study design and art history. 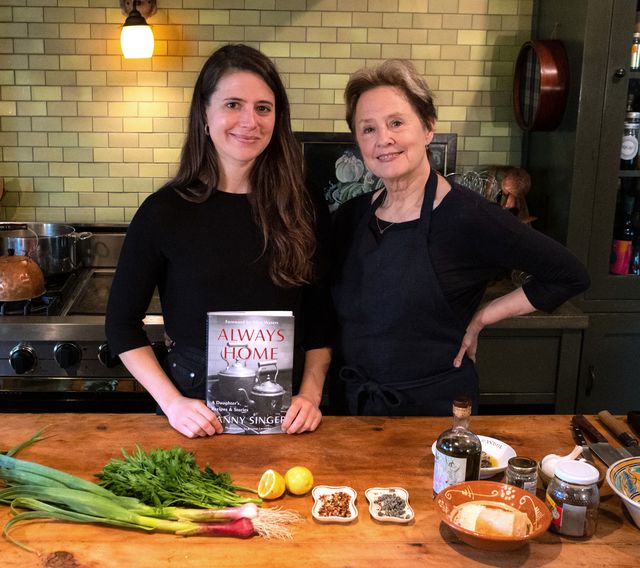 Fanny Singer and her mom

Her parents have a café that is named after her. However, Fanny has nothing to do with the café itself. Rather, she has launched her own artistic items business by the name Permanent Collection which she co-founded with her school friend Mariah Nielson. The duo also worked as curators at The Serpentine and Tate Modern.

Besides this, Alice Water’s daughter Fanny Singer is also a book author. She recently published her book Always Home: A Daughter’s Recipes & Stories and is available on Amazon.

Currently, she has a fan following of 35.6K on Instagram. Meanwhile, Permanent Collection has 23k followers on Instagram.