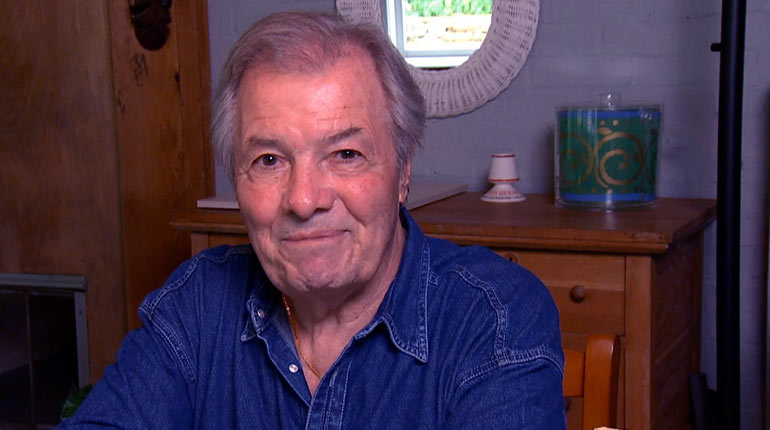 Jacques Pepin is a French Celebrity Chef, writer, culinary instructor, and reality television personality. He is synonymous with the PBS show, the complete Pepin. Stay with us to know chef Jacques Pepin’s net worth.

In regards to his work as an author, Jacques is credited with works such as La Technique, which was released back in 1976. A lengthy career in the culinary arts has seen him collect accolades like the Légion d’honneur, as well as about 20 different James Beard Awards.

Journey with us as we explore 11 facts you should know about Pepin. These include details about his wife and granddaughter.

The two met up in the mountains sometime in the 60s. At the time, Gloria was on ski-patrol, while Jacques was teaching up at the school. Gloria was instantly attracted to him, though funnily enough, she thought he was gay because Jacques’ was very good looking! Despite her doubts, Gloria decided to go for it, booking a lesson with Pepin. 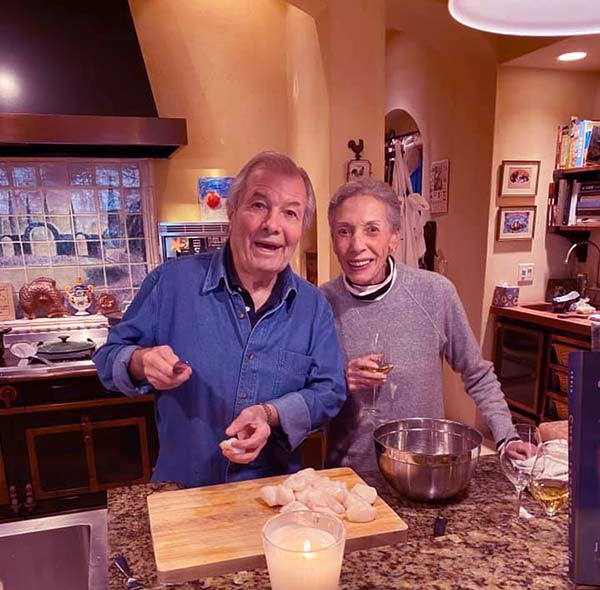 Unfortunately for her, things did not go very well on her first attempt. Jacques constantly reprimanded her for every single mistake she made. According to Gloria, he found mistakes everywhere!

However, she was not discouraged. Gloria booked a second lesson, this time, determined to make a better impression. Her strategy worked as Jacques invited her back to his place. They gradually started dating.

Even though they hardly had any money to their name, the two decided to tie the knot on the 18th of September 1966. Luckily for them, Jacques knew a lot of chefs who were open to helping him cater to his wedding. Pepin was so committed to making the day a memorable event that he had to be pulled out of the kitchen twenty minutes before the ceremony began!

The growing family of Jacques Pepin and wife Gloria Pepin first lived in New York City before settling in Madison. Connecticut. This is where Jacques transformed an abandoned house into a rural Utopia. They led a simple, albeit marvelous life: catching frogs, gardening, and painting.

It was a modern-day fantasy. After nearly 54 years of marriage, the two have one daughter and a grandchild. Their daughter’s name is Claudine; she is the mother of Shorey.

Five years ago, Jacques Pepin was the victim of a minor stroke, which left the whole family worried. However, he made a full recovery and is doing much better.

Chef Pepin is a man with multiple revenue streams. For nearly a decade, he served as a special consultant to Howard Johnson. Other than this, he has also worked on television shows like Ugly Betty, whose popularity meant that he was well compensated. 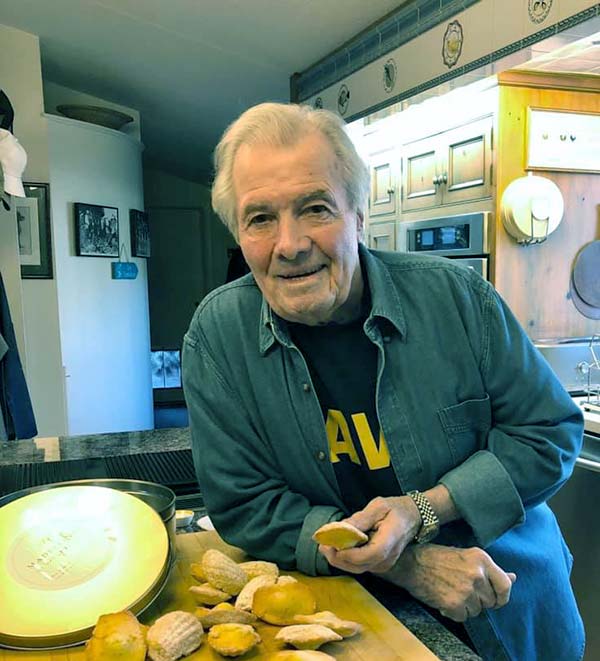 Additionally, Jacques also receives significant royalty cheques from books like Jacques Pepin’s Simple and Healthy Cooking, which retails for $15. One of his other films, The Apprentice: My Life in the Kitchen, goes for $10. His writing career has also included stints at the New York Times and Food & Wine. As things stand, Jacques Pepin’s net worth is $20 million.

Gloria Pepin is still very much alive. The rumors of her death, while not without merit, are not true. People have her confused with another woman who shares the same name.

Her obituary suggests that she passed away on the 1st of November 2014, aged 82. However, as we have already said, this is not the same woman who is married to Jacques Pepin. Jacques Pepin’s wife is still very much, still alive. Gloria featured on a PBS special several years after this other woman died.

Claudine Renee Pepin was born on the 16th of December 1968 and is 51 as we write. She is the only child of Chef Pepin and his wife, Gloria. Claudine is her father’s daughter in every sense of the world. In her mid-20s, she was already following his footsteps into the culinary world. 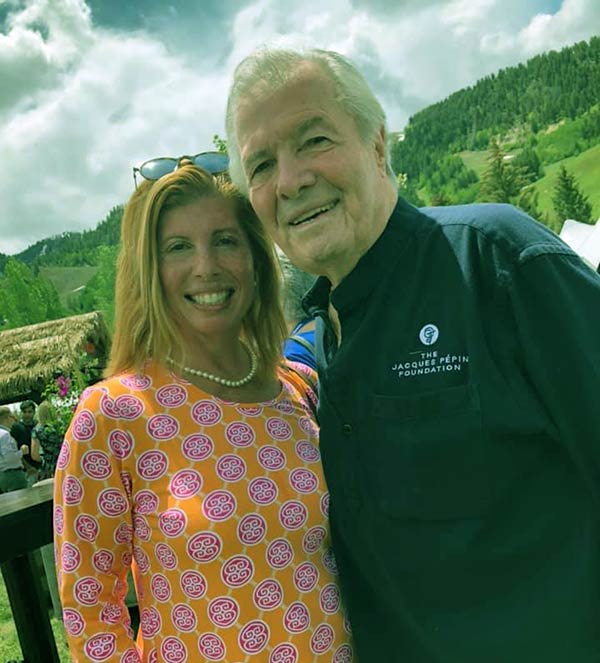 She and Jacques worked together on the show titled ‘Cooking with Claudine’ back in 1995. Jacques used this platform to teach his daughter everything he knew about cooking.

Claudine’s educational background also includes a degree in International Relations from Boston University. By 2003, she was walking down the aisle with fellow chef, Rollie Wessen. They have one child together, a daughter named Shorey Wessen.

He has a granddaughter, Shorey.

Chef Pepin is the grandfather of Shorey. There is not a lot of information on Shorey. We were able to uncover that she and her granddad are very close.

In fact, they even spend a lot of time in the kitchen. The two even went on the Wisconsin Public Radio to talk about their experience together in the kitchen. 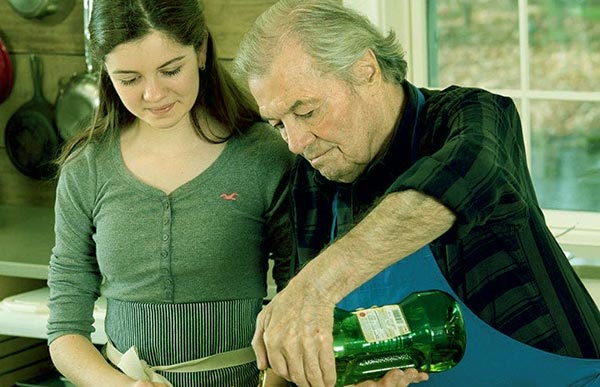 Jacques grew up alongside two other brothers in Lyon. He was the middle child. In a bid to pick themselves up after the Second World War, Jacques’s parents, Jean-Victor and Jeanette started ‘Le Pelican.’

This was the first restaurant that Jacques would work in. A few years later, he was brought on to intern at Le Grand Hôtel de l’Europe. He’d later find his way to Paris.

Like many young men at the time, Jacques also served in the military. His skills in the kitchen were so lauded that he was given the recommendation to cater for the Treasury Office.

For his education, Jacques went to Columbia University, where he acquired the equivalent of a GED.

Some of his mentors include Helen McCully and James Beard. The former introduced him to Julia Child, who became his lifelong friend.

Jacques Pépin was born on December 18th, 1935, in Bourg-en-Bresse, France. He is set to turn 85 later this year. Pepin is as warm, friendly, and clever as they come. It shouldn’t be surprising considering that he is a Sagittarius.

Chef Jacques started this restaurant back in 1970. It is located along 5th Avenue in New York City. The establishment mostly focused on French Cuisine. During its initial run, the establishment was quite successful; this was especially true since it was featured several talk shows. Unfortunately, the place is no longer open. 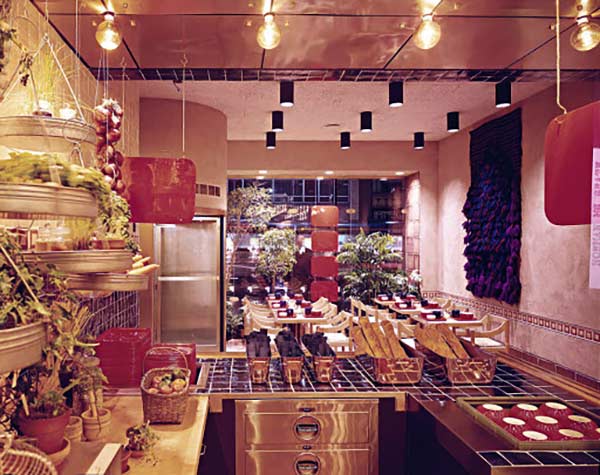 Chef Jacques is very active on Facebook, where he has over 750,000 followers. Like most culinary enthusiasts, Pepin’s page is a dedication to his work. In a few posts, he goes on to talk about life in Connecticut, and the availability of fish in the area. There is also a link to his foundation available on his page.

All we could find on Instagram was a page set up for his foundation. To date, it has a following of 53.7K. He has recently taken to promoting a cause that was aimed at raising money for families that have had to deal with cancer. One of the ways they are raising money is through a Cook-A-Thon, which will feature the likes Ming Tsai and Jose Andres.