Anna Olson Husband Michael Olson, Her net worth, and Bio. 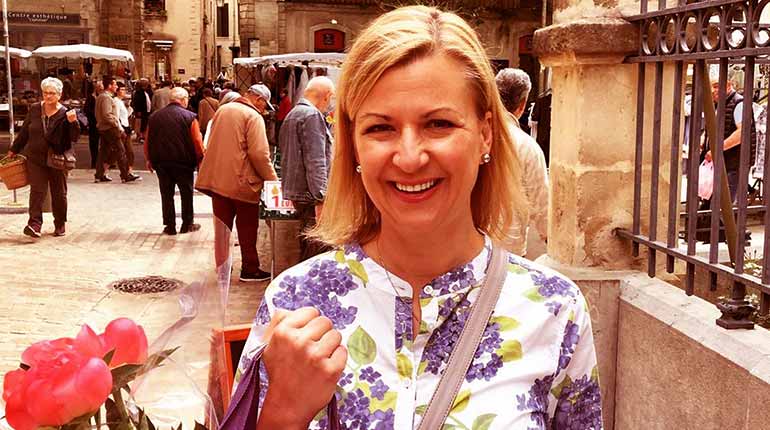 Anna Olson is an American-born pastry chef, cooking show host, and cookbook author. She hails from Atlanta, Georgia. However, her family later immigrated to Canada. Olson is popularly known for working in various cooking shows like Bake with Anna Olson, Sugar, and for her Twitter cooking videos, Sweet Something.

Anna’s culinary skills have made her a sought-after chef and a favorite for many culinary industry advertisers. Her career has not only earned her fame and fortune, but it also has bagged her a husband who is also a chef. See facts about her family and net worth in our article.

She is married to Husband Michael Olson.

Anna met her husband in 1995 while working in a restaurant in Jordan, Ontario. The two shared a common passion for culinary arts, and it wasn’t long before they fell for each other. The duo exchanged their wedding vows four years later in 1999.

Anna and husband Michael Olson’s love story is a very fascinating one and involves a muffin. Yes, you read it right. The National Post asked chef Michael how he knew that Anna was the one. He said that one day they shared a muffin, and Anna ate the bottom soft part and left the crunchy top part for him. 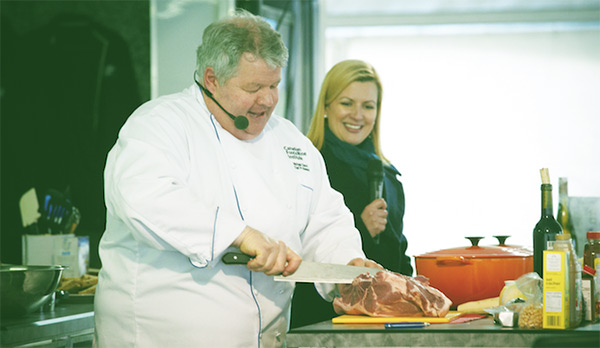 Immediately, it dawned on him that Anna was his soul mate. Who knew that muffins not only have the power to make our mouths water but also that they could be used by cupid to match the couple?

Anna also gave her side in the same interview, and for her, she knew Michael was the one when she heard his voice. Michael had called her for a work-related issue, but his deep, yet kind and confident voice made her swoon. The couple has a daughter, Mika, from Michael’s previous relationship.

A mini-bio on Michael Olson.

Ann Olson’s husband Michael is a Canadian chef who works as a professor at the Canadian Food and Wine Institute at Niagra College. Olson hails from Saskatchewan in Western Canada. Michael decided to pursue a career in culinary arts when living in Japan, where he played semi-pro hockey. When he returned to Canada in 1985, he enrolled at George Brown College. There, he studied culinary management.

After graduating, he hit the ground running and opened his restaurant. Afterward, he got various jobs as a chef in various Canadian restaurants. After 13 years of working as a chef in restaurants, he went on to become a professor at the Niagara Culinary Institute.

Anna Olson and husband Michael ventured into the restaurant business in 2004. They operated the business for some years, after which they sold it off. Michael has also co-written cookbooks with his lovely wife.

Anna Olson’s net worth is $8 million. Her income sources come from her salary from the many cooking shows that she has hosted or co-hosted. Ann also makes a great amount with endorsements and advertisements from major culinary brands like Starbucks and Splenda. 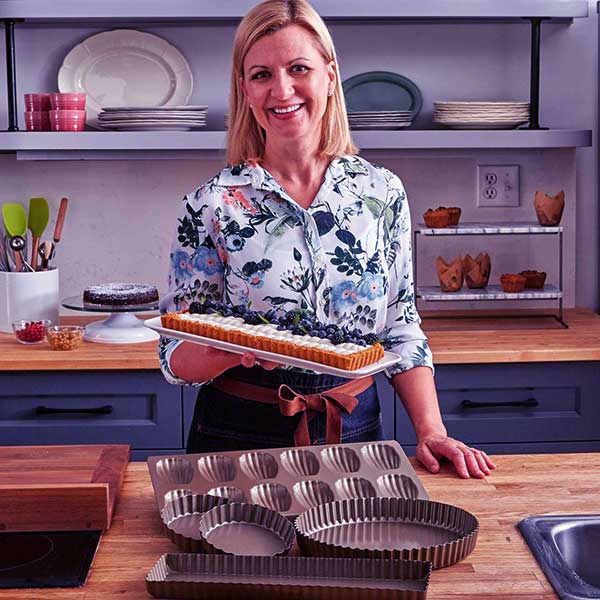 Anna Olson’s Wiki and other facts.