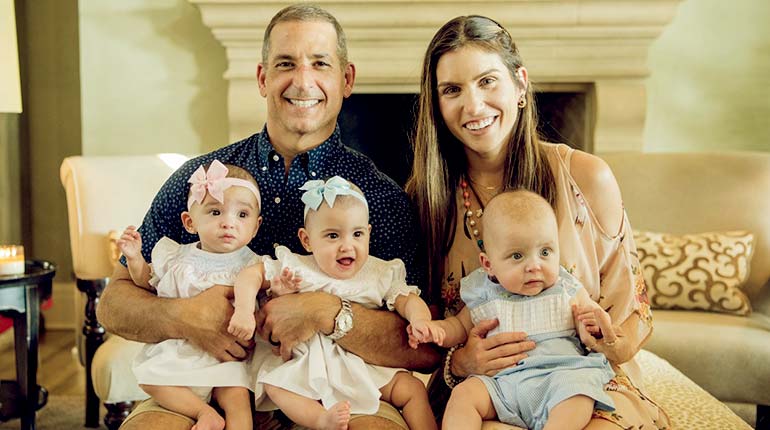 If you have been following shows on the food network religiously, you must have come across the celebrity chef Bobby Deen. Get to know more about Bobby Deen. Read to know Bobby Deen Net Worth. Also, meet his wife Claudia Lovera and their Triplets.

Who is Bobby Deen?

Bobby Deen is an American chef, restaurateur, and television star. He is famous for his popular show ‘Not My Mama’s meals.’ The 49-year-old celebrity chef also features on his mother’s television shows, Paula Home Cooking and Paula’s Party with his brother and mother.

As a restaurateur, Bobby Deen operates the restaurant ‘Lady and Sons’ in Savanna, Georgia, together with his mother and brother. 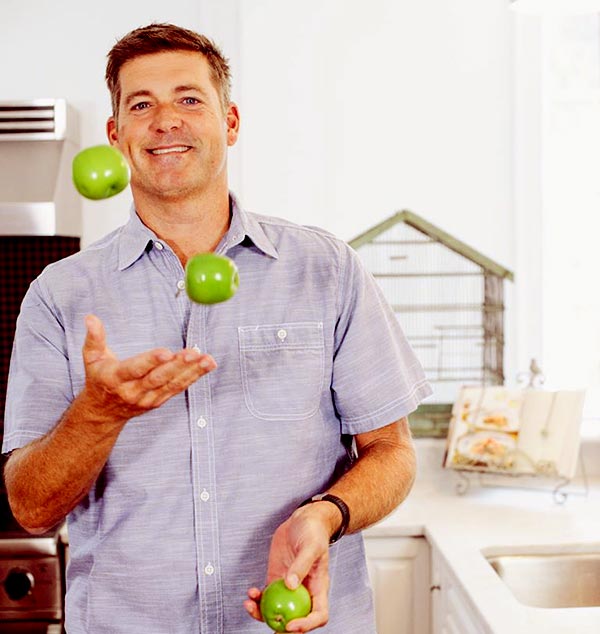 Bobby Deen is a happily married man. So far, he has enjoyed 6 years of a joy-filled marriage with his wife, Claudia Lovera. The duo got engaged on 24 th April 2013.

In respect of the bride’s family, Bobby Deen and wife Claudia Lovera’s wedding was conducted in both English and Spanish. 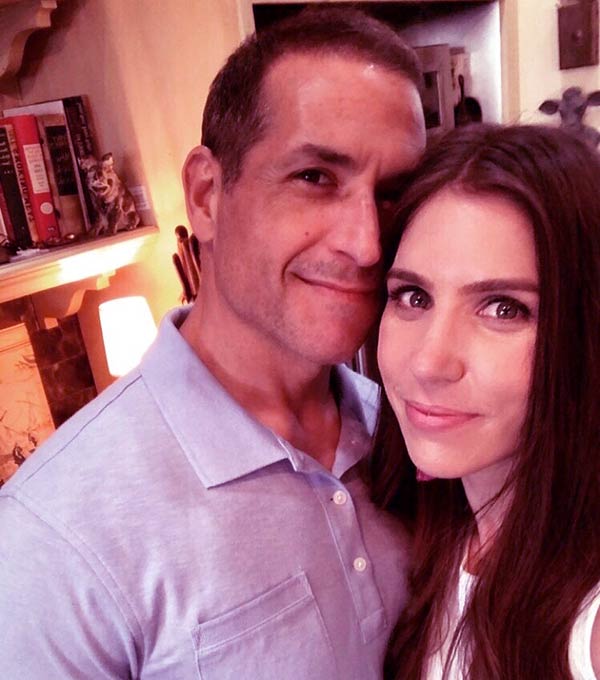 Bobby Deen and Claudia Lovera are now proud parents of triplets. From their Instagram posts, they seem so deeply in love with each other.

Claudia Lovera is a television producer famous for producing films such as Cleansed, Last Confession, and Dollface. She is Venezuelan and a graduate of Savanna college of art and design.

Claudia is very secretive when it comes to details concerning her age and date of birth. She has never disclosed her birth date.

According to her social media pages (Facebook and Instagram), Claudia Lovers is a blogger. She owns the website www.thetrendysmoothie.com. On the website, Claudia Lovera shares her experiences as a mother and marathoner. Interestingly, she also shares beauty, fashion, travel, and wellness tips with her fans.

In 2019, Bobby Deen’s wife Claudia took part in Sunburn half marathon. She ran 13.1 miles. Just recently, she participated in the Louisiana Marathon.

As of 2020, Bobby Deen’s net worth is a whopping $4.9 million. He brings in cash mainly from being a professional chef and from TV appearances in several cooking shows. Also, Bobby is an author of books about cooking.

He’s a co-author 4 of the books with his brother Jamie Deen. These books include; ‘The Deen Bros. Cookbook- Recipes from the Road,’ ‘Y’all Eat,’ ‘Take it Easy,’ and ‘Get Fired Up.’ 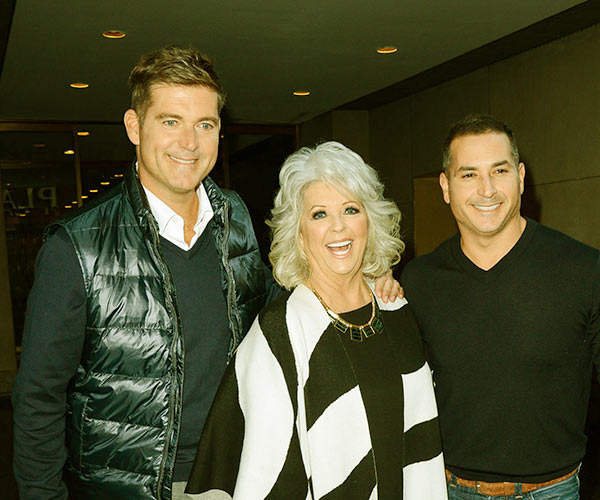 In 2013, Bobby Deen released his first independent book titled ‘Mama’s table to mine.’ The book is now a new York Times bestseller.

Looking at his television career, Bobby Deen first appeared on TV in 2006. He and his brother Jamie Deen cohosted the show ‘Road Tasted,’ which premiered on June 11, 2006, on the Food Network.

Later on, they decided to call it quits to concentrate better on working in the family restaurant.

In January 2012, Bobby Deen created his show ‘Not My Momma’s meals.’ The show, which airs on the cooking channel, documents the activities of Bobby Deen as he tries to create more healthy meals by editing some tiny details on his mother’s recipes.

As mentioned earlier, Bobby Deen is a proud parent to 3 children, triplets. The triplets, two girls and one boy were born on October 16, 2018, and named Olivia Maria, Amelia Ann, and Linton. Olivia Maria is named after Claudia Lovera’s mother.

On the other hand, Amelia Ann was named after Paula Ann, (Bobby Deen’s mother). Unfortunately, they were born prematurely, when Claudia was only 26 weeks and 4 days pregnant. Therefore, they had to stay in the hospital for a whole 3 months.7

At the time of their birth, Linton and Olivia weighed only 1lb and 12 oz while Amelia weighed 21 lbs.

Prior to the triplet’s conception, Claudia Lovera and Bobby Deen had a hard time making a baby. Claudia suffered from infertility issues. Luckily, she underwent successful intrauterine insemination (IUI).

Allegedly, Bobby Deen’s first wife was Katy Mixon. The truth about their marriage remains unknown. Reportedly, they stayed together from 2010 to 2013.