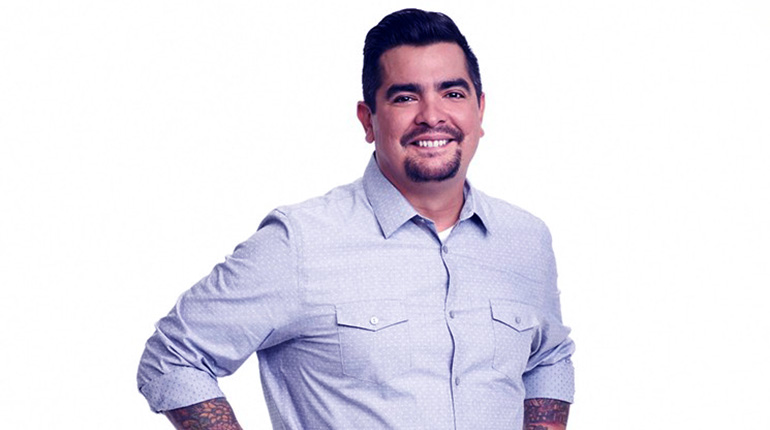 Aaron Sanchez is a cuisine expert, writer, humanitarian, and reality TV host who has featured on series like Taco Trip and Heat Seekers. The Johnson & Wales University graduate is also the proprietor of Johnny Sanchez, an establishment based in New Orleans. Looking at his career in literature, we learned that he has a book out in the market titled ‘Where I Come From.’

Does he have a wife? What is his net worth? Find out everything there is to know about his tattoos. On top of this, we will list 11 interesting facts about Chef Aaron.

Who is Chef Aaron Sanchez?

Chef Aaron Sanchez is a television personality who featured on the Food Network special, ‘Chopped.’ The show followed sixteen participants who put their cooking skills on display and compete for $50,000. Its first episode aired on January 13th, 2009, and it was called ‘Octopus, Duck & Animal Crackers.

Over a decade later, and the show is in its 44th season! So far, there are about 572 episodes available for viewing. With nearly 146 episodes under his belt, Chef Aaron is one of the longest-serving members of the show. The series has picked up three Critics’ Choice Television Award for Best Structured Reality Show Awards. 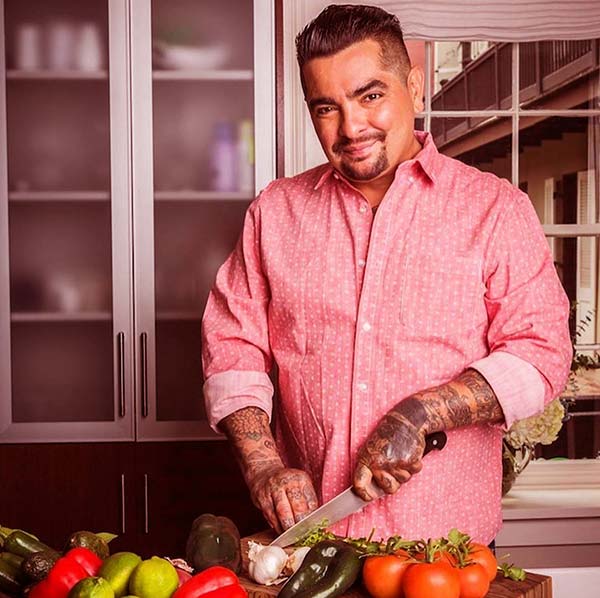 Sanchez’s long-standing commitment to the culinary arts has seen him earn a James Beard Award for Television Studio Program. As if that was not his enough, news of his prowess reached the POTUS’ years. Can you guess what happened next? He was invited to the white house to be a guest host!

Chef Aaron Sanchez has also proven to be a shrewd businessman over the years. He has made good use of his popularity by partnering with IMUSA to release a line of cooking products. Other than this, the Food Detectives actor is also a humanitarian. All this has helped build his net worth.

How old is Aaron Sanchez?

Chef Aaron was born on February 12th, 1976, in El Paso, Texas. He turned 44 years old a few months back. Aquarius men usually come off as intellectual, charismatic, and thoughtful. We should also add that they are quite fiery! It explains Sanchez’s personality.

His other television shows.

The Chopped judge has appeared in several different television shows, dating all the way back when he made his Food Network debut on the Melting Pot. The show ran for two years, giving him the chance to work with another chef, Alex Garcia.

From then on, he has featured on several shows. These are Food Detectives, Unique Eats, Aaron Loves New York, and The Iron Chef America Series. Most recently, Aaron has been a guest host of Simply Ming and 24 Hours to Hell & Back.

Chef Aaron has multiple sources of revenue. He owns several restaurants, such as the Centrico, for instance, which help generate a significant amount of money. Sanchez also makes money from his published works. Simple food, Big flavor, for example, retails for $17. Another book, La Comida del Barrio, is on sale for $14 on Amazon.

The Iron Chef America star receives a significant chunk of money in the form of royalties for his books. Lest we forget, he has also featured in over ten shows! All of this has helped him boost his net worth, and keep the wife (back when he had one) happy.  Aaron Sanchez’s net worth is $4 million.

It is no secret that the Chopped judge loves ink. His entire upper body is a canvas that he has filled with tattoos. Aaron has tattoos spread across his back, chest, arms, shoulders, legs, hell, it’d be easier listing the parts of his body that aren’t inked! In an interview he did, he said that part of his identity as a chef is a persona that echoes rebellion.

He always strives to go against the norm. Though he has admitted that at least one person is not a fan of all the tattoos, his mother! Interestingly enough, Aaron is also the part-owner of the New York-based tattoo parlor, Daredevil tattoo.

Aaron is the former husband of a Jazz singer, Ife Sanchez Mora. She is a native of Detroit and was born back in 1977. The 43-year-old artist is the daughter of two musicians. Her father, who was from Mexico, was also a jazz musician. Remarkably, it was the same genre of music her mother was interested in as well! 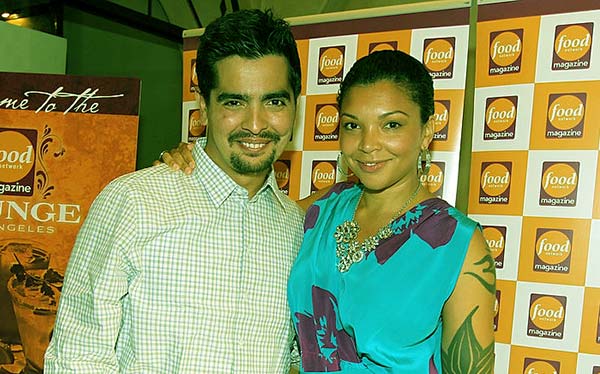 Growing up, she got the chance to learn from legendary musicians such as Miles Davis and Sun Ra. Recently, Ife released an album titled ‘Fire Inside of Me.’ Aaron and Ife, in all likelihood, met sometime in the mid-2000s. By 2009, they were walking down the aisle. Unfortunately, the pair of them only lasted four years before they got a divorce.

Chef Aaron Sanchez, former wife Ife, has even detailed the fall of their relationship in her recent album. By the look of things, Aaron is not romantically involved with anyone at the moment.

He has a Twin, Rodrigo Sanchez.

Yes, Aaron has a twin. Rodrigo and the Chopped judged are two peas of the same pod. Yet they couldn’t be any more different if they tried! One is a tattooed celebrity chef, and the other is a New York City-based lawyer. 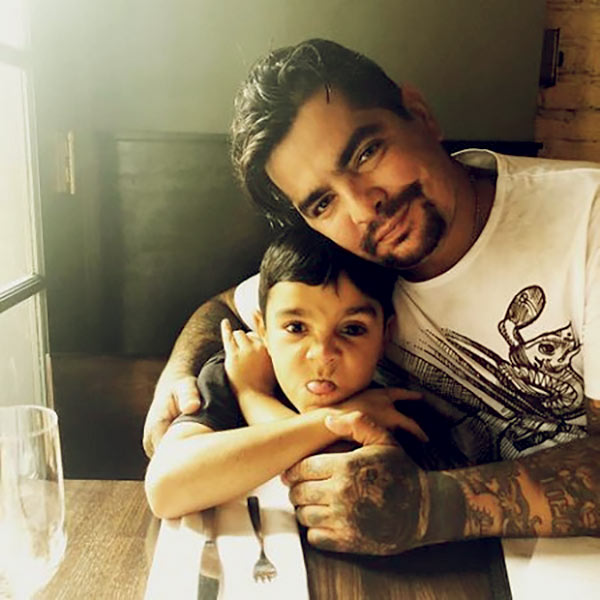 Caption: Aaron with his son Yuma

The Where I come from the author is part owner of the New Orleans based restaurant, Johnny Sánchez. Aaron and his business partners open the establishment back in 2014. 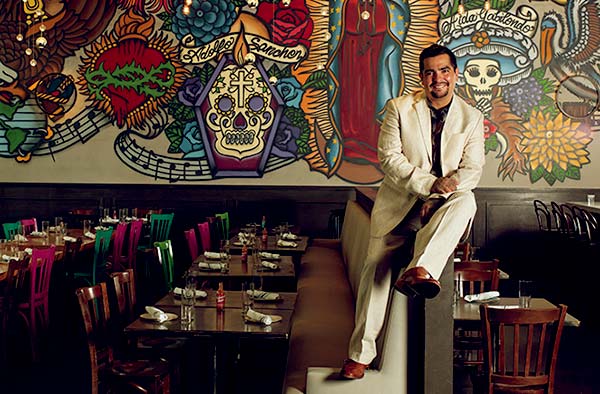 A few years before this, Sanchez also helped run Centrico, which was a restaurant that specialized in Mexican cuisine. Unfortunately, the New York-based establishment closed in 2012.

Another venture he was part of came even earlier than this. It was at the turn of the millennium when he partnered with Eamon Furlong to launch Paladar. The establishment was officially opened in 2001 and even went on to receive the New York Best New Eastside restaurant of the year award. 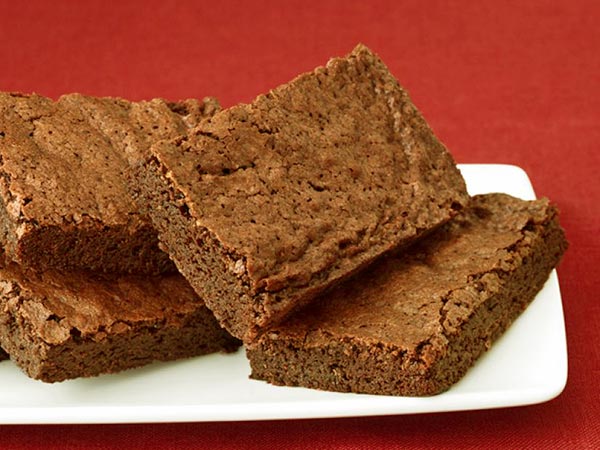 Aaron Sanchez is very popular on Instagram. His handle has 583,000 followers. Most of his posts relate to the culinary arts. Just recently, he made a chorizo tortilla to commemorate Cinco de Mayo. It is a holiday that celebrates Mexican culture. His site also has a link to some of the blogs which Aaron contributes to.