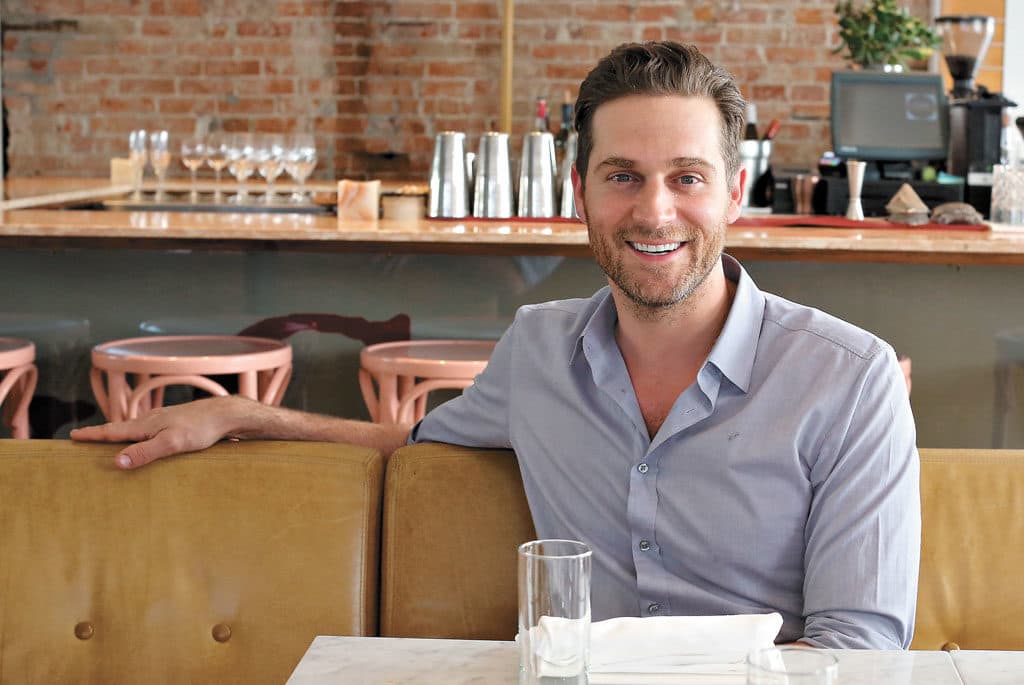 Cory Vitiello is an Italian-descent Canadian chef and restauranter who is famously known for being the former partner of the current Duchess of Sussex, Meghan Markle. He is also a famous celebrity chef in his hometown who is the head of culinary development at Cactus Club Café. Read this to know if Cory is married to his wife.

Cory Vitiello was born and raised by his parents in Brantford, Ontario, along with two brothers. Although born in Canada, Cory was conceived by a Swedish mother and an Italian father. Every month, Cory and his family visit their Italian grandparents and cousins in Fort Erie. 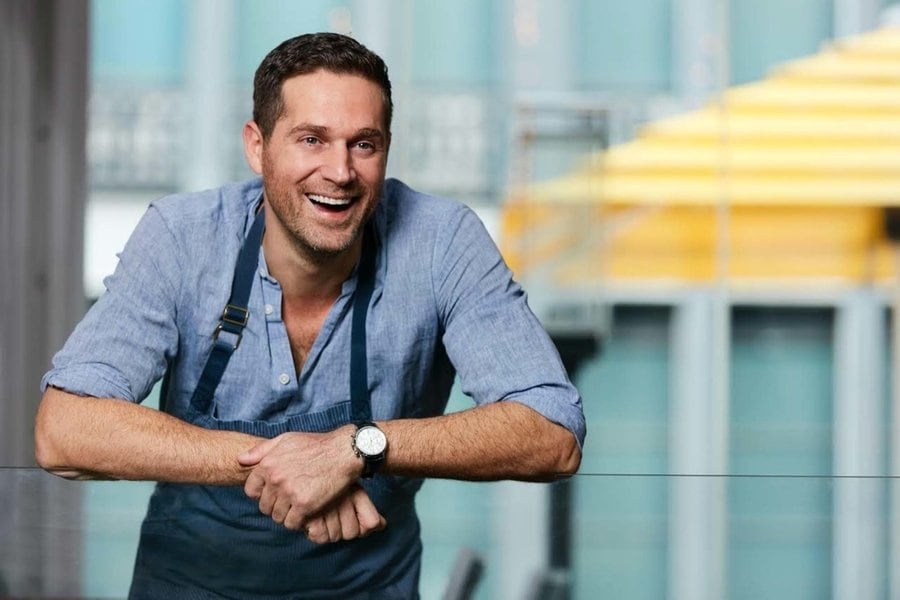 Perhaps because Cory carried Italian blood, he was influenced by culinary industries since a very young age. Moreover, when he was only 7 years old, he would ask for Easy-Bake Oven and cookery toys for Christmas and birthdays. It could clearly be seen that Cory was passionate about becoming a chef.

Talking about his education, Cory studied culinary arts in one of the best chef training schools in Ontario, Stratford Chefs School. There, he passed with flying colors and got the opportunity for an apprenticeship at Scaramouche Restaurant in Toronto.

Currently, Cory is a high-profiled chef and a celebrated personality who owns numerous restaurants in Canada.

Is Cory Vitiello married to his Wife?

As of now, Cory has not confirmed whether he is married. However, he has been in some relationships in the past and is currently dating someone. Before any of his former girlfriends turned into his wife, they had to go their separate ways. 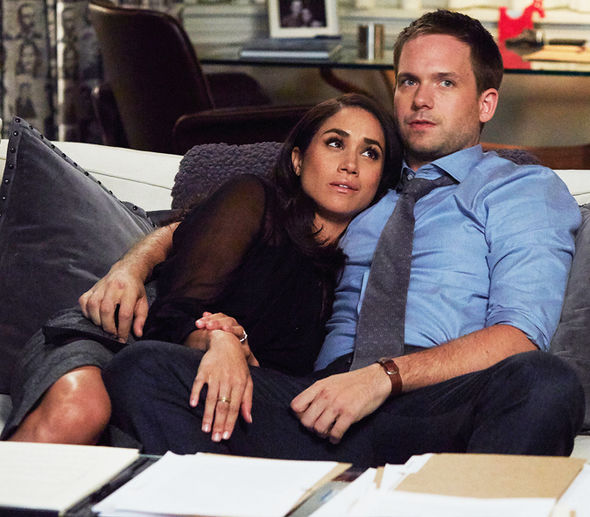 Previously, Cory was in a romantic relationship with an American woman named Meghan Markle, the new wife of respectable Prince Harry of the United Kingdom. The couple started dating in 2014 but sadly, ended their lovely relationship in 2016.

The duo was rumored to be dating when they dropped numerous hints on their social media by posting intimate images of the duo. Back then, Meghan was a struggling television series actress who was shooting for the series Suits.

Cory and Meghan met each other in a pasta restaurant in Toronto. Since then, their love started to brew. Meghan would be seen spending a considerable amount of time with Cory’s parents, like going on a vacation or simply enjoying supper.

Looking at them, it seemed as if Cory Vitiello and Megan were obviously in deep love with each other. And it was only a matter of time when they would formally be announcing their marriage publicly. However, things did not go as expected.

Meghan went on a European tour that included Prince Harry. After returning from the tour, the media was buzzing with the news regarding the love affair between the actress of Suit and a royal family member.

This eventually led to the separation of Cory and Meghan. Nonetheless, there are no bitterness and ill will between the ex-couple.

Later He was in a Relationship With Martina Sorbara. 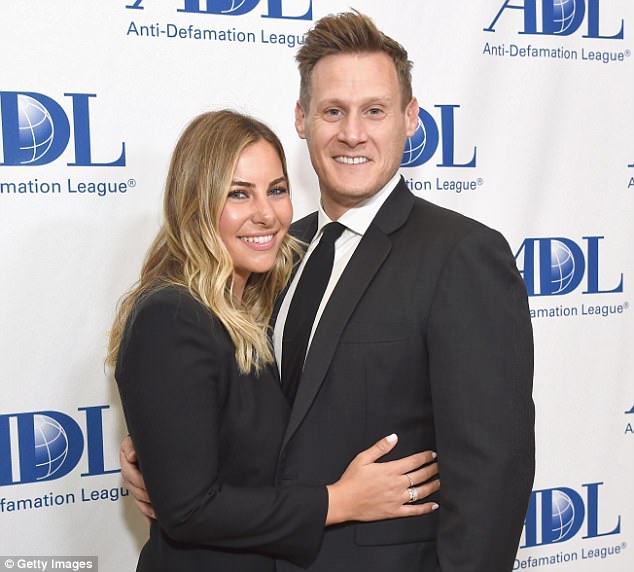 Following the disheartening news of the former couple’s breakup, Cory went on to date a fellow Canadian singer Martina Sorbara who is from Maple, Ontario. Martina is a frontwoman of the rock band, Dragonette, which was formed in 2005.

Both Martina and Cory were a match for one another in the aspects of being food lovers. The couple currently resides in a house near High Park.

In an interview with Foodism, Cory elaborated that the duo is finally spending plenty of quality time together with their newly-born son ever since Cory parted ways with his former restaurants.

Does Cory Vitiello have any children?

While not confirming the marriage with his second wife-to-be former girlfriend, Cory does have a child with Martina Sorbara.

Within just 2 years of their relationship, Cory and Martina conceived a son to whom they named Barlow. The couple was blessed with their only son in September 2018. Barlow is 2 years of age as of 2021.

What is Cory Vitiello’s Net Worth?

Despite being a highly recognized figure in the culinary business, Cory Vitiello has chosen to remain tacit when it comes to revealing a majority of his personal details. As a result, there are no genuine reports of this Canadian chef’s net worth.

However, by taking a glance at this chef’s success in his professional career, one can say for sure that he whoops in a net worth of approximately $4 million.

A majority of his income comes from his illustrious career as a head chef and his possessed restaurants. Initially, he began his career as a sous-chef at Australia’s Cecconi in the year 2003. He returned to Toronto the following year and began working as a chef de cuisine in Toronto’s Drake Hotel for nearly 3 years, from 2014 to 2017.

During the year 2015, Cory made his presence on television as a contestant for a Canadian cooking competition show, Chef in Your Ear, but later got eliminated. Cory’s popularity began booming and was destined to be a culinary star someday.

His hard work and dedication towards cookery were finally noticed by the people in Toronto when he was voted for the best new chef in Toronto by EnRoute magazine.

So far, Cory has opened three restaurants in Canada which turned out to be a great go-to restaurant for local people. They were Harbord Room, THR & Co., and Flock. Harbord Room was a French bistro that served dinners and takeaways in Toronto, which was permanently shut down in late 2016.

Similarly, THR & Co and Flock are sister restaurants that serve salads, Italian cuisines, and Cory’s special chickens. These restaurants were quick enough to rank in top tier charts in Canada.

Currently, Cory is the head chef of the culinary development at Cactus Club Café.

Cory is a social media charm who never misses a day in sharing his everyday life with his fans and followers. Most of the time, he posts pictures of a variety of foods that he cooked himself. Similarly, he also shares adorable videos of his newly-born son.

Cory is available on Instagram only where he has 14.3k followers.