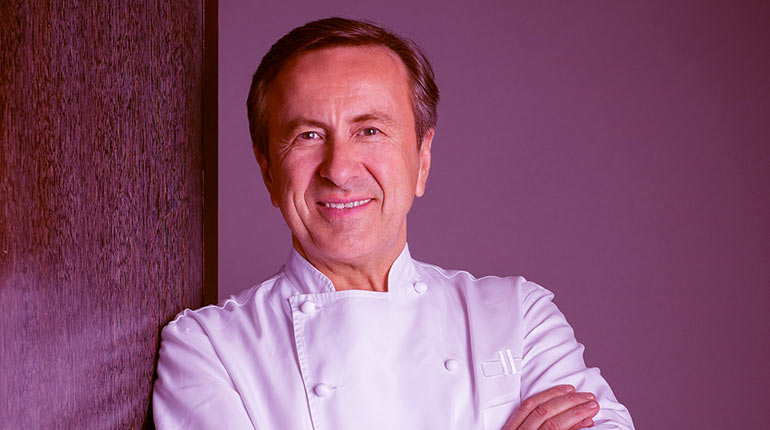 David Boulud is a French chef and restaurant owner. He is best known for his New York restaurant, Daniel (1993), rated two stars by Michelin. He owns several other restaurants in the U.S. and internationally as well. The renowned chef grew up in Lyon, France.

He started learning his culinary art at the age of 14 from respected chefs. By 21, he was already a sous-chef. He worked briefly in Copenhagen and moved to the United States in 1982, as a chef in The European Commission. Learn more about his life and career in the paragraphs below.

The famous chef Daniel Boulud’s Net Worth is whopping $12 million. His income is sourced mainly from the various restaurants that he owns, the most notable being, Daniel, in New York.

Aside from this, he draws revenue from thirteen other similar establishments. All these put together make him a hefty profit as he is one of the most recognizable food experts in the business.

He has also written many cookbooks, which also have contributed to his wealth. Daniel Boulud’s Salary from various tv shows also adds up to his net worth.

Daniel Boulud has established an impressive portfolio of restaurants internationally. He owns 14 restaurants all over the world, with over 1300 employees.

As aforementioned, his most recognized restaurant is Daniel, in New York, which is rated two stars by Michelin. Daniel is best known for its world-class European cuisine, cellar, and hospitality.

The restaurant’s menu features flavors from the world over and includes seafood, wild game, vegetables, most delicate meats, and fruits. 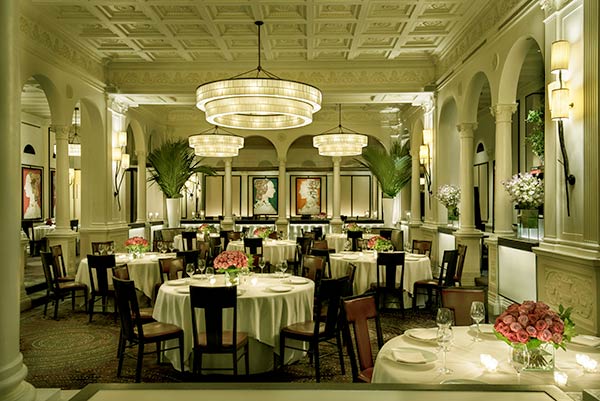 Daniel Boulud Bistro Moderne in New York serves seasonal fare from France and traditional pâtés and terrines. In Boston, the Bar Boulud is the Chef’s wine and French bistro bar.

The famous Chef and restaurateur married Katherine Gage in June 2013 in Glenmere Mansion, which is part of the Relais & Chateaux luxury hotel chain.

Katherin had worked with Daniel Boulud for five years, and the chef said that she keeps him ‘young.’ The chef revealed that he lives together with his wife on Manhattan’s Park Avenue to Globe and Mail, where, on Sunday nights, they cook together with Alix, his daughter. 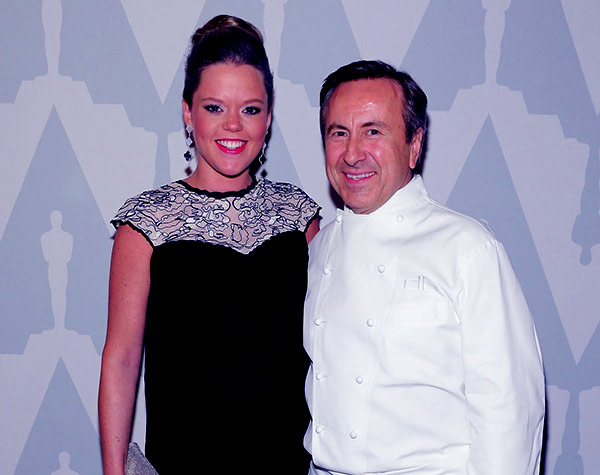 Katherine Gage is the owner of the website, Miel Et Lavande. The website details Kathrine’s adventure travel articles, restaurant recommendations, food news, and her recipes such as Fava Beans, Chilled Zucchini Soup made with Black Olive Crostini, and Hangar Steak with Farro Risotto and Almond Pavlova with Summer Berries.

Katherine attended culinary school in Florida and got a job at Café Boulud Palm Beach as she was studying to learn French fine dining kitchen fundamentals. She got a job a year and a half later, in New York, at Restaurant Daniel in the catering division.

The restaurateur was married for 23 years to Micky Boulud. The couple got married in 1986. Together they have a daughter, Alix Boulud.

The couple met in Chelsea in a jazz club where Micky had gone with her friends. Daniel was working at Plaza Athenee, and since his kitchen had closed, he had decided to go to the jazz club, and there he met with his future wife. The couple separated in 2009 and got divorced in 2010. 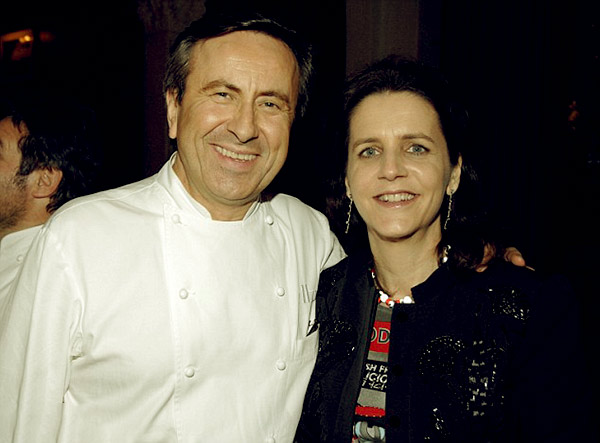 Micky Boulud was the daughter of a French mother and an American father. She was raised in Lausanne. Not much else is available in regards to information.

Daniel Boulud has one daughter with his ex-wife, Micky Boulud. His daughter’s name is Alix Boulud. Alix was born in 1990. She is a co-founder of the Tufts Culinary Society. 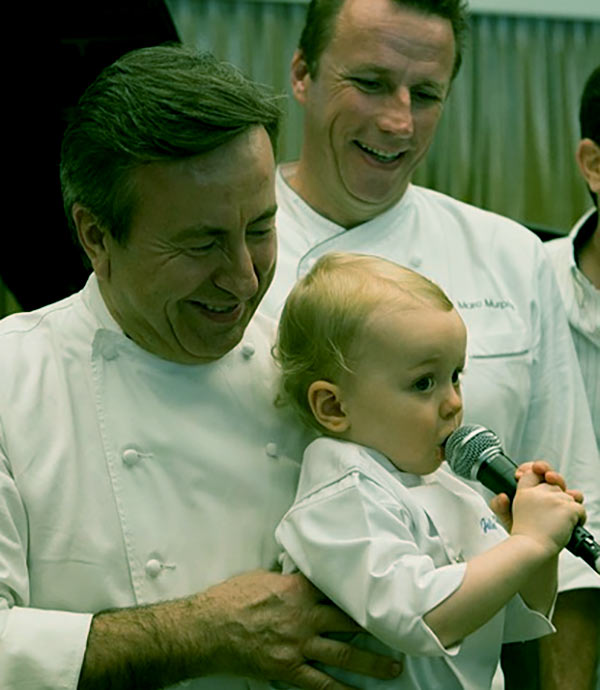 The chef is active on Twitter, where he has 102.7 K followers. His Twitter handle is @DanielBoulud. He likes posting videos and photos related to cooking.

A quick look at his page, and it is evident that he is in the culinary industry. It show’s that cooking is the man’s passion and something he has been doing for a prolonged period.

Pot Au Feu Royale at Le Cirque is one of his best recipes. It comprises of truffled chicken, beef shank, veal shank, poached foie gras, sweetbread, cured duck, short rib, and tenderloin beef that is made rare in a concentrated broth of vegetables.

Sea Scallops in Black Tie is another recipe that has scallops, spinach, and pastry with Daniel’s twist. Madeleines are another of his best, which are pastry-based.

The original DB burger is also one of his best recipes, which is a gourmet burger. Paupiette of sea bass is another recipe which the chef created containing potato, sea bass, leeks, and some red wine.