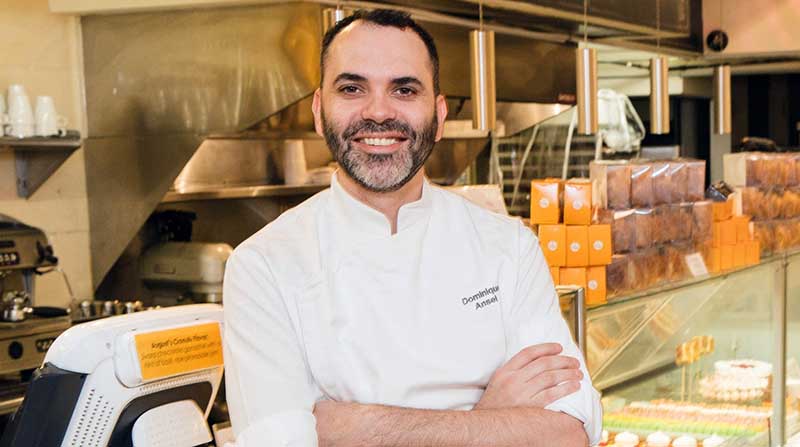 Dominique Ansel is a French pastry chef who is best known for creating some of the world’s mouth-watering pastries. However, he is particularly famous for his signature pastry; the cronut, a croissant-donut hybrid. Read this to know Dominique Ansel’s wife and net worth.

He has also created some of the other most feted pastries in the world, like The Cookie Shot, Frozen S’more, Blossoming Hot Chocolate, and many more.

As for Dominique Ansel’s birthdate, it is on the 3rd of January, 1978. He grew up with his older sibling in a small city in Paris called Beauvais. Moreover, Ansel’s relationship with cooking began from a young age.

At the age of 19, he completed his military service in French Guiana, which was part of a community program that taught the locals how to cook.

While Ansel has not revealed his education in detail, but he is known to have graduated from a local high school. Upon graduation, Ansel started working at a local restaurant, where he picked up his interest in pastry.

Moreover, throughout his illustrious career, he has worked in countless restaurants and hotels in different parts of the world. After gaining years of experience, not only did he become a fine chef, but als0 the proud owner of his own restaurants as well. 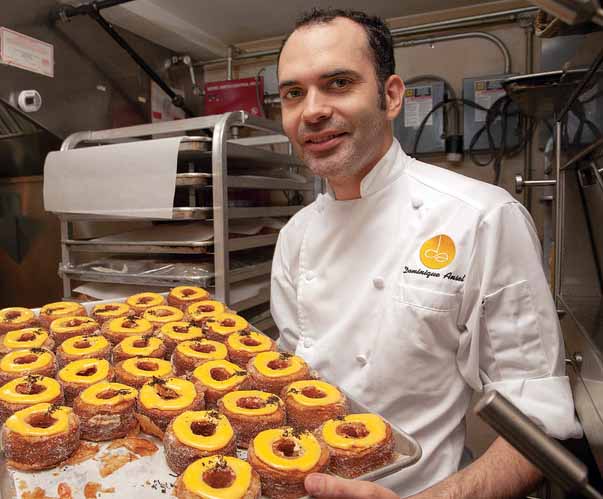 Ansel’s career as a chef began when he started working in the kitchen of Patisserie Peltier in Paris. A year later, he moved to the legendary bakery Fauchon and spent seven years working there. Eventually, he took charge of Fauchon’s international expansion. Throughout his tenure, he helped set up shops in Russia, Egypt, and Kuwait as well.

Likewise, Ansel wanted to take his expert pastry knowledge to different parts of the world. Therefore, in 2006, Dominique moved to New York City to serve as the Executive Pastry Chef of a renowned restaurant, Daniel.

After working there for six consecutive years, Ansel helped the restaurant earn its coveted third Michelin star and a four-star review from The New York Times. Truly. Ansel proved to be a valuable asset where he goes.

Undoubtedly, Dominique is a fantastic pastry chef who prepares authentic desserts. Because his pastries are one of a kind, his fans eagerly want to imitate his technique. However, they fail to do so.

Hence, he is also an author of his own cookbooks, where he gives out his recipes. Some of his published books are Dominique Ansel: The Secret Recipes, which was published in October 2014, and his second cookbook, Everyone Can Bake: Simple Recipes to Master & Mix that published in April 2020.

Undoubtedly, both of his cookbooks are well received and are positively reviewed by the critiques as well.

Dominique is a recognized celebrity chef for a reason. In 2013, Ansel’s special, cronuts, became an international sensation which helped him to gain huge fame.

Similarly, his popularity landed him on various television shows. Some of his prominent appearances on shows are The Jimmy Fallon Show and Good Morning America.

Likewise, he also appeared in The New York Times and other prominent news outlets.

Dominique Ansel is currently the owner of various restaurants and shops launched in the United States of America.

Firstly, in 2011, he opened his bakery called Dominique Ansel Bakery. The patisserie was an instant success that received a plethora of awards. Similarly. he has also opened Dominique Ansel Kitchen in West Village, New York City.

Looking at his restaurants’ success, he decided to expand his bakery and patisserie business in various locations throughout the world like Hongkong and London.

Specifically, Ansel has a restaurant in Hongkong by the name Dang Wen Li and Dominique Ansel Treehouse in London.

However, during the 2020 Covid-19 outbreak, he had to close Dominique Ansel Treehouse due to the financial difficulties caused by the pandemic.

Is Dominique Ansel Married to his wife?

According to multiple reports, Dominique is currently in a loving relationship with his girlfriend, Amy Ma. Amy is a Taiwanese who is also a chef by profession.

Moreover, the couple is believed to be dating since 2010. However, they have not yet married. Perhaps it is the rigorous work schedule that does not allow the couple to tie the knot.

Nonetheless, the pair work out their schedules to spend quality time with each other. Moreover, Ansel recently became a father to his son in May 2020. Currently, Ansel lives with his wife-to-be girlfriend, Amy Ma, and their newly-born son in Columbus Circle. 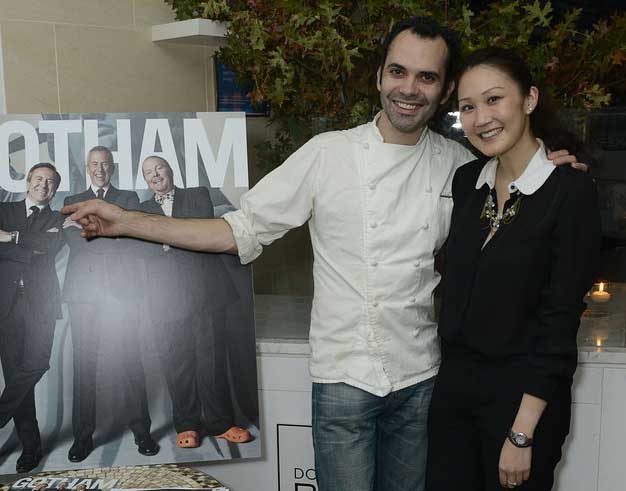 Net Worth and Income Sources

As of 2021, Dominique Ansel’s net worth is estimated to be somewhere around $1 million to $5 million.

Ansel accumulated this huge net worth because of his long career in the culinary world. Likewise, he is the proud owner of several restaurants, which helps him to make huge profits. Apart from his restaurants and his culinary skills, he is also an author who earns from his bestselling cookbooks.

Dominique has earned several awards and achievements throughout his career, including Business Insider’s Most Innovative People Under 40 and Vanity Fair France’s 50 Most Influential French in the World.

Likewise, Dominique won the prestigious James Beard Award for Outstanding Pastry Chef in the nation and was one of Crain’s 40 Under 40 in 2014.

The following year in June 2015, he has bestowed the Ordre du Mérite Agricole award, the second-highest honor in France, for his dedication to promoting French cuisine and culture. He was also named the World’s Best Pastry Chef by the World’s 50 Best Restaurants Awards.

Lastly, he falls under Dessert Professional’s Top 10 Pastry Chefs in the United States and Time Out New York’s Top Ten Pastry Chefs You Need to Know.