Gail Simmons Husband Jeremy Abrams. Her Net Worth, and Facts. 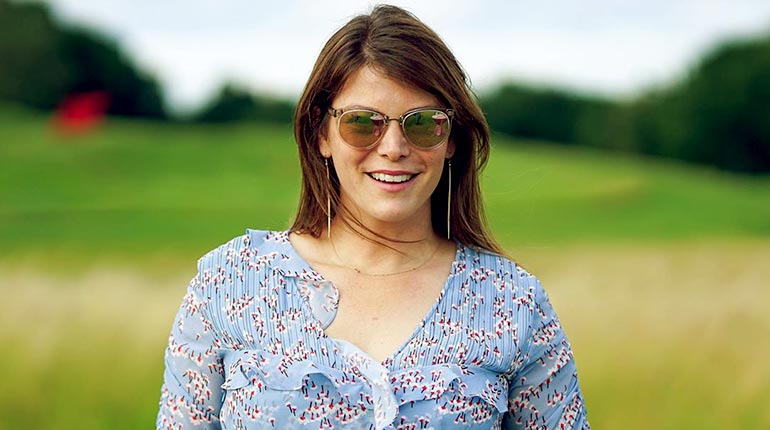 Gail Simmons is a Canadian celebrity chef, cookbook author, and food writer. She is best known for her work on the hit reality cook show, Top Chef, where she was a judge. Gail then became the host of the show’s spinoff, Top Chef: Just Deserts, which focused on baked desserts.

In 2014, she got the chance to be featured as the co-host of The Feed. Gail also has a book entitled Talking With My Mouth Full: My Life as a Professional Eater. Join us in Simmons’ food-centric world to meet her family and see her net worth.

Her Husband and Kids.

Gail Simmons is married to her husband, Jeremy Abrams. The duo exchanged their wedding vows on August 17, 2008. The ceremony was held in Long Island City in New York. It’s been over a decade since their wedding bells rang, and they are still in love.

The couple went to the same college, Western University, in New York. According to sources, that was where they met. Subsequently, they started dating, and as it is said, the rest is history. The couple is blessed with two children named Kole Abrams and Dahlia Abrams. 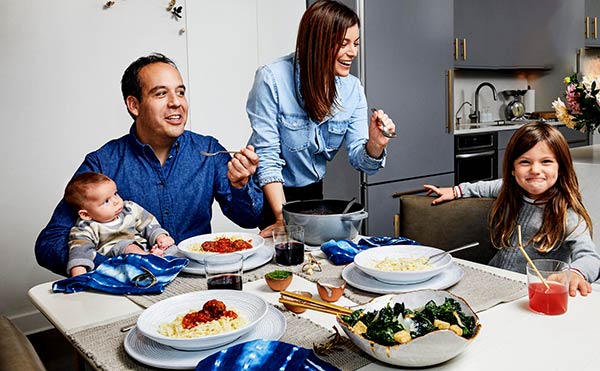 Jeremy Abrams is a businessman based in New York. His wife disclosed that he has set up a successful business for over 12 years. That means that he is laughing all the way to the bank and we couldn’t be happier.

Gail Simmons’ husband Jeremy Abrams keeps a low profile, and his social media accounts are private. Thankfully, his wife gives us a closer look at their relationship through her Instagram. She loves posting photos of herself with her hubby and kids from time to time.

Her income comes from multiple streams. Some of them are her salary from cook shows like Top Chef, her cookbook sales, and her food writing opportunities. 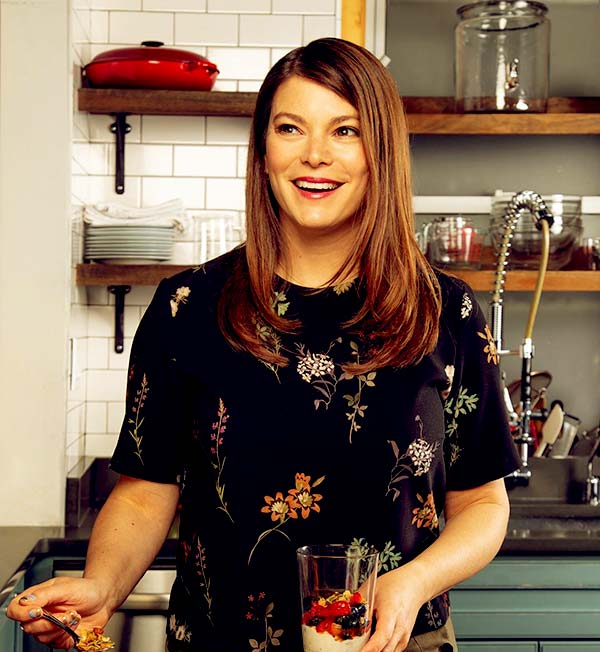 Gail Simmons has been estimated to be worth about $2.5 million.

A look at her Social Media.

Gail Simmons is an active social media user. Her favorite site is Instagram. Her Instagram handle is @gailsimmonseats. She has amassed a large following of 185K.

Her account serves as an outlet where she can share her personal life moments and also market her work. A quick scroll through Gail Simmons’ photos will reveal the many pictures of the dishes she has made. Her favorite food photos are of various baked desserts.

Gail also loves posting photos of her children and husband. On an Instagram postdated 17th March 2020, we see Gail’s little boy giving cooking a shot. He is wearing his diapers while holding a cooking spoon. Gail hilariously captioned the photo saying that she is now putting her kids to work, and there would be no more freeloading.

We love an adorable baby photo posted by a mom with a good sense of humor. On another photo posted on January 3rd, 2020, we see Gail with her two kids looking at the ocean and enjoying a family vacay.

From her photos, we also learn that Gail loves animals. In December of 2017, she posted an adorable photo of herself holding a blonde Chihuahua. Her big smile on the picture just speaks volumes about how much she loves cute furry animals.

Gail Simmons Wiki and other facts.