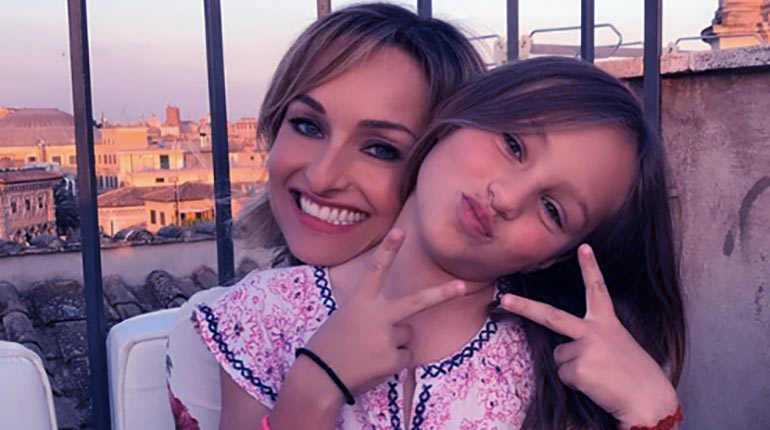 Giada De Laurentiis chef, a writer and television personality of Italian-American origin. If you want to get a glimpse of what she does, you can check her on Food Network’s where she hosts Giada at Home.

Here are 11 facts you should know about her.

1. Giada is Italian for Jade.

Well, it sounds interesting, doesn’t it? Giada didn’t want to go the many miles in search of a name for her daughter. And this is where she brings her creative mind into action. Giada for Italian, English for Jade.

2. Jade has been a Lover of Food since a Young Age.

Wouldn’t you love your pretty little one to enjoy food from year one? Interestingly that was the case with Jade. According to her mum’s testimony, Jade began crawling around their kitchen as early as the age of 1. Funny enough, Jade would be quick to give a food taste approval her mum has spoon-fed her when there is no food at all on the spoon.

3. Jade is the only daughter of Giada De Laurentiis.

Jade Thompson is the only daughter born of Giada and Todd. The couple may have decided that was the best way to go for them.

By the time of their split in 2010, there were no prospects of another baby. During a popular television show in 2010, Giada emphasized the need to have only one kid. 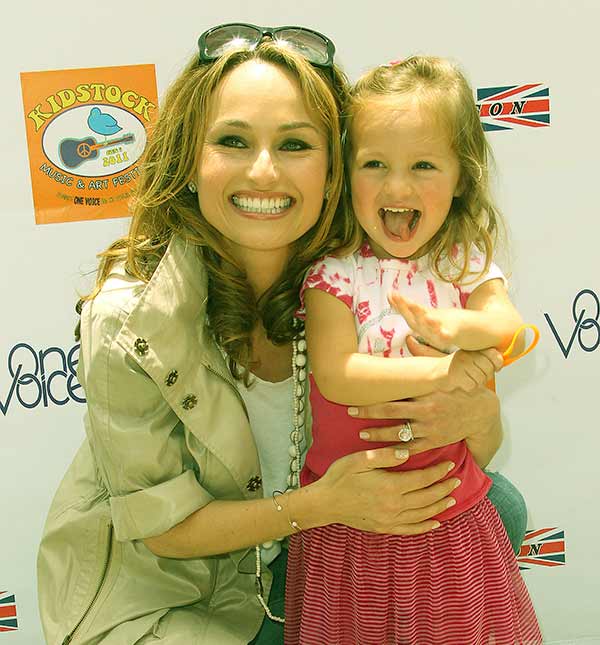 POPSUGAR quote her in 2010. “You don’t know what it’s like to have kids until you have one of your own.”

Jade Thompson is 12 years of age. She was born on March 29, 2008, in Los Angeles, California. Her birth name is Jade Marie De Laurentiis-Thompson. Her grandparents are Veronica De Laurentiis and Alex De Benedetti.

5. Giada decided to have Jade Thompson after the passing on of her brother.

After the death of her brother at the age of 29, Giada was afraid to have children for fear that she would lose them the same way she lost her brother.

She wanted to live life on her own. But later on, she realized the pain of dying without kids is far much worse.

She changed the perspective of her mortality and saw the need to live life for someone else. That someone else was Jade Thompson.

What an amazing way to parent your daughter. Giada De Launteriis regularly posts parenting videos on her verified TikTok account.

Jade Thompson being 12, Giada can’t allow her to run a TikTok account alone. She prefers Jade to be under her supervision until

she comes of age. TikTok requires that participants join the platform at the age of 13. In one of the videos, Jade Thompson and Giada bond over a moment of getting their nails done.

Jade Thompson is among the lucky few. Her parents take care of her together and are committed to it. Recently, the estranged couple celebrated their daughter’s birthday together and even posted their photo on Instagram. The couple gets along well in raising their kid. 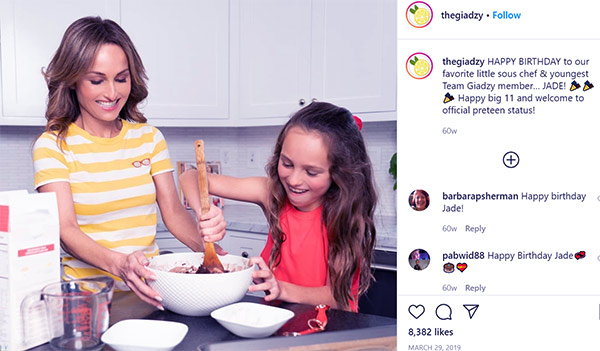 In 2016, Giada De Laurentiis and her daughter were part of the audience at the El Capitan theatre in Hollywood, California, on the 4th of April 2016. The two had gone to attend a premiere of Disney’s The Jungle Book. 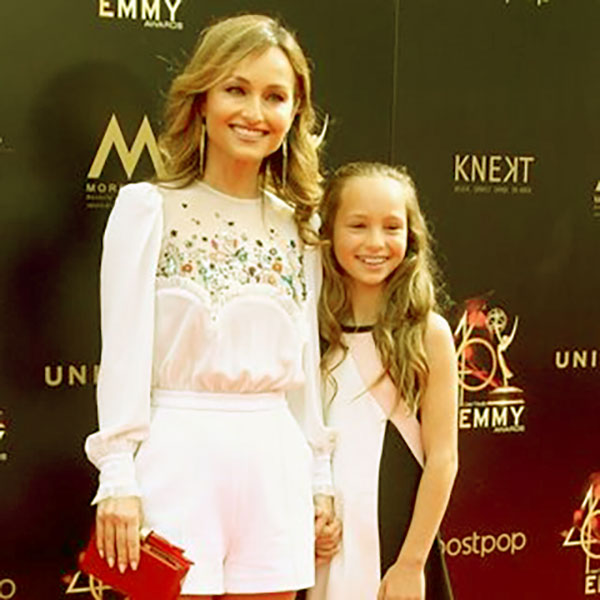 Well, being the teenager she is, Jade may not understand so much about love. However, she can tell it’s good when she sees it.

Life for Giada has to move on after she parted ways with her ex-husband Todd. The lucky guy happens to be Sean Farley, a producer.

They have been together for two and a half years. The two get along well, and Sean is excited to be part of Jade’s life, and he told a magazine she enjoys hanging out with Jade.

10. Jade Thompson has featured in numerous Television appearances with Giada

Let’s just say Jade is a chip of the old block. She is perfectly taking on what her mother does for a living. She enjoys

doing what her mother does. Together, Jade and her mum have featured on the television show for years.

11. She can tell when Giada messes with her food

Giada confided her daughter’s story via a recent interview with PEOPLE. Jade can tell the test of different foodstuffs and

knows when you have tampered with it. For instance, she can tell the difference between a toast with cold butter that has been microwaved and the one that was given time to melt.

Jade Thompson is no longer the typical stranger to you. Despite the celebrity status her mother has, she has some funny characteristics which make her more human. Her mother is an Italian-American chef and writer who also hosts Giada at Home on Food Network. Her daughter Jade seems to be following her mum’s career as well.