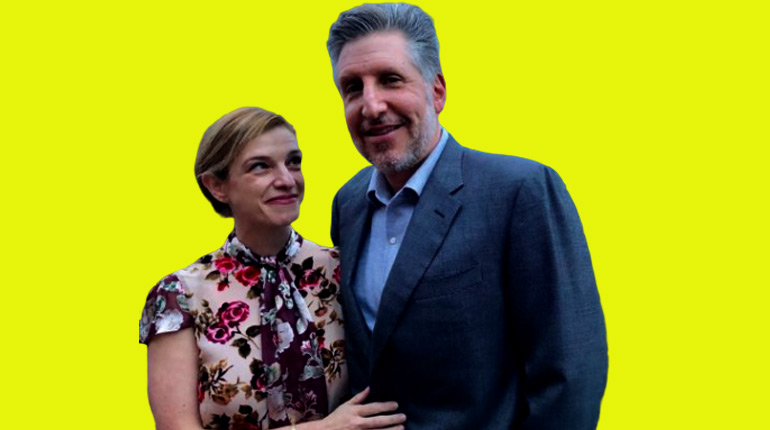 Pati Jinich is a famous Mexican chef known for her award-winning cook show, Pati’s Mexican Table. Apart from being on television, Pati is also a cookbook author. Her first book came out in 2013 and shared the same name as her cook show. Pati’s Mexican Table host also works in the Mexican Cultural Institute as its chef.

She also conducts a live Mexican culinary program in the location. Pati had the honor of being invited to cook for President Obama in 2014. Bring your appetite as we learn about Pati’s life and culinary career in our insightful article.

Pati and Daniel Jinich have been happily married since 1996. They have managed to keep their love’s flame burning throughout the years. Pati loves posting photos of her husband on her social media with beautiful love messages.

On December 8th, 2018, Pati posted a throwback photo on Instagram of herself and her husband on their wedding day reception. The picture was meant to commemorate their wedding anniversary. Her beautiful white gown can be seen well contrasting with her husband’s classic dark tuxedo.

Daniel can be seen embracing his smiling wife in the photo. She captioned the photo saying that she felt so blessed because Daniel tells her she is at her prettiest despite the many years that they have been together. She then ended the caption, professing her love for her hubby and wishing him a happy anniversary.

Pati also loves tagging her husband along in various culinary events that she gets invited to. From her Instagram, we can see Pati, her husband, and their handsome sons at the Mexican Cultural Institute on 25th May 2019. The lovely family posed for a beautiful photo in the institute. 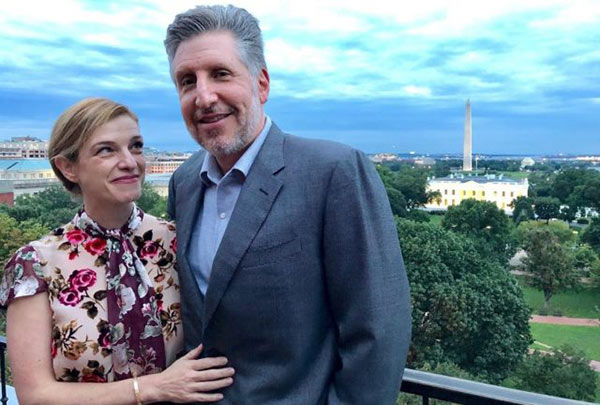 They were all sat on a classical-style European sofa with a lovely painting of a stormy ocean creating the perfect backdrop. Pati captioned the photo by writing ‘family + food + work collide.’ She ended the caption with four heart emojis signifying her love for her family.

Her Husband, Daniel, is a Successful Businessman.

Daniel Jinich has had a very successful career in business. Jinich’s passion for business drove him to attend the University of Pennsylvania from 1984 to 1988. He graduated with a degree in economics from the university. However, Daniel’s quest for knowledge did not end with his undergraduate degree.

He enrolled in the prestigious Harvard Business School in 1990. He graduated with his MBA in 1992 from the institution. After his studies, Daniel did not waste time to put his acquired knowledge into practice. He started his own business named Coin Acuacultura in 1993. 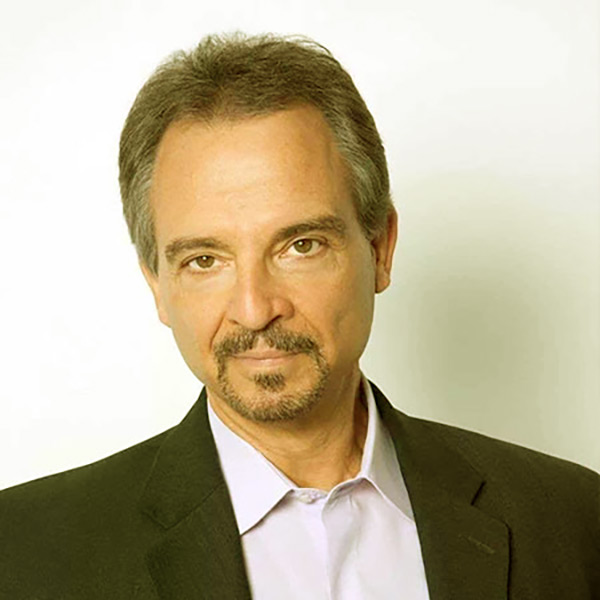 He was the company’s CEO until 1996. Later on, he partnered with some business peers to form Acon Investments, L.L.C. The company, which is located in Washington, DC, deals with venture capital and private equity fund management. Since the company was founded in 1996, it has managed over $5.5 billion worth of capital. Daniel is the managing partner in the company.

Pati Jinch has undoubtedly had a successful career in culinary arts. Thanks to her fantastic cooking skills, Pati has made a respectable name for herself in the industry. With an award-winning cook show and two bestselling cookbooks, you can be sure that Pati is not your average trial and error street chef. 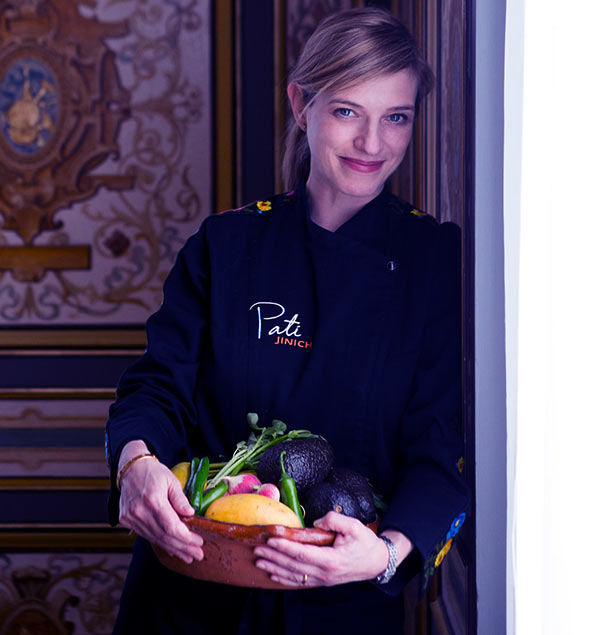 She also has the money to back up her claim to success, a whopping net worth estimated to be about $1 million to $5 million. Pati has multiple income streams. Some of them are her website, where she hosts a blog and sells her cookbooks from. Her show, Pati’s Mexican Table, also brings in the big bucks.

The show is hosted on WETA TV. Now in its eighth season, nothing seems to be slowing it down any time soon. It was no surprise that the show was nominated for an Emmy. I mean, this lady can whip up the food of dreams from her kitchen. It also won the James Beard Award.

Her first cookbook was a bestseller on Amazon in 2013. Together with the second book entitled, Mexican Today, the books have made her some good dough. Jinich also has a YouTube channel named Pati Jinich. This channel is also another income stream seeing that it has a subscription base of 50.6K currently.

Daniel Jinich has not lagged when it comes to having a successful career. From our paragraph about his businesses, we can tell that he must be laughing all the way to the bank. Being a managing and founding partner at Acon Investments, L.L.C., Jinich has enough money stowed away to bring home some big bacon strips.

Though online resources estimate his net worth to be about $3 million, we have a strong hunch that it is much more. Don’t forget that his company has managed over $5.5 billion of private equity and venture capital funds.

They have Three Sons.

Pati Jinich and her hubby Daniel have not only had successful careers, but they have also been blessed with a happy family. Pati and husband Daniel Jinich have been blessed with three sons, whose names are Julian, Sami, and Alan. 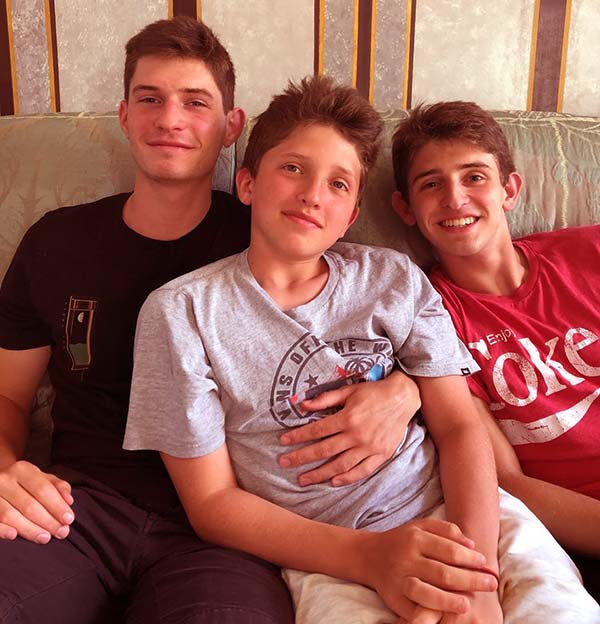 Pati is fond of her sons and has an endearing way of calling their names. She calls Julian ‘Juju’ and Sami ‘Samito.’ Pati loves featuring her sons on her social media posts. On October 17th, 2019, she posted a beautiful happy birthday message to her son, Sami, on her Instagram. She also uploaded Sami’s photo on the site.

In the caption of the photo, she said that her family was lucky to have Sami. She then declared that his birthday would be a big one and wished him a delicious year.

When Pati’s youngest boy was ready to celebrate his bar mitzvah, she posted a photo of him alongside his granny and his two brothers learning how to make delicious challah. On the post that was dated 6th June 2019, Pati marvels at how lucky her youngest son is to be getting cooking lessons from the best person.

On the post, she also affectionately referred to her son as ‘Juju.’ If Pati isn’t posting photos of mouthwatering dishes on her Instagram, then you can be sure that she is posting photos of her boys and their dad. Clearly, there is enough love in this family to last a lifetime.

According to various sources, Daniel Jinich was born in the early 70s. His exact date of birth still remains a mystery, but he has lived through his late forties. Daniel was born in Mexico. However, he later moved to the U.S. His parents’ names, as well as his siblings’ remain under wraps. For his high school education, Jinich attended the American High School of Mexico City.

Jinich is yet to open her own restaurant. However, her cooking can be sampled at the Mexican Cultural Institute, where she is the head chef. She also offers live Mexican cooking lessons that even feature multi-course dinners that can be sampled. However, if Pati ever chooses to start a restaurant, we’re sure it will be a great success.

Pati Jinich was born on March 30th, 1972. She is an Aries Zodiac. Just like her Zodiac’s personality, Jinich is a passionate individual. She always pours out all her energy to any project she gets involved with, hence her great success. The Mexican Cultural Institute chef is 48 years of age at the time of writing this article in 2020. We specifically can’t get over the fact that she looks way younger than her double-digit age suggests she should look.

Pati Jinich is very active on social media. On Instagram, you can find her under the handle, @patijinich. She has 113K followers on the site, and you can be sure that she keeps her followers engaged through her hundreds of posts.

Just to warn you in advance, make sure you don’t visit her page on an empty stomach. Otherwise, you’ll find yourself drooling at all the mouthwatering photos of her dishes. From baked snacks to salads and vegetables, there is enough to trigger your every craving. Aside from showcasing her culinary skills on the site, Pati also loves posting photographs of her kids, her hubby, friends, and family.

A look at Daniel Jinich’s online profile shows that he is not active on social media. On Instagram, he has an account under the handle @danieljinich. However, the account is private. We can also see that he has 70 followers on the site. With only three posts, it’s safe to say that Daniel won’t become an Instagram influencer any time soon.

Luckily, Jinich is present in Linkedin as Jinich, Daniel. Though the site cannot be termed as conventional social media, it does have some elements of social media. Jinich’s Linkedin profile is updated to show details about his career and education.

Jinich decided to dip her toes into the world of cookbooks in 2013, and it has worked out well for her. Her first book is entitled Pati’s Mexican Table: The Secrets of Real Mexican Home Cooking. The book was published in March of 2013, and it was featured in various best cookbooks lists. Notably, the Washington Post’s Best Cookbooks of 2013. Moreover, Amazon also listed it in the Best of the Year Cookbooks list for 2013.

Her second book was entitled Mexican Today: New and Rediscovered Recipes for Contemporary Kitchens. The book was published in April of 2016. 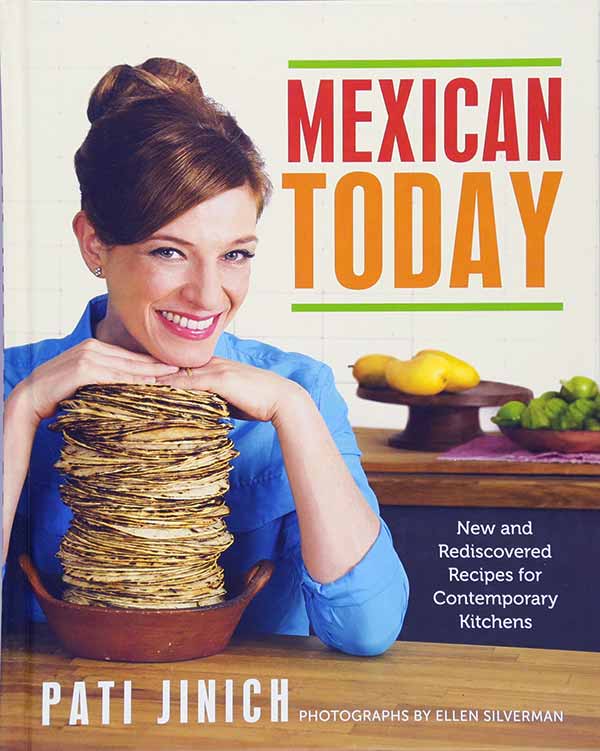 Chef Jinich’s cook show, Pati’s Mexican Table, has seen the culinary artist rise exponentially in fame and fortune. Her show premiered in 2011 and has successfully aired eight seasons. The show is aired on public tv stations in the U.S. It also enjoys audiences in Asia, Australia, and Japan. The show led Pati to be awarded the James Bread Award and also to be nominated for an Emmy Award. 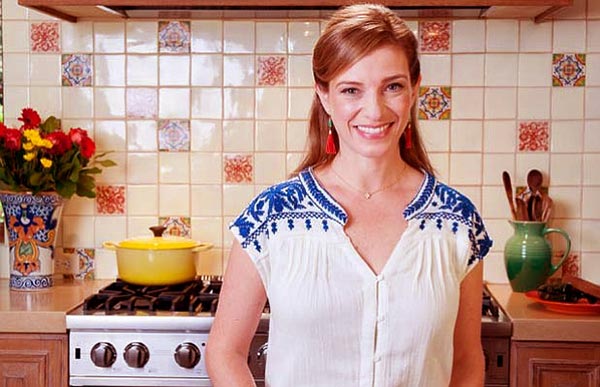 Apart from her show, Pati has made multiple appearances in other television shows such as CBS This Morning, The Today Show, The Splendid Table, and ABC’S, The Chew.

Her Family and background.

Pati Jinich has roots in Europe and Mexico. Her grandparents had immigrated to Mexico from Eastern Europe to flee from World War II. Pati’s parents’ names are still under the wraps, but her sisters’ are known. In total, Pati has three sisters named Karen Drijanski, Sharon Cassab, and Alisa Romano.

Her sisters also have interests in culinary arts. Karen has always dreamt of opening her restaurants in Mexico. On the other hand, Sharon has authored her cookbook. Lastly, Alisa has her restaurant named Alisa’s Painted Bistro.

Pati’s father was also a restaurateur in Mexico. His Mexican Fonda served multi-course meals during mid-day. Her mother was into art and operated her gallery.