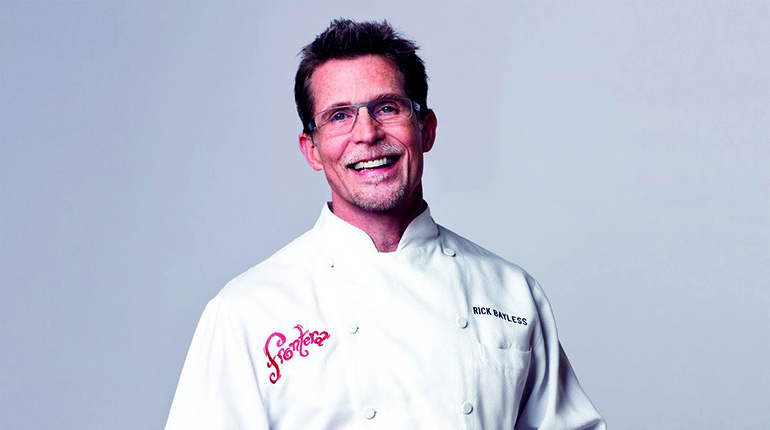 Rick Bayless is a television personality, restaurant owner and chef whose specialty lies in Mexican Cuisine. Rather than stick to traditional recipes, he has thrown in a few modern interpretations. In regards to his work on television, we learned that he frequently appears in Mexico: One Plate at a Time, which is a PBS sponsored series. Keep reading to learn unknown facts about his wife Deann Bayless.

Other than that, Rick has also featured on Iron Chef America. In addition to this, Bayless has also written a cookbook. Let’s go through facts we should know about Rick, ranging from his restaurants, recipes to his daughter.

Chef Bayless has built his impressive net worth through his career in the culinary arts. For a while, he worked as an executive chef for Lopez y Gonzalez, which is a restaurant based in Ohio.

Other than that, Rick also runs eleven different restaurants, all of which generate a significant income. Another avenue Bayless makes his money from is from his cookbooks.

Rick and Lanie’s Excellent Kitchen Adventures, for example, retails for $19 on Amazon. His other book, Mexican, every day, is available for $25. He was also the proprietor of Frontera Foods, which dealt with the production of various food products. 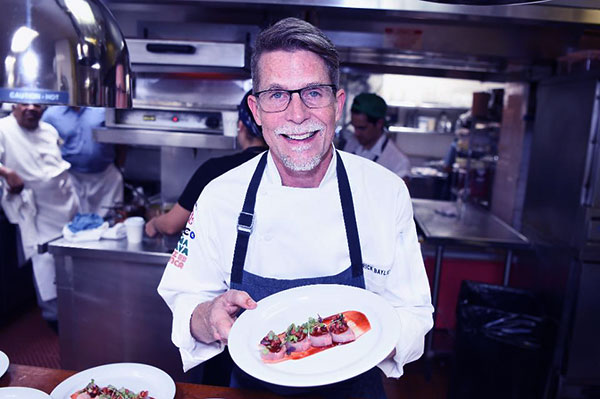 Back in 2015, Rick made the list for the top 20 most successful chefs; this came after he recorded an impressive $7.8 million that year. Presently, Rick Bayless’s net worth stands at $30 million. It is a figure that is set to keep rising, especially after the COVID-19 pandemic clears up.

In this paragraph, we are going to look at some of the restaurants the chef Bayless runs.

First in our list of Chef Rick Bayless Restaurants is Frontera Grill. It’s a Mexican themed restaurant located in 445 N Clark St, Chicago. The Frontera was launched nearly three decades ago and is one of the most famous restaurants in the city.

Its success is no small part due to the high-end, albeit simple food on offer at the establishment. On the menu, you can find specialties like Enfrijoladas. 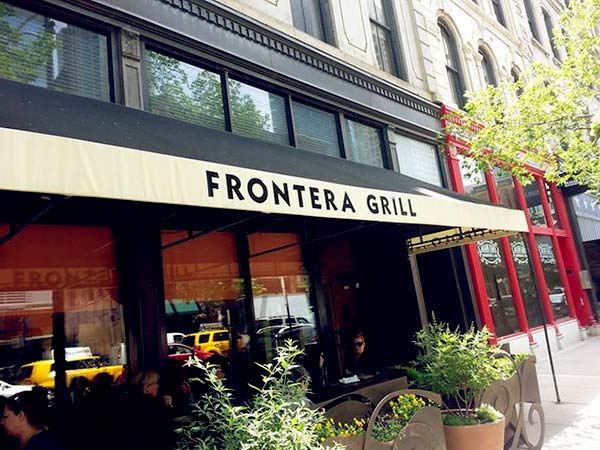 Some of the other foods on display are Duck in Mole Coloradito, Fried Sweet Plantains, and Dúo De Flanes. The latter is a classic Mexican dessert with a modern interpretation. There is also a private room ‘the Morales’ which offers ample space for parties and events.

This is another Chicago based restaurant. Here, customers get to eat in an exquisite, art-filled space. The restaurant was first opened back in 1989 by Rick and his wife.

It shares quite a few similarities to the Frontera Grill. To date, this Rick Bayless restaurant has been recognized with a number of accolades.

These include An Outstanding Restaurant Award in 2017, as well as 1 Michelin Star. The menu includes specialties like the Platillos Fuertes, which is made with either lobster, hen, or lamb, dressed in a refined chili sauce. 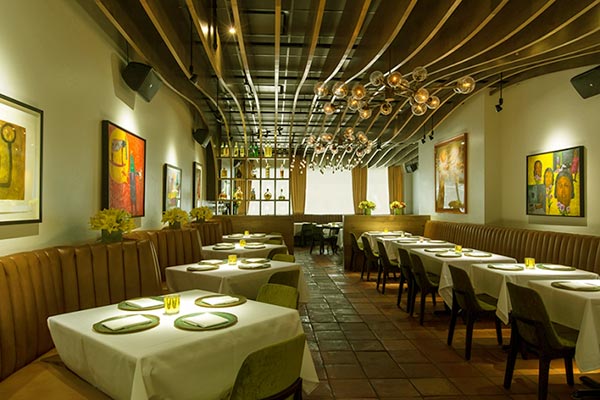 The restaurant sits in the heart of Chicago and is a casual Mexican street food spot. Every single one of their ingredients is acquired from local farms. The establishment gives Rick the opportunity to experiment with complex, delightful, and inventive Mexican Street Food.

Its most popular dish is the Ahogada, which is a pork carnitas sandwich with black beans and pickled onions. The food is dipped in a tomato-Arbol chile broth.

Another delightful dish they serve in Rick Bayless restaurant XOCO is the Pepito. It consists of Braised short ribs with black beans, caramelized onion, pickled jalapeños, and Jack Cheese. 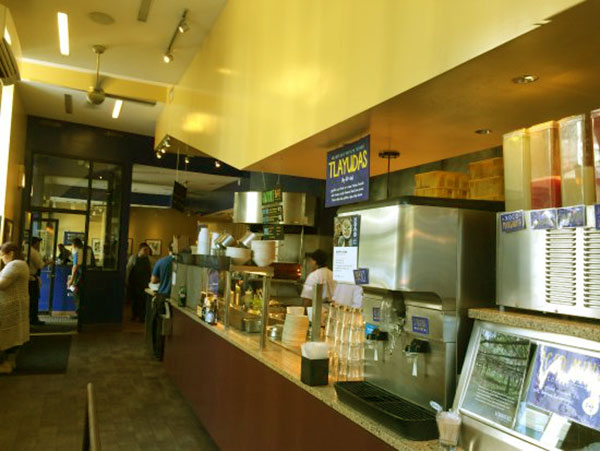 The Sotano is located in Frontera Grill, 443 N Clark St, Chicago. Its menu consists of a combination of habanero-glazed fried chicken bites, wagyu steak with pureed sunchoke, and burgers. It is a cocktail bar that sits in the alley behind the Frontera Grill.

Rick Bayless restaurant Tortas Frontera is located at O’Hare Airport. The place gives its clientele the chance to try out various Mexican flavors. They can also get hand-shaken margaritas, pulled pork sandwiches, and hand-crafted tortas.

It offers its customers a taste of Mexico with foods like the classic guacamole, which consists of chunky avocado, tomatoes, onions, fresh lime juice, cilantro, and serrano chile. They also specialize in a few other dishes like the Ahi Tuna Tartare, Lobster Benedict, and the Enchiladas Suizas.

It sits at 900 W Randolph St, Chicago. They specialize in delicacies like braised short ribs, bake-and-serve enchiladas, and wood-oven shrimp.

This Rick Bayless Restaurant is located in 904 W Randolph St, Chicago. This restaurant offers its clientele delights such as half-cured flank steak, chicken or Portobello, and the chorizo.

Most of Rick’s restaurants are famous in its location and do an outstanding business. It goes without saying income from these restaurant chains is the primary income source of Rick Bayless Net Worth.

Rick Bayless is married to wife Deann Bayless Since 1979.

Chef Rick is indeed a married man. His wife’s name is Deann Bayless. Details surrounding the early stages of their relationship are scarce. Yet, we were able to uncover that they met a mutual friend’s party, which Deann happened to be hosting. Rick was very impressed with the food on display, and the two quickly got to talking. 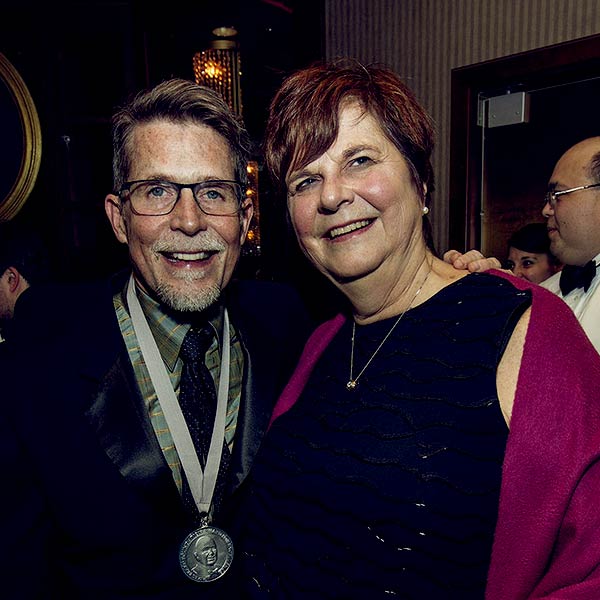 Shortly after, they started dating. Deann even talks about cooking for him the first time he came to her apartment. They walked down the aisle on July 28th 1979. Deann even lived with him during Rick’s stint in Mexico.

After 41 years of marriage, Deann and Rick only have one child together; Lane Ann Bayless. She was born on the 6th of May 1991, and turned 29 a few weeks ago. She and her father have a very close relationship and work together on some of his shows. 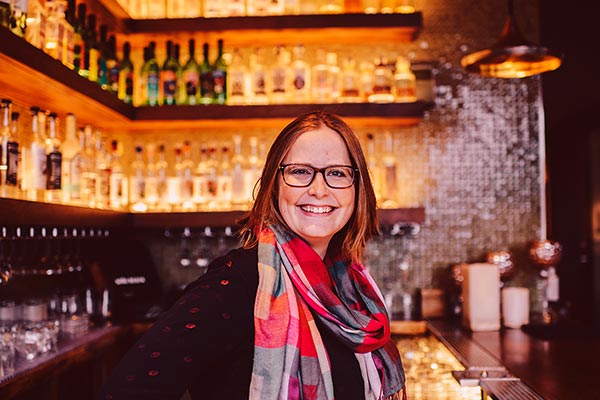 Chef Bayless and his wife must have been too preoccupied setting up their vast culinary empire to have more children. Both Deann and her husband are the founding members of the Frontera Grill chain, which dates back to 1987.

In a recent interview, Deann revealed that their personalities were best suited for each other. Rick brought a creative edge to the table, whereas she is more of a big-picture kind of woman.

Chef Rick’s wife’s full name is Deann Groen Bayless. She has spent nearly three decades in the restaurant industry. Everyone knows that Deann is the organizational glue that holds the Bayless Culinary Empire together. Before this, she was also an English teacher back in Taiwan during the Vietnam War.

Additionally, Deann is an avid reader who enjoys the works of Tasha Alexander, Jacqueline Winspear, and Alexander McCall Smith. After graduating from high school, Chef Bayless’s wife moved to Ann Arbor, where she spent most of her 20s. In fact, this is where she’d meet her future husband.

His daughter Laine Bayless follows in his footsteps.

Much like her father, Laine Bayless has an interest in the culinary arts. How do we know? Well, she has appeared on a few of her father’s culinary based shows. These include the likes of At the Table With and Mexico: One Plate at a Time.

Rick is an Author.

Chef Bayless has a number of published works under his belt. His very first title came with the release of Authentic Mexican: Regional Cooking from the Heart of Mexico.

It was published back in 1987. Since then, he has released a few other books: More Mexican Every day, Rick Bayless’s Mexican Kitchen, Salsas That Cook, Fiesta at Rick’s, and Mexico: One Plate at a Time. 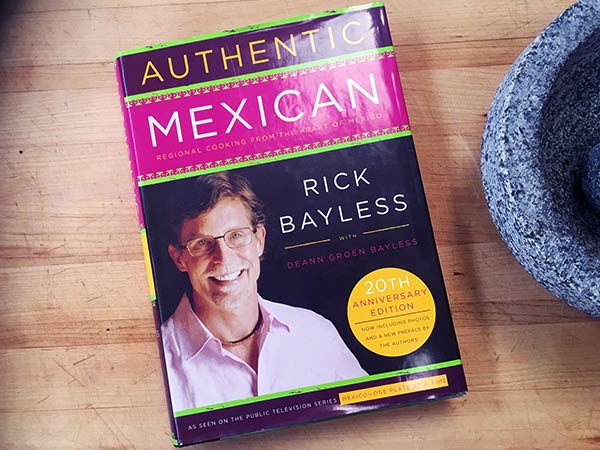 Rick Bayless foray into television came back in 1986 with the show, 1986 SeaWorld Holiday Bowl. His big break however did not come until he starred in ‘Julia’s Kitchen with Master Chefs.’ Rick’s other credits include Mexico: One Plate at a Time, which ran for nearly 15 years, The Chef Whisperer, Jimmy Kimmel Live, America’s Test Kitchen, and Rick’s Rooftop. In total, he has appeared on 28 different shows. 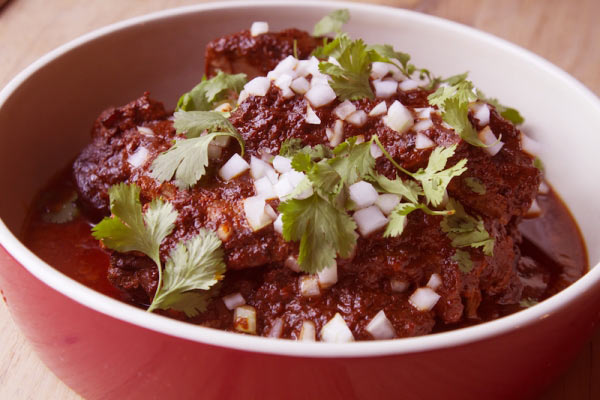 His Brother is a famous Sports Columnist.

Skip Bayless is a writer, television personality, and sports analyst. He was born on the 4th of December 1951 in Oklahoma City. At 68, Skip is two years older than his brother Rick.

Skip has made himself a household name by featuring on shows like First Take, Fox Sports 1, and The Sports Reporters. Bayless has also enjoyed a minor acting career, making a cameo in the 2006 film Rocky Balboa. 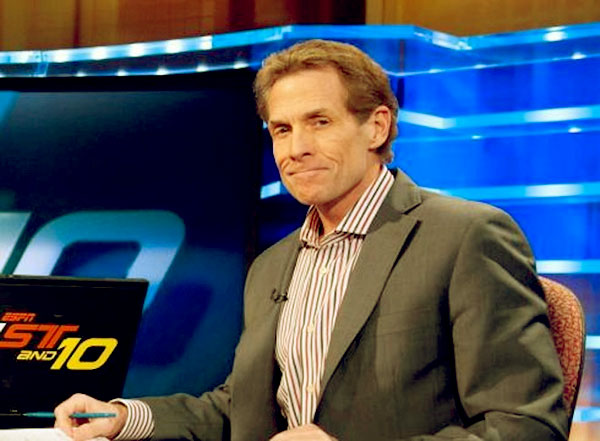 Over the years, Skip has had a few brushes with some larger than life athletes. He is not afraid of making harsh remarks and has caught the ire of basketball star, LeBron James, and NFL athlete, Aaron Rodgers.

These rumors are completely unsubstantiated. Rick has been married to his wife for 41 years and even has a daughter. The rumors must have stemmed from the fact that his line of work is often considered feminine. Yet this is not true. As far as we can tell, Rick is straight.

Being a native of Oklahoma, Rick is an American regarding his nationality. In as far as his ethnicity is concerned, he is white.

A look at Rick Bayless’s Instagram account reveals that he has a following of 127K. We also learn that he is a regular contributor to the Chicago Tribune. Most of his page showcases his work as a chef. He regularly offers fans new recipes they can work on.

Switching focus to his Facebook account, we learned that he has about 400K followers. Much like his Instagram, this page is also dedicated to his work in the culinary arts. Just recently, he uploaded a video on how to make Fried Quesadillas and Cilantro Tequila Tonic.