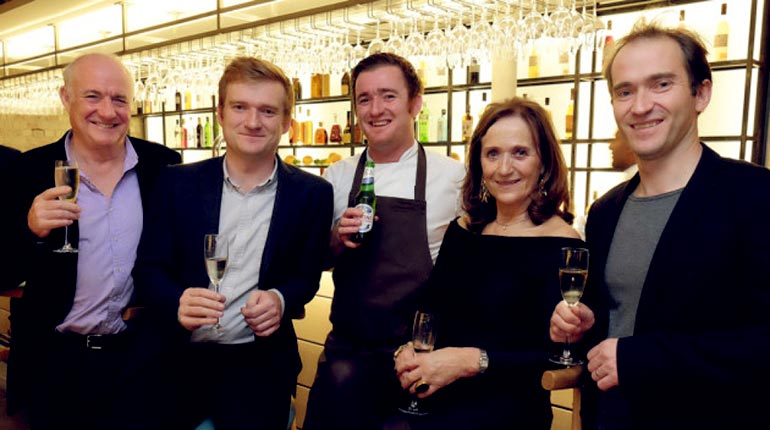 Rick Stein is a sea-food expert, restaurant owner, and television personality. He is known for establishing the Bannisters restaurant based in Mollymook, Australia. The celebrity chef was once a student at the prestigious Oxford University, where he attained a degree in English. This article is about Rick Stein Wife.

The 73-year old cuisine expert has been recognized by a plethora of awards throughout his successful career.

These include an AA Guide Chefs’ Chef of the Year back at the turn of the millennium. The television personality has been married twice in his life. Read about his relationship and his kids right here.

Rick and his wife Sarah Burns started seeing each other while the former was still with his first wife. He met Sarah in the late nineties while she was working as a publicist back in Australia. The 73-year old British Chef was set to feature on the Australia Gourmet Traveller magazine.

Remarkably, she was 20 years younger than the celebrity chef. Rick Stein and Sarah Burns carried on with their illicit affair for about five years before reality finally caught up with them. Things came to a head when Rick’s first wife finally decided to get a divorce. 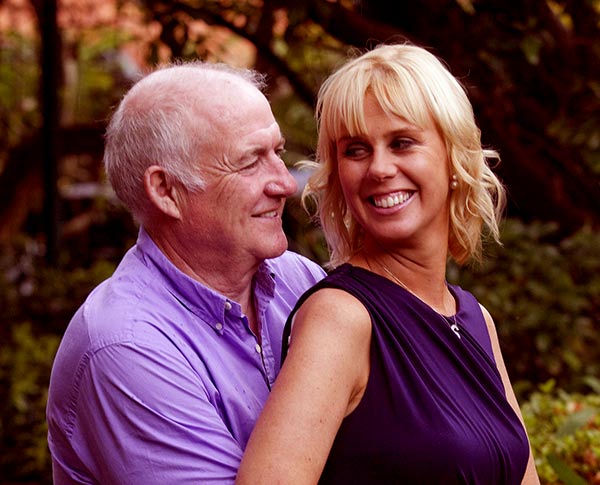 Sarah also had to get separated from her first husband before the two could officially get together. The two finally walked down the aisle on October 7th, 2011. So far, the two are approaching a decade of marriage. They do not have any children together.

Theirs has not been an easy marriage. The two have to split their time between Australia and America. It is as a result of the celebrity chef’s hectic schedule.

He once joked that he only got to spend two-thirds of his time at home.  However, Rick Stein’s wife reveals that they try not to go more than four weeks without being in each other’s company. To that end, they came up with a simple solution; either she’ll travel to him or they’ll meet in the middle.

Jill and Rick first ran into each other back in the 70s. They were in Padstow at the time, which was a fishing port on the North of Cornwell.

By 1975, the two had officially tied the knot. They were not only partners in marriage, but also a business. Jill played a crucial role in helping the 73-year old chef set up his cuisine.

Rick Stein and his first wife Jill were married for well over two decades, and she bore him three sons in the process. However, their relationship took a hit when she discovered that her husband had been having an affair.

She was so angry that she hit them both hard across the face while they were at Rick’s Cornwell based restaurant. He had hoped the three could work things out. 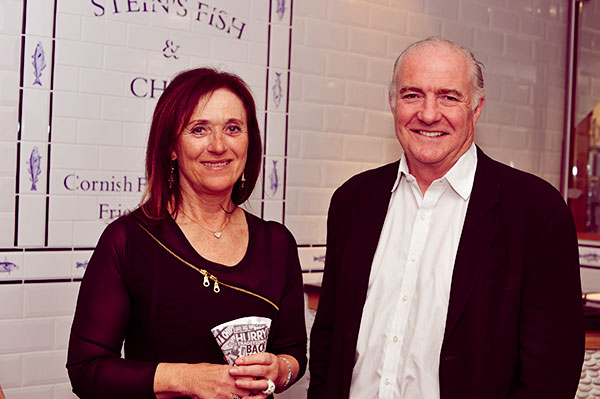 To his credit, the 73-year old chef did attempt to fix things with his wife. He revealed that the stress of managing his cuisine empire had steadily eaten away at his marriage.

The business took over their lives and caused him to fall out of love with her. Jill, however, was having none of this and asked for a divorce. Interestingly enough, Jill remains a vital part of her former husband’s empire.

Rick Stein Children: He has three sons from Marriage with Ex-wife Jill Stein.

The British chef and his ex-wife Jill have three children together. These are Charles, Jack, and Edward Stein. Edward is the oldest son the couple has. His talents lie in sculpturing and the arts. Edward is a vital part of the family business. He was put in charge of the design aspect of the company.

His brother Jack is the second born of the family. Like the other boys, he grew up in Cornwell. Jack always displayed a keen interest in his family’s work. His father gave him a job in the kitchen at one of his Seafood restaurants. 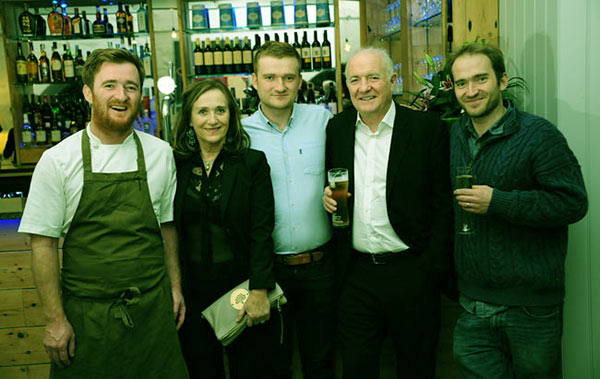 Caption: Rick Stein with his ex-wife Jill and with three sons Charles, Jack, and Edward Stein

Later on, Jack enrolled at Cardiff University, where he attained not only a degree in Psychology but also a master’s in Ancient History.

Upon the completion of his education, he returned to his father’s restaurant, where he worked as a commis chef. By 2017, he had been appointed as the chief director in the family business.

Like his father, he has also enjoyed a stint on television. Jack appeared in the show Jack Stein: Born to cook. Charlie is the last born in the family.

His Current Wife Sarah Burns has two children from a previous marriage.

Sarah Burns was a married woman long before he met the celebrity chef. Reports even suggest that she had two children from her previous marriage. Details surrounding their identity remain a mystery. We will keep you up to date should this change in the future.

The simple answer to this is no. We are not even sure how this question arose in the first place. After all, Rick Stein has been married twice already in his life.

There are no rumors or reports that suggest that British television personality is gay. His 20-year marriage to Jill and a 10-year relationship with Sarah reveals that he likes women. He has never had any affairs with men.

Despite being in his 70s, Rick Stein tries to keep up with his fans online. His Instagram handle, for instance, has over 54.4K followers.

Most of his posts are related to fine dining and cuisine. Switching focus to his twitter account, we found that the British restaurant owner has over 428,000 people following him!

In one of his posts, he talks about being proud of the positive spirit in his neighborhood. At a time when the world is dealing with a pandemic, it was nice to see that people were still spreading positive messages. 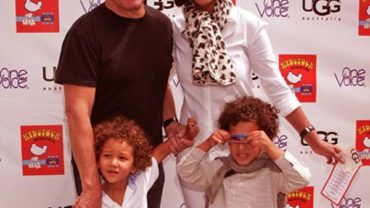