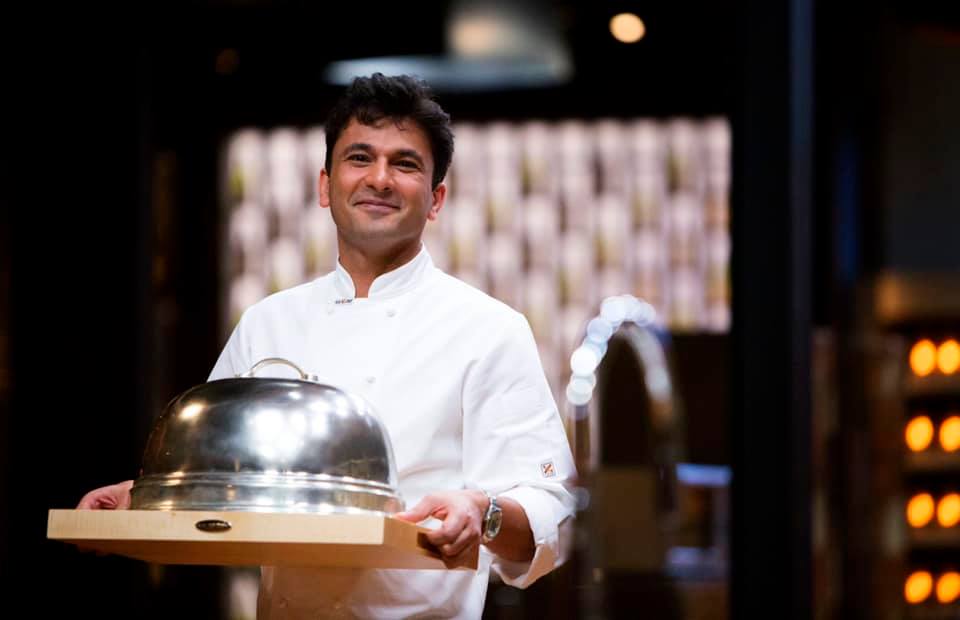 Vikas Khanna is an Indian-born chef, restaurant owner, cookbook writer, film producer, and humanitarian. His knack for being the best without giving up is what makes him an outstanding human being. Read this to know chef Vikas Khanna’s wife and net worth.

Millions of people recognize him because of his popularity, but little do they know how many struggles Vikas had to deal with to get to the position he is in now. So, let us take a closer look at Vikas Khanna’s rise to stardom.

Vikas Khanna is a Punjabi man born on the 14th of November 1971 in Amritsar, India. He was raised by his parents, Davinder Khanna and Bindu Khanna. Vikas grew up with an elder brother, Nishant Khanna, and his younger sister Radhika Khanna.

Vikas was born with lopsided legs, meaning that his leg bones were not aligned properly at the joint, and it looked as if they were turned sideways. As a result, he could not run and enjoy his childhood as much as other children did. Moreover, he could not walk until he was 13 years of age.

Talking about his education, Vikas graduated from Manipal Academy of Higher Education in 1991. He was inspired by his brother and wanted to become an engineer just like him. However, he later dropped out of college, citing weakness in math.

As he could not walk nor run, Vikas spent most of his free time watching his grandmother cook in the kitchen. From there, he got the inspiration to explore the world of the culinary arts, eventually becoming one of the finest cooks in all the land.

He later graduated with a bachelor’s degree in hotel management from WelcomeGroup School of Hotel Management. Vikas then immigrated to the US, furthering his studies at American colleges such as Cornell University and the New York University.

Later on, he was awarded an honorary doctorate at Goenka University for his commendable work in culinary art, altruism, humanitarianism, and philanthropy.

Vikas began his career at a very young age. When he was only 17 years of age, he set up a small banquet hall he dubbed ‘Lawrence Gardens.’ The hall was located in India, and it was perfect for small family events. 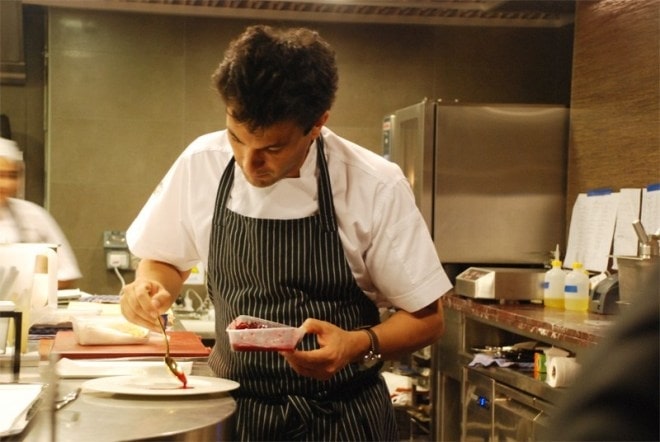 Early stages of his career.

After leaving India for the US, he worked in small restaurants as both a chef and waiter. However, Vikas was not able to immediately achieve the success he wanted initially. Everything changed one fruitful day when he was offered the post of executive chef at an Indian-themed Salaam Bombay Restaurant in New York.

Three years later, on 2nd December 2009, to be specific, Chef Khanna opened his own bistro, Junoon, in Flatiron District of Manhattan. His restaurant became popular over time and has received countless positive comments.

Moreover, Junoon is also the proud recipient of the coveted Michelin Star, an honor it owes to the Michelin Guide. After having achieved so much success in America, Vikas also wanted to contribute something to his hometown, for the country that produced a world-class chef like him.

His work on television.

Hence, he returned to India in 2011 to co-host three back-to-back seasons of MasterChef India (season 2 to season 4). Besides this, Vikas has worked with world-class chefs like Gordon Ramsey, Bobby Flay, and Eric Ripert.

Also, Chef Vikas Khanna has been invited as a guest judge on MasterChef Australia in season 6, Indian-cuisine specialist on Hell’s Kitchen, and as a judge on Throwdown! with Bobby Flay. Likewise, he has hosted four seasons of Twist of Taste as well.

As mentioned earlier, Vikas also partakes in film production. He has produced numerous documentaries throughout his career. His first one was named Holy Kitchens and Kitchen of Gratitude.

The film demonstrates the bond between faith and food. Moreover, he also directed the film The Last Color that depicts the daily struggles for survival in Banaras, India. This emotional film even made it to the final list of Oscar 2020 for Best Film.

He is a humanitarian.

Vikas Khanna is also a philanthropist and a man of virtue who believes in uplifting society and mitigating problems. He launched the foundation of South Asian Kid’s Infinite Vision” (SAKIV) that focused on acting upon urgent issues, such as providing Tsunami Relief. 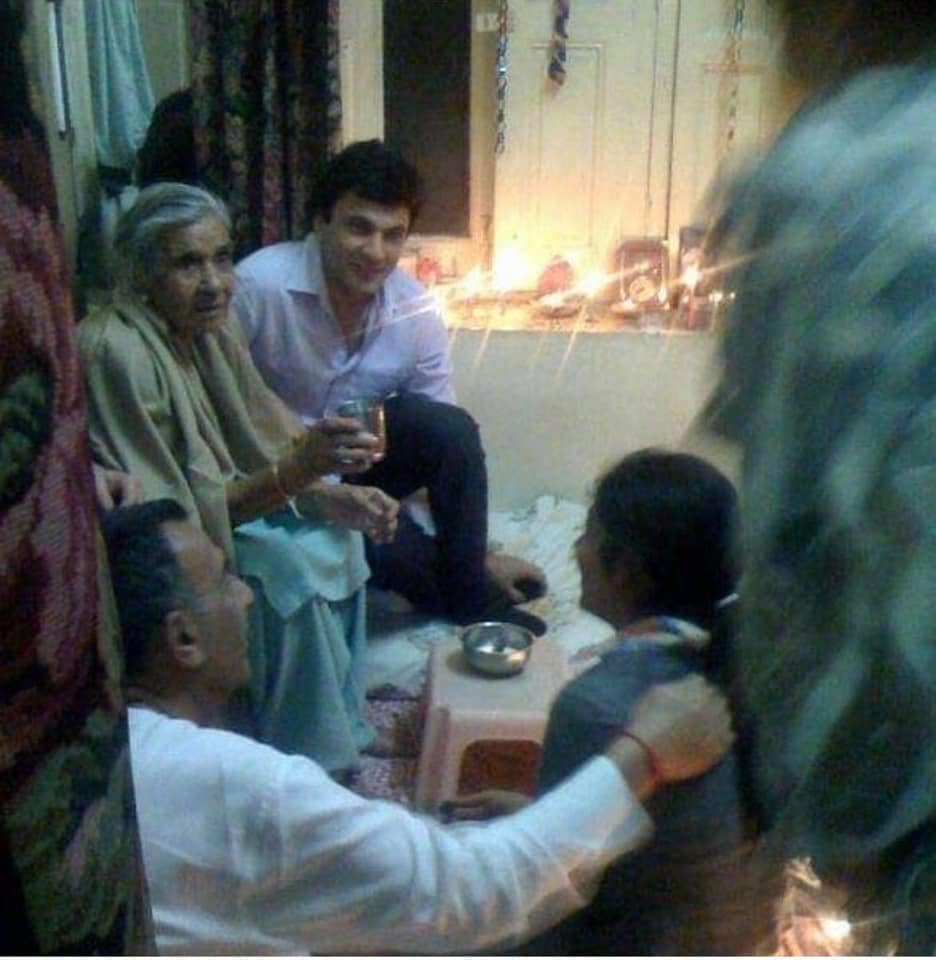 In 2018, Vikas built the first Culinary museum of India at his former institution, the Welcomgroup Graduate School of Hotel Administration. Likewise, Vision of Palate, a workshop he set up, educates visually impaired people about the sense of taste and aroma.

Similarly, he is also the ambassador for Smile Foundation. This is an institution that focuses on providing immediate solutions and relief from malnutrition in India. Last year, in the midst of the COVID-19 pandemic, Vikas launched the Feed India initiative. It delivered food to needy people all across India.

Because of his humble and philanthropic activities, Chef Khanna has received numerous awards and acknowledgments throughout his life. As a matter of fact, he was awarded an honorary doctorate at GD Goenka University to recognize his humanitarianism, philanthropy, and global reach as a chef.

Vikas Khanna’s net worth is approximately $75 million. Sources say that his exploit on television and business results in an annual salary of $1 million. Lest we forget, the successful restaurants he has opened also bring about a fair bit of income.

Is Chef Vikas Khanna married to a wife? Or is he gay?

As of 2021, Chef Vikas Khanna is still single and unmarried. There were plenty of rumors regarding his love affair. It was rumored that he was in a relationship with the second season winner of MasterChef India, Shipra Khanna.

Likewise, he was believed to be having affairs with model Padma Lakshmi. But Vikas has denied all these rumors. Although in an interview, he mentioned that he was looking forward to having a family, but he is still single and has no children at this time of writing.

Many people also think Vikas is a homosexual. This rumor came to life when Vikas wrote an article on India’s first LGBT magazine, Bombay Dost, about youth changing their views and accepting same-sex matters. However, the rumor is fake, and Vikas Khanna is not gay.