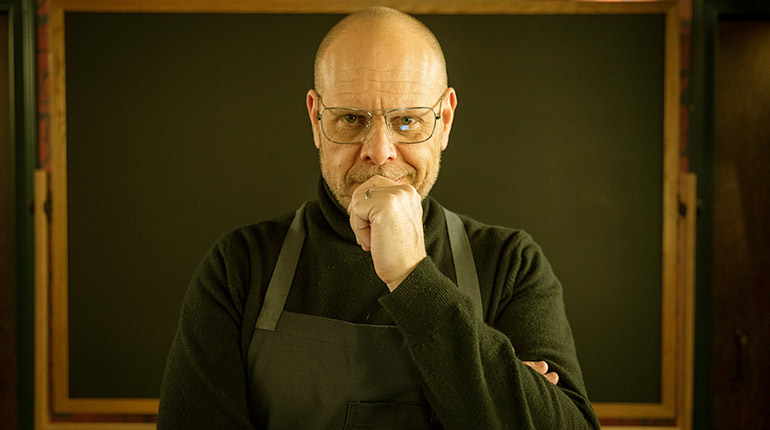 Alton Brown is a 57 years old American celebrity chef, reality T.V. host, author, and cinematographer. He is famously known for his T.V. show ‘Good Eats’ that has been on the ‘Food Network’ for the last 12 years. With decades of ongoing professional work across the four careers, you may wonder how much he has made, well, that’s the objective of this article. We are going to take you through his job to know the source of his wealth. Read this to know Alton Brown’s Net Worth in 2020.

Alton Brown as a Chef.

Brown developed an interest in cooking by watching his mother and nana in the kitchen. Food also helped ‘get more dates’ in college, so he always wanted to be good at it. Surprisingly, he joined The University of Georgia to study Cinematography. After graduation, he worked as a videographer and directed the video for the R.E.M.’s song I Love You and also operated the Steadicam for the movie ‘School Daze’ by Spike Lee. Amidst this, he would watch food cooking shows and be dissatisfied. He had a feeling that he could do better.

Alton Brown’s wife, DeAnna Collins, who he met during his work as a videographer and got later married, fully supported his dream of doing a better cooking show. He applied and was accepted in the New England Culinary Institute in Vermont. He graduated in 1997 after a two-year study. Cooking was just a hobby; he could not let slide, but he wanted to do it in a better way. While working in a restaurant in North Carolina, he wrote the first episode for his first show ‘Good Eats.’

With proper knowledge and connection on the film industry, Brown got the opportunity to air his first cooking show on WTTW based in Chicago in 1998. A year later, the show was picked by  Food Network, and as they say, the rest is history. The ‘Good Eats’ show has been on the air for many years has received massive recognition. It has won both the Peabody and James Beard Awards. The book that the show is based on was once described as a ‘mini-documentary about food’ by NPR.

In 2006, he also hosted his second show, ‘Feasting on Asphalt.’ A series that was inspired by his love for motorcycles. It ran for two seasons, with the second season being given a twist of name to ‘The River and Feasting Waves.’  In 2011, the ‘Good Eats’ show came to an end after being on air for 13 years, with a total of 250 episodes aired. This was after mutual agreement between Brown and the Food Network. That was just but the beginning of a new journey, he signed another three-year contract with the network, but for different roles.

He has not hunged his boots yet, he is a familiar face Iron Chef America, where he turned out to be an excellent commentator. This increased his fame, and also a co-host and pose as a judge in the Next Iron Chef and Cutthroat Kitchen T.V. series. He was also the judge for the 8th season of ‘The Next Food Network Star.’

Alton Brown Net Worth is $13 Million.

This is an accumulation from his long stretch career. He also owns properties, for example, a house, motorcycle, cars, and two airplanes being a qualified pilot. 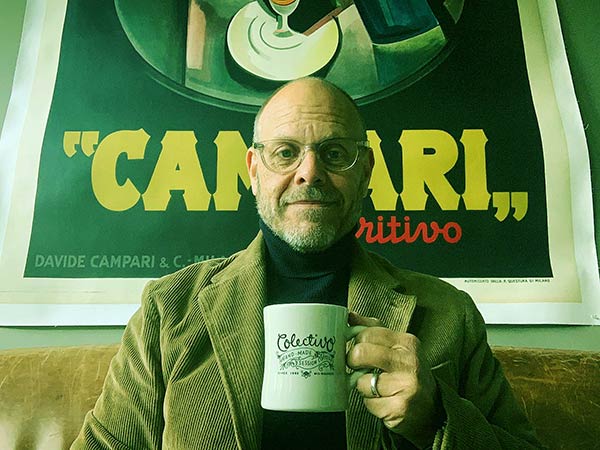 Brown has two tattoos. One is a crossed knife and fork with the inscription ‘Eat to Live.’ He got this tattoo during the filming of his show ‘Feasting on Asphalt’. His other tattoo is a honeybee on his left shoulder. 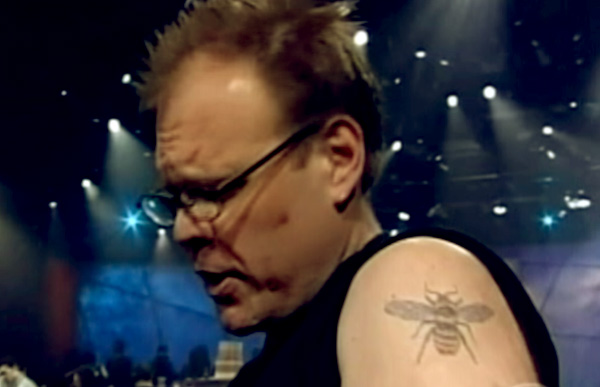 Caption: Alton Brown tattoo of Honeybee on his left shoulder

Does Alton Brown have any Restaurants?

During the ‘Eat Your Science’ tour in Chicago Boston, Brown confessed that a restaurant makes the best food in the whole of America. He did not mentioned it name, but it could be his favorite eatery. In a tweet, Brown confirmed that he was going to open a coffee shop in his hometown, Marietta, Georgia. He promised excellent services, including jazz music and less interference from himself; he will be mostly backdoor. The food scientist is known for his keen interest in coffee and coffee shops. The name of the coffee shop has not been disclosed, but we hope its running.

Alton Brown was born on 30th July 1962 in Los Angeles, Califonia. He later moved to Georgia with his family. He was raised by his mother and grandmother after his father, who was an editor, committed suicide. His mother later remarried. He met his first wife, DeAnna Collins, and they got married in the early ’90s. They had one daughter, Zoey, in 1999. He later married Elizabeth Ingram in 2018 after divorcing Collins in 2015. 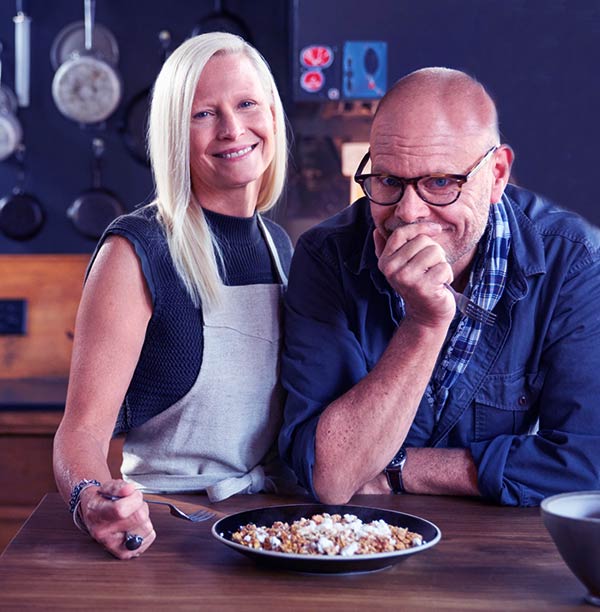