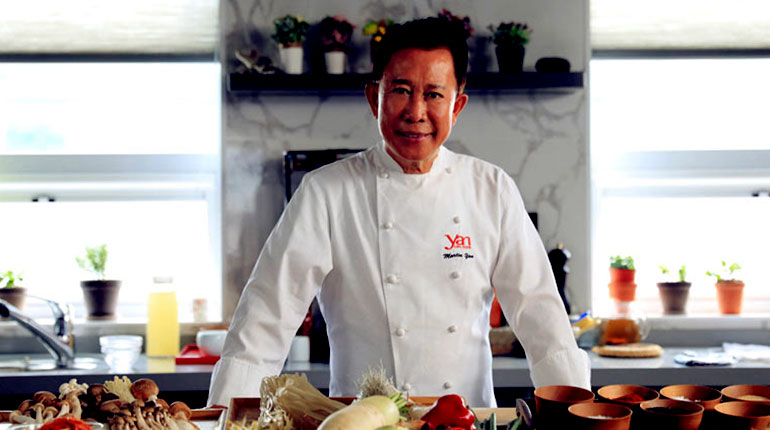 Martin Yan is a renowned Chinese-American master chef who is known for his PBS show, Yan Can Cook, which premiered in 1982 and has 1500 episodes. He is also a cookbook author with 27 books. Read this to know Martin Yan’s Net Worth.

Some of his best-sellers are Martin Yan’s Feast (an award winner), Chinatown Cooking, and Cooking for Dummies. He is also a restaurateur with a chain of Yan Can restaurants. Learn more about his life and career in the paragraphs below. Continue reading about Martin Yan’s wife Susan Yan and their kids.

The master chef’s wealth comes from numerous sources. He has hosted an array of shows over the last few years. These include the likes of Hidden China, Yan Can Cook, and Yan’s Taste of Vietnam. The celebrity chef also draws revenue from his critically acclaimed cookbooks.

Lastly, his restaurant chains are renowned in America. He runs a plethora of them, as you will see in the following paragraph. Martin Yan’s net worth is estimated to be $10 million. 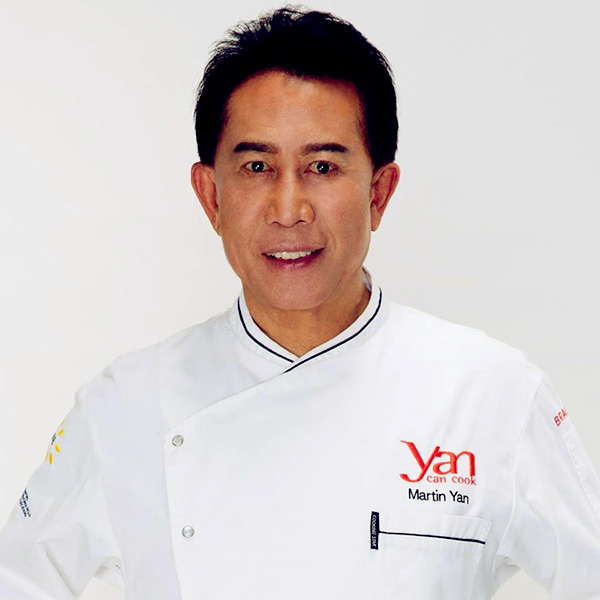 The chef is married to his wife, Susan Yan. They tied the knot in December 6, 1980. Very little is known about the couple’s love life as they keep most of their personal lives private. The master chef and his wife Susan Yan have two sons, Devin and Colin Yan. Fun fact, his sons are twins! 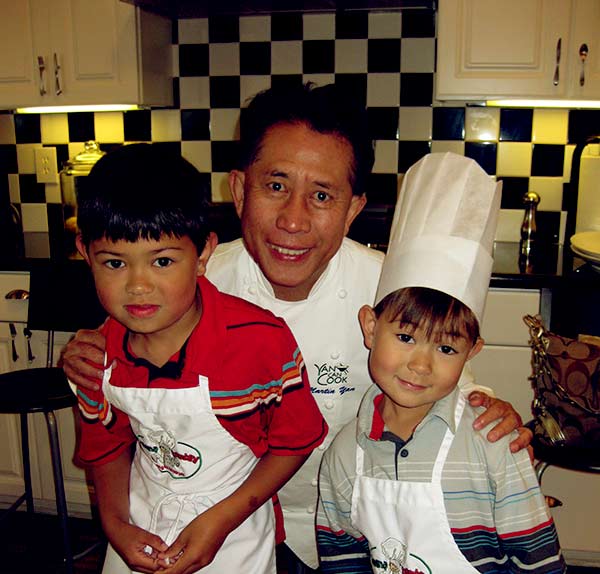 Caption: Martin Yan with his kids Devin and Colin Yan

Martin Yan was born in 22nd December 1948 and is 71. He was born and raised in Guangzhou, China. The veteran chef is the son of a restaurateur, Tat Ming, his father, and Xi Mei, who was his mother, who operated a grocery store.

The Chinese television host moved to Canada for further studies and later attended the University of California, Davis, where he got a Master’s of Science in food science in 1975.

He later became an apprentice at Amoy Canning Corp in North America. He also was a product manager in Hong Kong from 1976-1977. In 1978 he became a chef instructor at the California Culinary Academy.

The chef later launched Yan Can International Cooking School located in San Francisco, California, in the year 1985. He was certified as a master chef by the Certified Ontario Restaurant Association.

The Chinese Chef had his first tv experience in 1978 when he stood in for the host of a Canadian talk show in Calgary, Canada. Formerly, the network he worked for was known as CFAC-TV, before they changed their name to CICT-DT. The producers were so impressed by his work that they called him back to film more episodes. 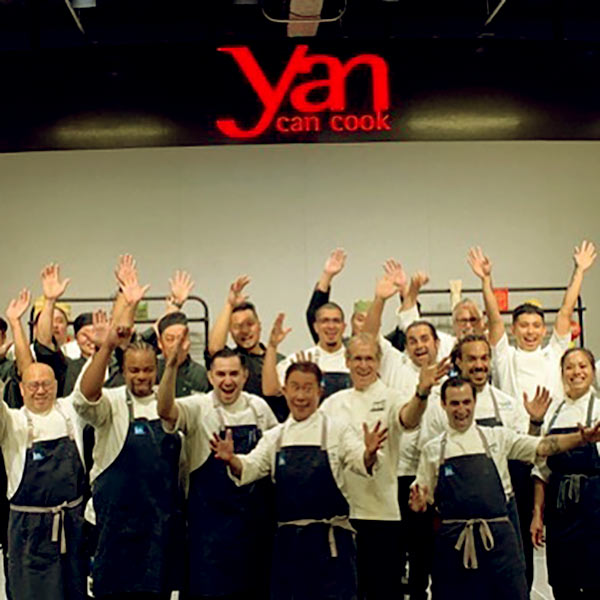