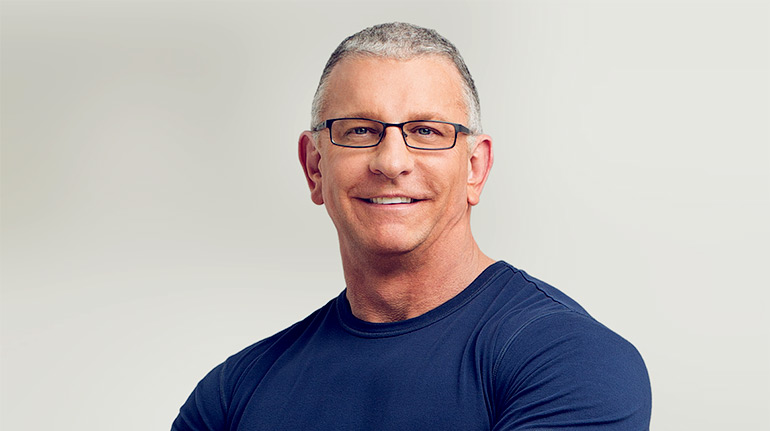 Robert Irvine is a businessman, television personality, philanthropist, and chef. He is the proprietor of Robert Irvine Foods, which handles different spices and oils. Besides being a virtuoso in the culinary world, it is also interesting to note that he served in her majesty’s army. Chef

In regards to his career on television, he had been a mainstay on the Food Network for several years. Over the years, Robert has partnered with the likes of Cat Cora and Paula Deen. Read every exciting fact about Chef Robert’s net worth, his wife Gail Kim, and height.

The establishment is located along 3801 S Las Vegas Blvd, Las Vegas. It spans about 9,000 square feet and can seat about 275 people.

The place also comes equipped with an open kitchen, live entertainment, wraparound bar, and a stunning view to boot. It even offers a private dining experience for its high-end clientele. Some of the available acts include Cory Brown, Cameron Dettman, and John Allred.

In as far as its menu is concerned, customers can choose from a variety of items. These range from a BLT wedge salad, which includes baby iceberg, tomato, smoked bacon, shaved onion, and blue cheese; to Pastrami and PH smoked chicken wings. 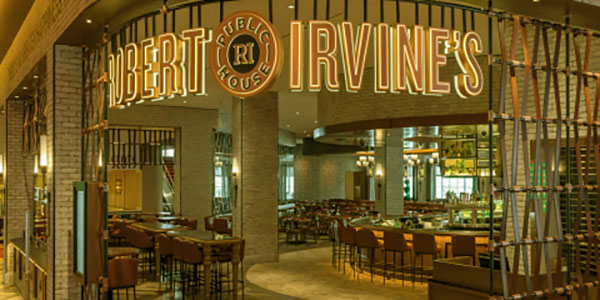 The restaurant can be found in the Downtown Allentown Market. When he opened the place, Robert Irvine had one goal in mind. That was to offer the best dining experience all around.

How do they do this? By providing a remarkable and social ambiance. Not only are the recipes authentic, but the Kitchen also provides a sense of freshness and comfort. 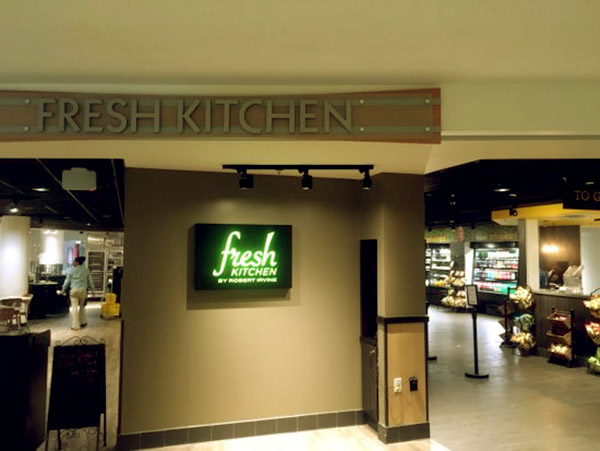 The first Fresh Kitchen was located in the Pentagon. It is known for serving fantastic food at a reasonable price.

Looking at his career trajectory, that Robert Irvine has numerous sources of income. These include his appearances on television, which saw him star on about 50 different shows! Most of these shows can be found on the Food Network.

Another source of income for Robert Irvine’s net worth comes from his multiple restaurants, each of which generates a fair bit of profit. Lastly, we also found that he makes money from his published works as well.

His book, ‘Fit Fuel: A Chef’s Guide to Eating Well,’ retails for $34, for instance. Another one of his books, ‘Impossible to Easy’, is available for $30. 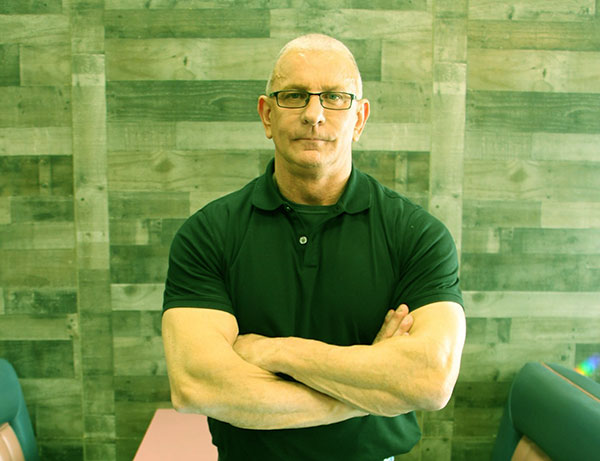 As you can see, the books don’t come cheap, and Irvine enjoys a significant amount of royalties from their sale. Taking all of that into account, Chef Robert Irvine’s net worth is $20 million.

Chef Robert’s second wife is Gail Kim. Interesting fact, Gail is a former Canadian wrestler. She was born on the 20th of February 1977 in Toronto. Wrestling is something that has always run hot in her blood.

When she was young, she worked in the independent scene back in her hometown. Gail had all the right qualities; she was gorgeous, athletic, and charismatic to boot! It did not take long before a major wrestling promotion finally came calling.

This was World Wrestling Entertainment back in 2002, after an impressive five-year stint in the indies. Gail set a historical record on her debut match in the WWE, becoming the first woman to win the title in her first match.

After two years with the WWE, Kim moved on to a rival promotion company, TNA. At the time, the promotion did not have a women’s title for its female wrestlers to compete for. Everything changed in 2007 when Kim became the first Knockouts champion the promotion has ever had, setting yet another record in the process.

Robert Irvine’s wife’s time in TNA molded her into the legendary wrestler she became. Fans will particularly look back fondly on her rivalry with Awesome Kong. The two put together some of the fiercest and entertaining women’s matches in wrestling history. 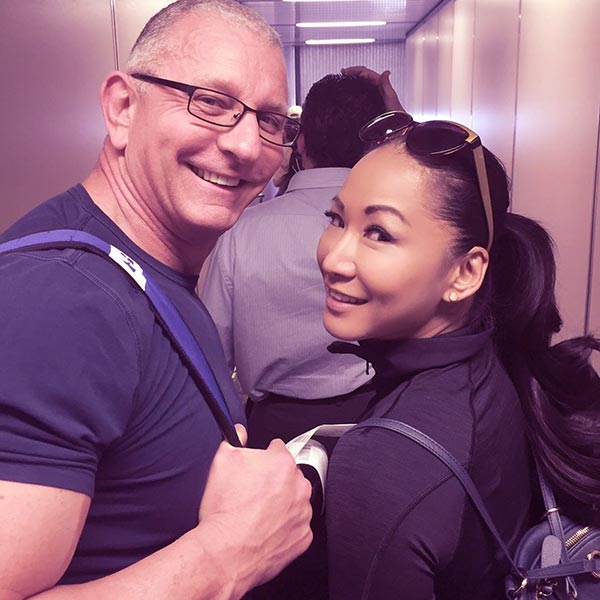 The rest of her career included a second stint with the WWE before she finally retired in TNA. At that point, she had been inducted into the promotion’s Hall of Fame. Unsurprisingly, this was another record, as she was the very first female inductee. Today, Robert Irvine’s wife Gail works as a wrestling producer in the company.

Chef Robert Irvine is easily one of the most impressive figures in the culinary world. This is because of his impressive muscular frame. However, the same cannot be said about his height. He stands at a modest 1.78 meters tall, or 5 ft 8 inches.

Just by looking at his romantic history, it’s safe to say that Chef Robert is straight. After all, he has been married to two different women so far. There are no credible sources that can confirm or, at the very least, put his sexuality to question. So, where do these rumors stem from? Well, we have an answer for you.

One of the television shows he hosts, ‘The Robert Irvine Show’ follows him as he ventures out of the kitchen and steps into the role of a therapist. In one of the episodes, Robert talked to a man who wanted to tell his girlfriend that he liked men as well. The episode was titled ‘I love you, but I am gay.’ It is undoubtedly the cause of all the confusion.

Chef Robert and his first wife, Karen. Chef Robert and Karen had two daughters before they separated. These are Talia and Annalise Irvine. Talia is a retired horse rider and animal lover who regularly advocates for the adoption of dogs in shelters. Recurrent shoulder injuries meant that she could never ride again. Just this week, she told fans that she was retiring. 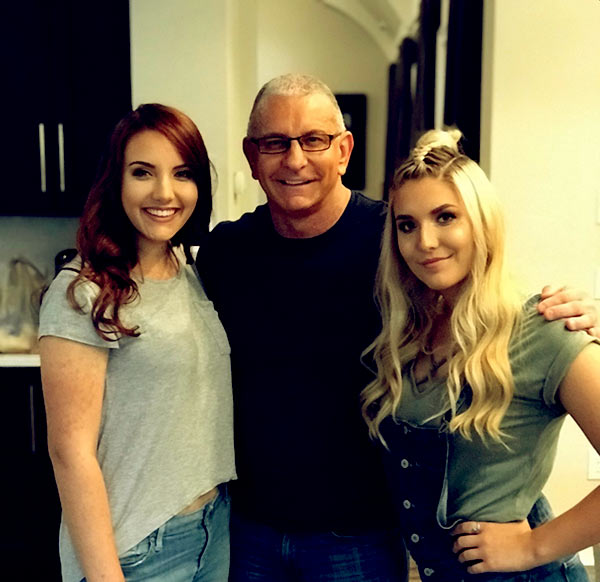 Caption: Robert with his daughters Talia and Annalise Irvine

Her sister Annalise, on the other hand, is an avid fan of traveling. Even though she is not a celebrated chef, she enjoys all the food her father makes!

Chef Irvine is the founder of the Robert Irvine Foundation. It is an organization that focusses on giving back to military personnel: retired, active, or otherwise. Even since Robert started the initiative, he has raised enough funds to provide meals for thousands of retired vets.

They also set aside funds that are geared towards supporting homeless vets, as well as providing relief grants. The organization additionally strives to raise awareness of the plight of retired military personnel.

One more important service they offer is bringing together the families of those who have lost their lives in combat. The foundation provides a platform for them to get together and talk.

Chef Robert was born on September 24th, 1965, in Salisbury, Wiltshire. As such, the Fit Fuel author is 54 years old. Being a Libra, we found that Robert possesses qualities like diplomacy and sociability. The latter is especially important when it comes to his television hosting duties.

Robert Irvine burst on to television with the premiere of Dinner: Impossible. The show followed Robert and his assistants as they strive to complete a series of challenges in a limited time frame.

It first aired on the 24th of January 2007 on the Food Network. Since then, he has gone on to appear on a few more shows. The very same year, he made an appearance in Iron Chef America. 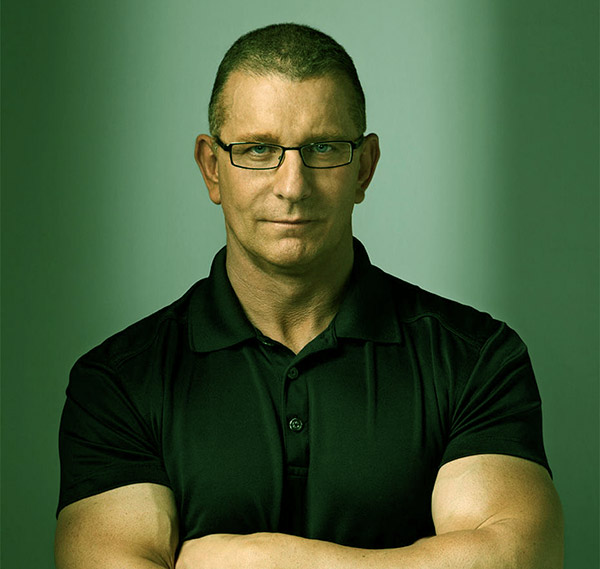 Most recently, Irvine has appeared on Kitchen Expedition, which first aired back on April 29th, 2020. The series is based on Chef Robert’s travels across the world as he samples exotic food items. So far, only two episodes have aired. In total, Robert has about 48 credited television appearances.

Some of his other shows. 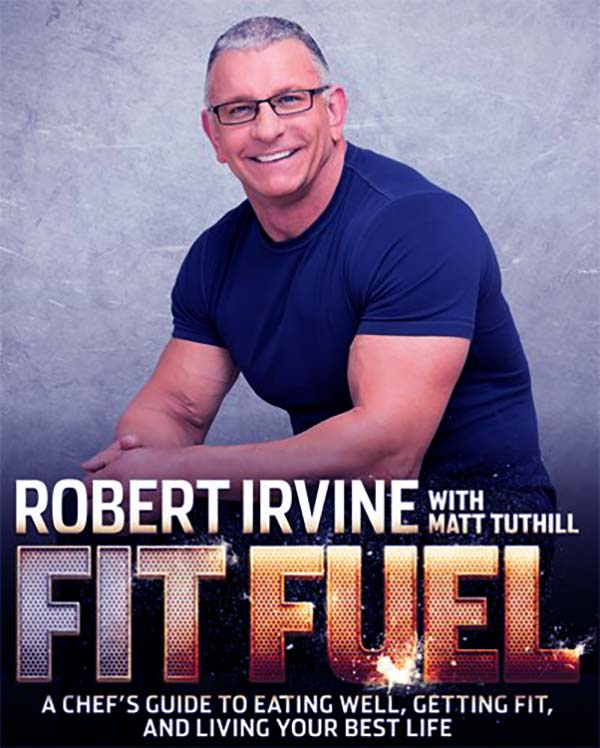 Chef Robert Irvine has a remarkable social media presence. On Instagram, for instance, he has a following of 435,000. Robert uses this platform to promote his foundation, which is especially active at the moment because of the COVID-19 pandemic.

His foundation has helped set up ‘Giving Tuesday, ’ which challenged people to help those in need. They also promised to match the total target ($10,000).

Chef Irvine also uses the platform to display some of the remarkable food which he has made. On Twitter, he has a slightly lesser following, 428.1k to be exact. From his account, we also learn that he is scheduled to appear on Bed Talks, a show hosted by Lori Greiner.