Those who love watching cooking shows might be familiar with Damiano Carrara, an Italian Pastry chef, and restaurant owner. The Italian chef was part of numerous TV shows as a host, a judge, or a contestant. His charming looks and exquisite baking skills captivated the viewers and judges. Winning second place in the Spring Baking Championship puts him to fame in 2015, and he started his culinary media industry career.

Who is Damiano Carrara?

The good-looking Italian chef Damiano Carrara was born in Lucca, Tuscany, on September 22, 1985. People know him from his TV show appearances on Food Network. In 2015, Damiano competed for the Spring Baking Championship and won second place, and multiple TV appearances followed.

At the age of 17, young Damiano started his journey in the culinary world. He worked as a bartender in his hometown and moved to Dublin to continue his career.

In 2012, Damiano and his brother Massimiliano moved to the United States and opened Carrara Pastries. The authentic Italian pastry shops became a hit in Moorpark, California. With overwhelming support, Damiano and Massimiliano expanded their shop and launched their second branch in 2013. Their business was a success, and they now have multiple shops around California. Carrara pastries were also hailed as the “Small Business of the year” in 2019.

Since Damiano s getting lots of attention with his success as a chef, the Italian pastry chef invited to join a reality TV show where he won second place. More projects came after his win. His fans saw him as the judge in different shows like Christmas Cookie Challenge, Guys Grocery Games, and Halloween Baking champion. Aired in Italy, Damiano also became the host and judge of Cafe Star and Bake-off Italia.

Aside from being a food personality, the Italian chef is also a writer. Damiano also likes sharing his love for food with his followers on his social media account.

His first cookbook, A Taste of Italy: 100 Traditional, Homestyle Recipes, was published in October 2017. It is a compilation of eye-satisfying food photography with his authentic Italian recipe. His book also gives the readers a taste of home with family recipes from his father and mother.

With the success of his first book, Damiano published Nella vita Tutto è possibile in 2018. The book, written in Italian, is a compilation of his journey to success.

The Italian chef keeps his personal life private. With his handsome looks, fans are wondering if he is in a relationship. Recipes and any relating food photos filled his Instagram account, but his post with a girl made his fans curious about his love life.

Earlier this year, Damiano announced that he and her girlfriend, Chiara, is tying the knot. The handsome chef sounds proud and in love but still, keeps his fiancee’s identity private. 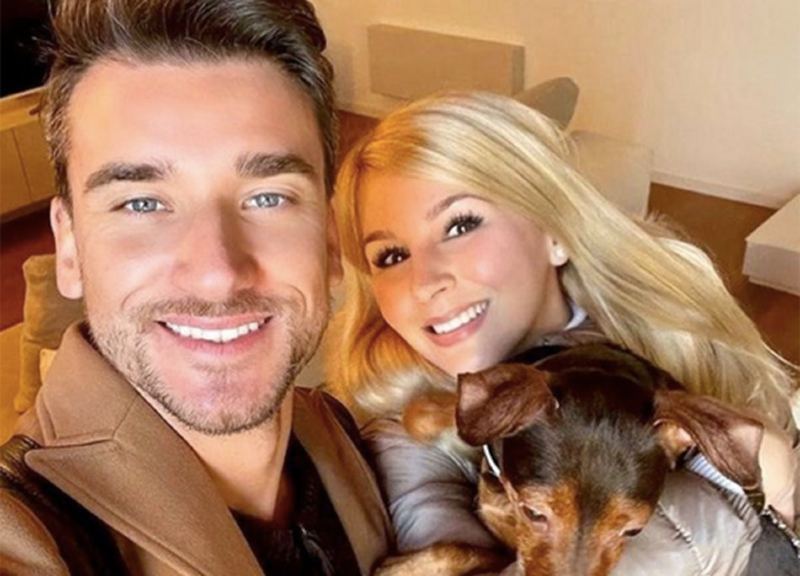 Fans were excited about the big news and so happy for the lovely couple. But months after the announcement, the Italian chef announced that they need to cancel the wedding.

His fiancee got into an accident that getting her injured. Chiara fractured her vertebrae when she fell and hit her back. It will time to heal her injury, so they decided to move the wedding.