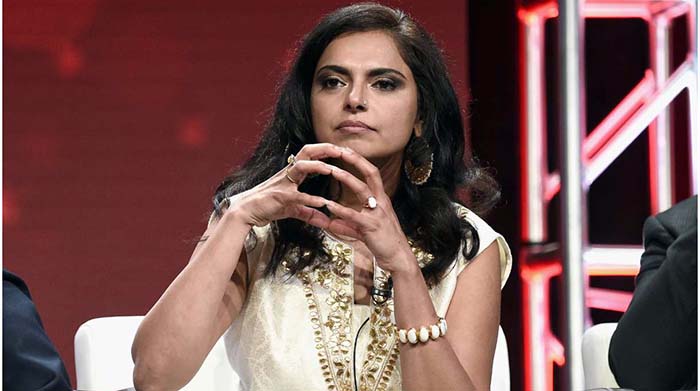 Maneet Chauhan is an Indian-descent American chef and television personality best known as the judge panelist for Food Network’s Chopped.

She is one of the notable figures in the culinary industry who has achieved numerous milestones. From working day and night arduously to becoming an executive in her own restaurant to being a judge on cookery shows, Maneet has done it all.

This multitalented Indian chef belongs to the Sikh religion and comes from Ludhiana, Punjab, India. She was born on the 27th of October 1976.

With the intention of shining in the culinary field, she attended one of India’s finest universities, Manipal University, where she earned a bachelor’s degree in Hotel Management.

Later, Maneet moved to New York to broaden up her cookery knowledge by attending the Culinary Institute of America.

After all the hard work and dedication Maneet has put into, she has truly made a name for herself in the world of cuisines. 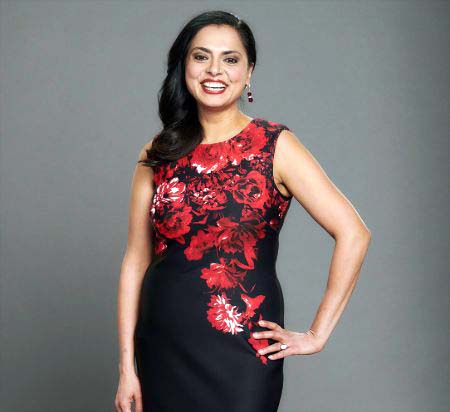 As if being a celebrity chef wasn’t enough for Maneet, she is married to Vivek Deora, a fellow chef and restaurateur who has worked in 8 different countries and owns 23 restaurants.

As a matter of coincidence, Vivek also graduated with a hospital management degree from Manipal University and also met Maneet for the first time in the university. He is best known as the co-founder of Morph Hospitality Group in Nashville, Tennessee.

There is not much detailed information about the duo’s love life, but Maneet and Vivek are known to have officially tied the knot in 2007.

The husband and wife’s relationship are considered to be like two sides of the coin. Behind every empire that Maneet creates, there is Chauhan’s husband and partner, Vivek Deora, who supports along in her shadow.

Vivek is the one who is impeccably dressed, groomed with a mustache and trimmed beard, and armed with an equally energetic passion for striving in the culinary world, which makes him the perfect match for Maneet. 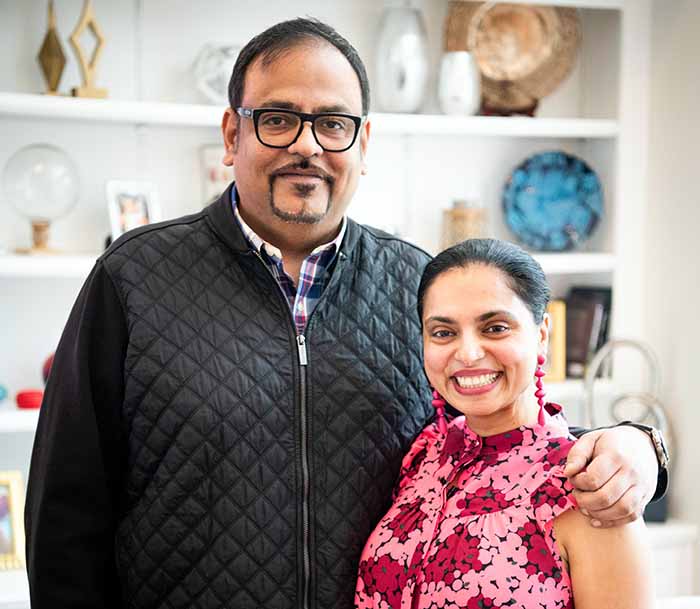 Vivek was born to a doctor in Jaipur, India. However, he never wanted to lay hands on books, let alone become a doctor just like his father. Rather, he spent a majority of his time working in coffee shops than studying.

Nonetheless, he completed his education at Manipal University and then fled to England to pursue a master’s degree. In the following years, Vivek saw himself working in numerous top-notch hotels in 8 different countries around the world.

He excelled in the sector of food and hospitality, and by the age of 24, Vivek was running a 28,000 square-foot food manufacturing firm with more than 100 employees.

How Maneet and Vivek handled their love life?

The two were immensely busy in their respective careers, and Nashville would usually be their stop to meet and reunite. Along the way, they also formed partnerships and owned the Morph Hospitality Group.

The couple tries their best to take out time for one another, but their hectic schedule wouldn’t allow them. While Vivek is busy opening new restaurants in different parts of the world, Maneet is busy working on the hit reality show, Chopped.

Despite their schedule differences, the pair is blessed with two children and is often seen going on family vacations.

Maneet is the mother of an angel-like daughter and adorable son. The eldest daughter is Shagun, and her younger brother is named Karma.

The parents and children share countless wonderful memories together and are often seen on social media making a mess in the kitchen. 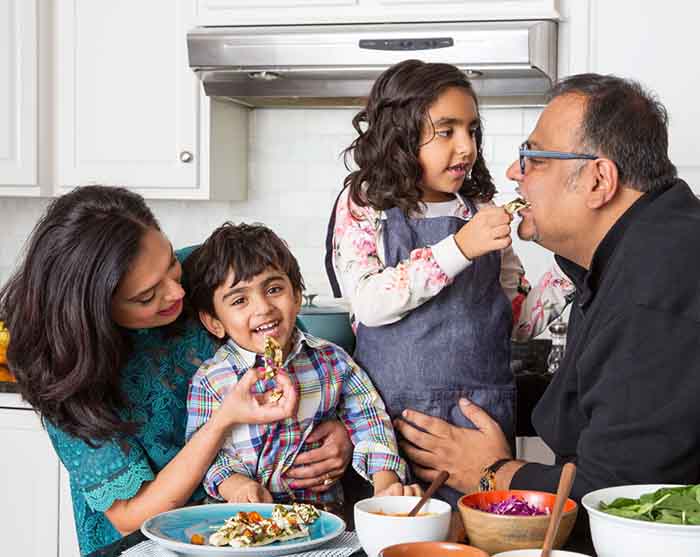 Although Maneet has not confirmed her exact net worth figures, she is expected to have a net worth of approximately $2.8 million, according to various reports. A majority of her income comes from her profession as an executive chef and from her restaurants’ profits.

Likewise, her television appearance also adds up to her net worth. Besides this, she also shares her husband’s net worth.

As of 2021, Maneet owns a restaurant in Nashville, Tennessee, which is called Chauhan Ale and Masala House. It was created through the Morph Hospitality Group.