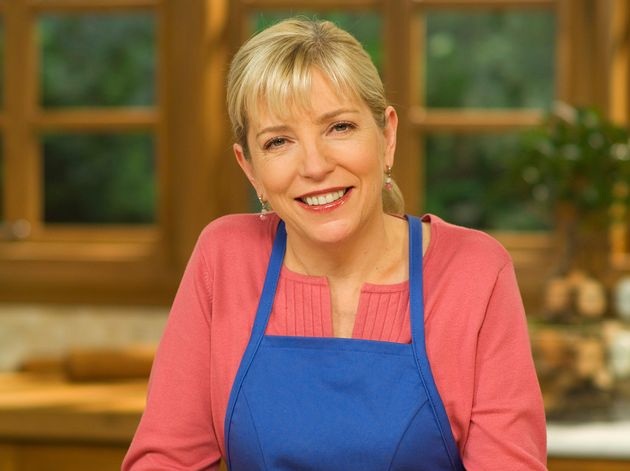 Sara Moulton is an American author, cook, and TV host. She hosted such shows as “Cooking Live,” “Sara’s Secrets,” and “Sara’s Weeknight Meals” on the Food Network. Read this to know Sara Moulton’s husband Bill Adler and their kids. Also, her net worth.

She subsequently pursued intellectual history at the University of Michigan, class of 1974. Sara came of age when the hippie lifestyle was in fashion and spent most of her college life as a hippie. She graduated in 1974 but only got her diploma in 1981.

She took a brief hiatus from chef duties in the mid-’80s to raise her two children. During this time, Sara discovered an aptitude and a genuine passion for teaching. She returned to her alma mater at ICE to teach as a chef’s instructor.

Working around aspiring chefs sustained Sara’s love for the culinary industry, and she took up a position at Gourmet magazine in 1984. By 1988, she became an executive chef at their test kitchen.

Eventually, Sara found recognition outside of culinary circles when she became a backstage helper for TV icon Julia Child on her PBS cooking show “Julia Child & More Company.” Her friendship with Julia helped her land a regular gig on “Good Morning America,” first in a backstage role and later in front of the camera.

By then, Mrs. Moulton had enough sway and influence that she began hosting her own cooking show, titled “Cooking Live.” The cooking show premiered on the Food Network on New Year’s Day, 1997, and five years later, on March 31, 2002.

Sara was not without a job for very long, as she began hosting “Sara’s Secrets” on the Food Network, starting in October 2002. The show ran for four years before airing its final episode in September 2006.

Furthermore, Sara also hosted “Sara’s Weeknight Meals” for eleven years, from 2008 to 2019. Besides that, Mrs. Moulton has appeared on cooking shows like “At the Table with…,” “The Chew,” and “Rachael Ray.”

Besides her pioneering work in front of the camera, Mrs. Moulton is also a beacon for aspiring female cooks. She founded NYC’s New York Women’s Culinary Alliance — a culinary association dedicated to fostering aspiring women cooks — in 1982.

To date, Mrs. Moulton has released five cookbooks. Her first cookbook was the 2000 release titled “The Good Morning America Cut the Calories Cookbook – 120 Delicious Low-Fat, Low-Calorie Recipes from Our Viewers.”

Subsequently, Mrs. Moulton dropped her second cookbook, “Sara Moulton Cooks at Home,” in 2002. That was followed by the 2005 release “Sara’s Secrets for Weeknight Meals” and the 2010 release “Sara Moulton’s Everyday Family Dinners.” Her latest cookbook dropped in 2016, titled “Home Cooking 101: How to Make Everything Taste Better.”

Besides her best-selling cookbooks, Mrs. Sara Moulton is also a contributor and columnist for several magazines. Most notably, she was a columnist for the Associated Press, where she wrote two weekly columns, titled “The Healthy Plate” (2012 to 2015) and “KitchenWise” (2015 to 2018).

Furthermore, she was also a columnist for The Washington Post Magazine and the University of Michigan’s Alumnus Magazine.

Sara Moulton is Married to Her Husband Bill Adler Since 1980.

Sara Moulton met her future husband, Bill Adler, at the University of Michigan. They were both hippies and weren’t too bothered with their education. However, Sara returned years later to earn her diploma in 1981. In that regard, she differs from Bill, who never graduated.

Nonetheless, in their short time getting to know each other, Bill was able to sweep Sara off her feet. They subsequently tied the knot in 1980 and have been together ever since. 2021 marks the couple’s 41st year together.

According to Sarah, her husband is a very fun-loving guy and with him, she is never bored.

I married this guy 40 years ago on this day. Here we are on our second anniversary in 1982. One thing is still true: life is not dull with Bill Adler. pic.twitter.com/WVd3WnmMFt

Bill Adler is a music journalist, critic, historian, filmmaker, museum curator, and popularizer. In short, he is a music enthusiast. Adler had a six-year stint at Dem Jam Recordings. From 1984 to 1990, Mr. Adler serves as the director of publicity.

Furthermore, he is the founder and head curator of the now-defunct Eyejammie Fine Arts Gallery. He is credited with popularizing 1980s hip-hop and rap artists like Run-DMC, the Beastie Boys, LL Cool J, and Public Enemy. 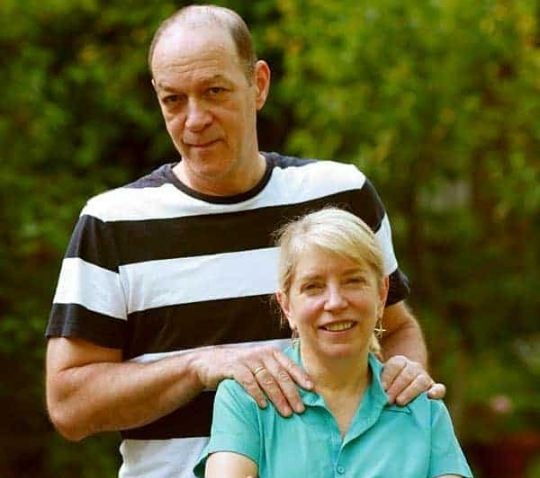 Sara Moulton is a resident of New York City, New York, having been born and lived there all her life. She was born on February 19, 1952. At the time of this writing, Sara is 69 years old.

According to various online news outlets, Sara Moulton is worth around $1 million as of August 2021. The 69-year-old is an eminent cook, author, and TV personality. She has over four decades’ worth of combined experience as a chef and TV host.

Mrs. Moulton is most known outside of culinary circles as the host of the Food Network cooking shows like “Cooking Live,” “Sara’s Secrets,” and “Sara’s Weeknight Meals.” She also has five cookbooks and several cooking videos to her name.

Thus, Sara Moulton’s net worth is a cumulation of her decades-long career. Her income sources include TV salary, books sales, and video sales, etc. 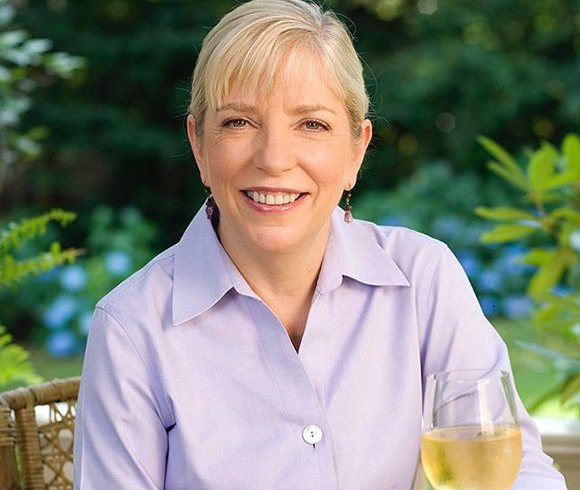