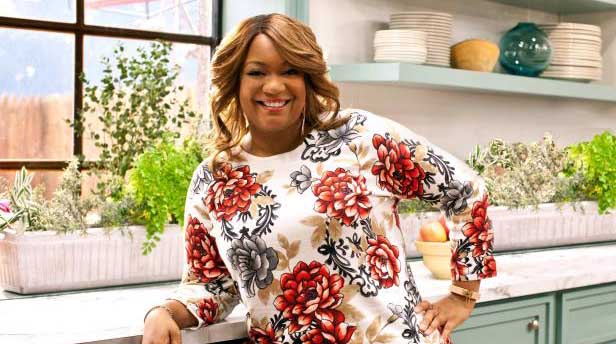 Sunny Anderson is a charming television personality who works for Food Network. She is an American who came into fame after hosting the show ‘How’d That Get on My Plate?’ in July 2008 in Food Network.

As per reports published in 2021, Sunny Anderson’s net worth is estimated to be above $5 million. Her huge income comes from her various television show appearance as the host in Food Network’s shows. Likewise, she is also paid well for making a guest appearance as a guest chef on several talk shows and morning news programs.

Aside from television shows, Anderson previously worked as a radio personality for HOT 97 (WQHT) in New York City from 2001 to 2003, from which she has also made a good income.

Before joining the food channel industry, she was a military radio host working for the United States Air Force and the Air Force News Agency.

Anderson is also a proud owner of Sunny’s Delicious Dishes, a catering company based in Jersey City, New Jersey, from which she is expected to have made a huge profit. 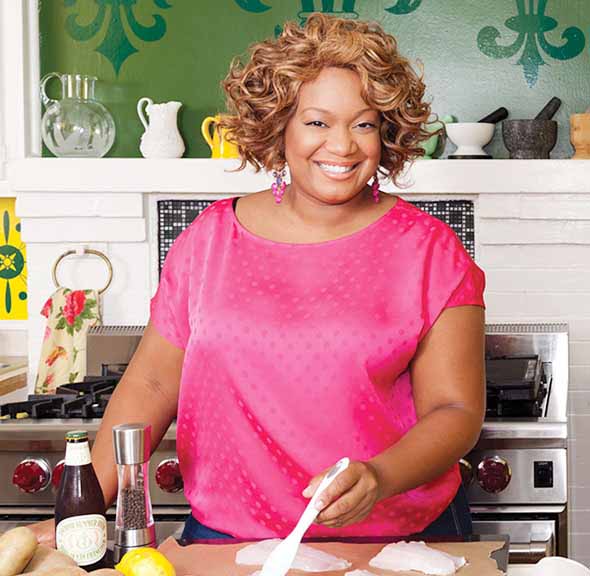 Where does Sunny Anderson Live?

Sunny Anderson was born in Lawton, Oklahoma, the USA, on April 9th, 1975, which makes her 46 on her birthday in 2021. Chef Anderson was raised there by both her parents, who were of African-American descent. Her father is Thomas Anderson, an Army veteran, and her mother is Linda Anderson.

She grew up in Texas along with her brother. As far as her education is concerned, Sunny attended Madison High School and later graduated from Loyola University in 1993.

After her graduation, Sunny joined United States Air Force in June of the same year and had to relocate to New York.

Anderson currently lives in Sunset Park, Brooklyn with her rescue pets. The whereabouts of her family in the present day have not been revealed as of yet.