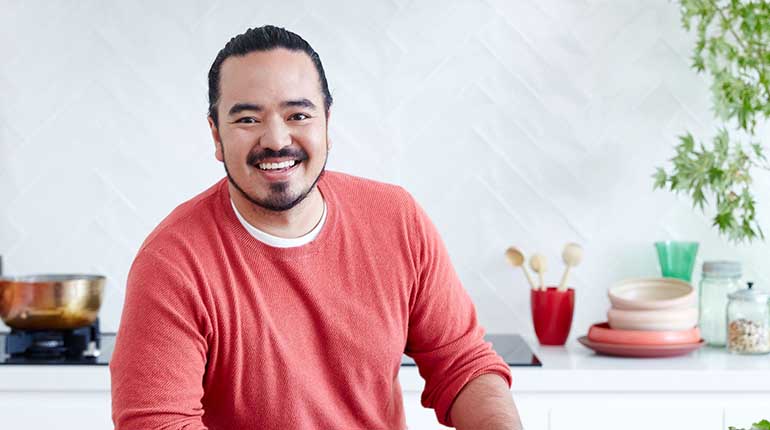 Meet the winner of MasterChef Australia, Adam Liaw. He’s a man with lots of achievements tied to his belt, including that of a social icon. Just to name a few others, Liaw is UNICEF’s National Ambassador for Nutrition as well as the Culinary Ambassador for All Nippon Airways Australia.

So how did he come about such prestigious titles, you ask? Here’s the rundown on Adam Liaw’s wife, net worth, restaurants, and wiki facts you need to know.

Who is Adam Liaw?

Adam Liaw is a double major Pharmacologist and Lawyer. However, he is most prolific as a celebrity chef, author, and television presenter on Destination Flavour. Having been born and nurtured by his parents as doctors, they expected nothing less from him.

As a result, he enrolled for both degrees at the University of Adelaide at age 16. By the time he hit 21, Adam had already graduated.

The work ethic for Adam began at a law firm named Kelly & Co Lawyers in Adelaide. At the same time, he was also at the advisory panel’s helm for the Hong Kong Australia Business Association. He would later relocate to Japan, where he switched from corporate to media law while working at The Walt Disney Company. 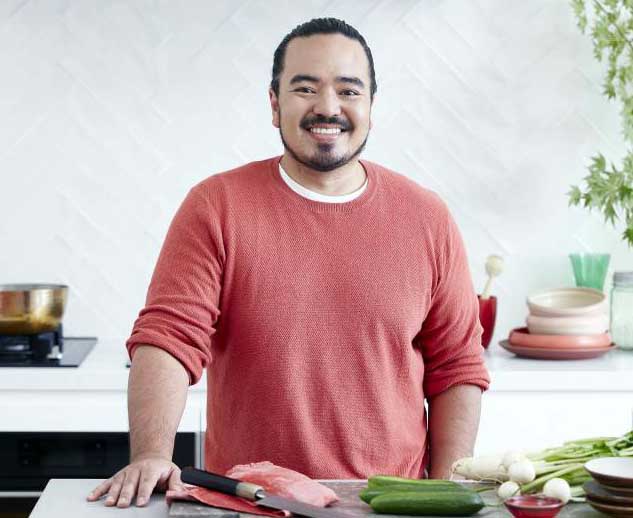 Adam applied to contest for MasterChef’s second season in 2009 only to come out victorious at the end. The deal opened up a myriad of opportunities that in turn boosted his net worth.

Having scooped the title from the first runner-up Callum Hann, Adam Liaw’s win became the most-watched non-sporting event in the country. This came with the deal of a lifetime to host his own travel-food television show called Destination Flavour.

The show’s impressive performance would later give rise to four other spins off series and Hidden Japan with Adam Liaw, all from which he derives his net worth.

Other sources came in the form of a book deal with the network following his win. Adam Liaw published a cookbook titled, Two Asian Kitchens, which featured two sections. The grand reception of his literature was unexpected, prompting him to publish even more. As we speak, the culinary star has a total of five books in his library.

Additionally, he got the deal to write for Fairfax newspapers, Sunday Life Magazine, and The Guardian. Prior to all that, he was also a writer for The Wallstreet Journal Scene Asia.

According to online sources, Adam Liaw’s net worth rises to approximately $5 million, to sum up, all these sources. However, one area he never got to utilize was his Pharmacology degree.

Restaurants and their locations

For a culinary master such as Adam Liaw, opening up a restaurant should be a piece of cake. After all, every other celebrity chef is doing it. However, he does not own a restaurant as running one takes a lot of work.

If anything, he already has his hands full from running his other businesses. However, the MasterChef star wouldn’t leave his fans hanging.

On his website, you can find hundreds of recipes to cater for meals of different occasions. Moreover, he also has his own go-to restaurants he’d recommend to anyone visiting the country. You can check them out here.

The culinary star has often shared the difficulties of being a father in his line of work. He further narrowed down to the long hours he’d put it and traveling. Nonetheless, that hasn’t stopped him from somehow maneuvering through the hurdle to settle down.

Adam Liaw has been married to his wife, Asami Fujitsuka, for nine years and counting. The pair met back in 2004 after he relocated to Japan to work for the Walt Disney company.

Asami is Japanese and occasionally makes an appearance or two on his socials. Together, they have three children named Christopher Wren, Anna, and Benji, born in August 2019.

Adam Liaw was born out of the love for his parents’ Dr. Siaw-Lin Law and Dr. Joyce Hill, on September 8th, 1978. Despite residing in the Outback, the 42-year-old chef was born in Penang, Malaysia. He is also the middle child, following his older brother Aron and younger sister, Amber Dawn. 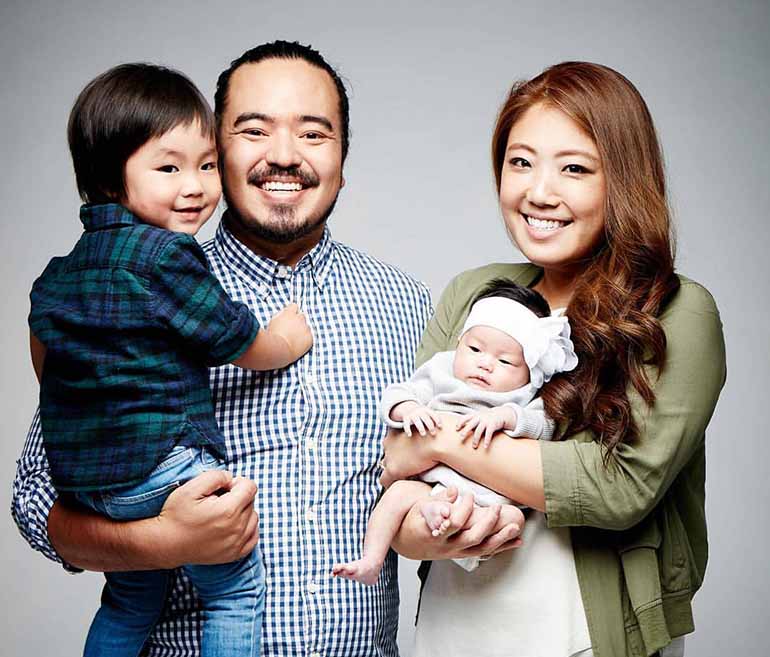 Adam Liaw with his wife, Asami Fujitsuka, and children.

Sadly, his parents broke off their marriage when he was only three and separated. It’s unclear who won custody of the children as their mother relocated to New Zealand. Liaw, in particular, was nurtured by his grandmother, Kwei-Eng Chew. He often sources her as her source of inspiration to become a chef.

Being book smart, he worked his way through the education system through Prince Alfred College at age 11. He would later join campus at only 16 years old to follow in his parents’ footsteps as a Pharmacologist. As well as set his own path as a lawyer.