Is Adriano Zumbo Married to Wife? His Net Worth, Facts. 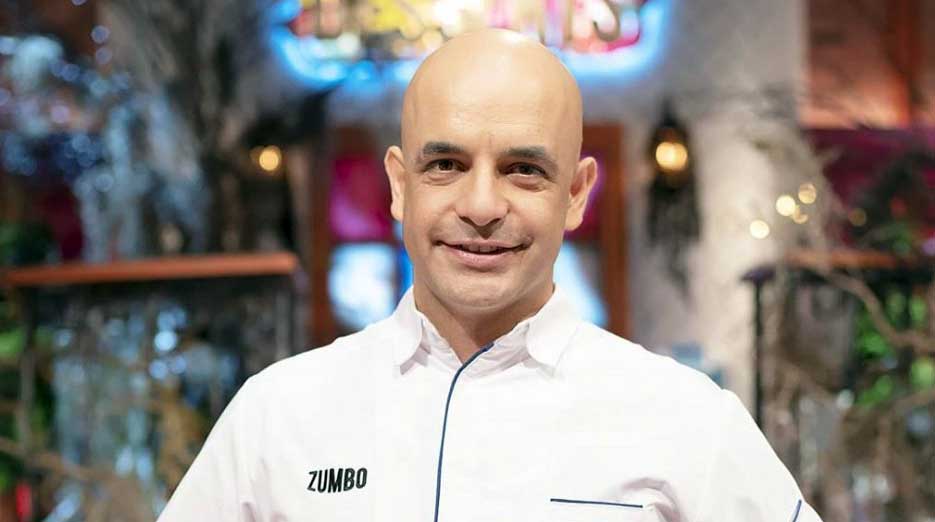 Back in 2017, Adriano Zumbo of MasterChef Australia introduced us to his girlfriend, Nelly Riggio. According to him, she was everything he had been searching for in a wife. He also went ahead and praised her as his soulmate. It’s now five years later, and we still haven’t heard any wedding bells.

This thus begs the question, how further along should we wait to see them married? Let’s catch up with the love birds as we also explore Adriano Zumbo’s net worth.

Who is Adriano Zumbo?

Adriano Zumbo identifies as a pastry connoisseur, television presenter, author, and judge. His love for pastries developed after fooling around in his parents’ supermarket as a kid. At the age of 15, young Adriano began his apprenticeship in pastry making under the tutorage of Ramon Morato and Pierre Herme.

Zumbo had already learned a thing or two about pastries during his earlier years. He had lived in Italy, known for its grand pastry recipes, and had come to appreciate them. As a result, it wasn’t difficult to pick up baking skills from his two mentors. 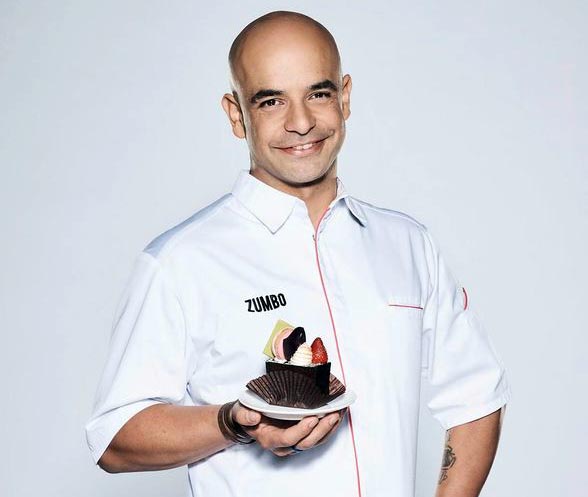 By the early 2000s, he was already a known supplier of all things sweet to local cafes. These included brownies, muffins, banana bread, and even homemade tarts. By 2007, he had established his pastry empire by setting up a shop in Balmain.

Little by little, the patisserie multiplied into ten more spread across the cities of Sydney and Melbourne. His career finally peaked in 2009 when he made his debut as a judge on MasterChef Australia. Since then, he never missed a season, thereby growing his name, businesses and status.

Adriano Zumbo is not yet Married but dating a girlfriend.

Zumbo’s journey to finding the one was a bit tumultuous. His relationship history tells a struggling story of a 19-year old boy trying to make things work with his boss’ 17-year old daughter. It didn’t end well following their break up three years later.

Next, he tried dating their family’s lawyer, Daniella Ruggero, back in 2012 when his career had just started to form. For a moment, things looked serious when they moved in together in her home in Balmain. However, they too broke up two years later, in 2014. 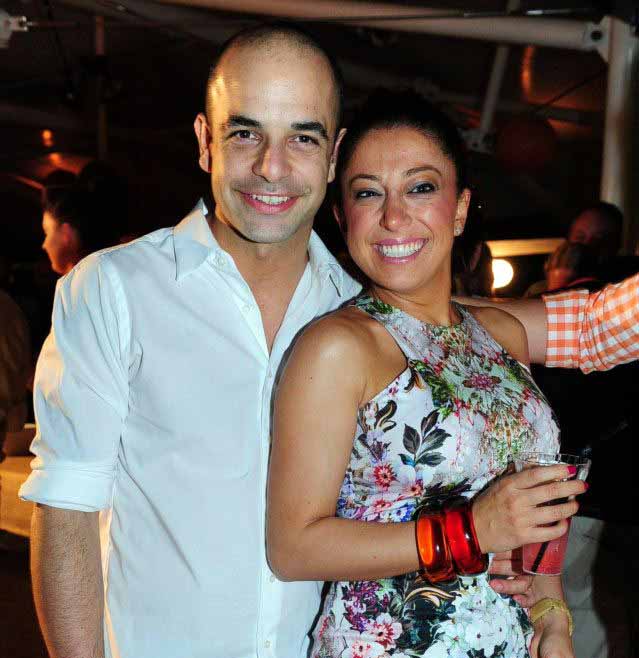 It seems the third time’s the charm when he gave love another go in 2016. He met his current girlfriend, Nelly Riggio when she applied to work for him. Their romance went public in early January when the pair went on holiday in the Maldives.

However, their new-found love didn’t sit right with Nelly Riggio’s ex, JP Huillet. According to her former flame, he had no idea that they were dating until it blew up on social media. As a result, rumors swarmed the internet, dragging Nelly for cheating on him with Adriano.

Contrary to most people’s opinions, though, the couple has since then moved on from the hurdle. They are currently in talks of starting a family together with two kids. Now that you know all about their affairs, let take a look at one half of the pair. 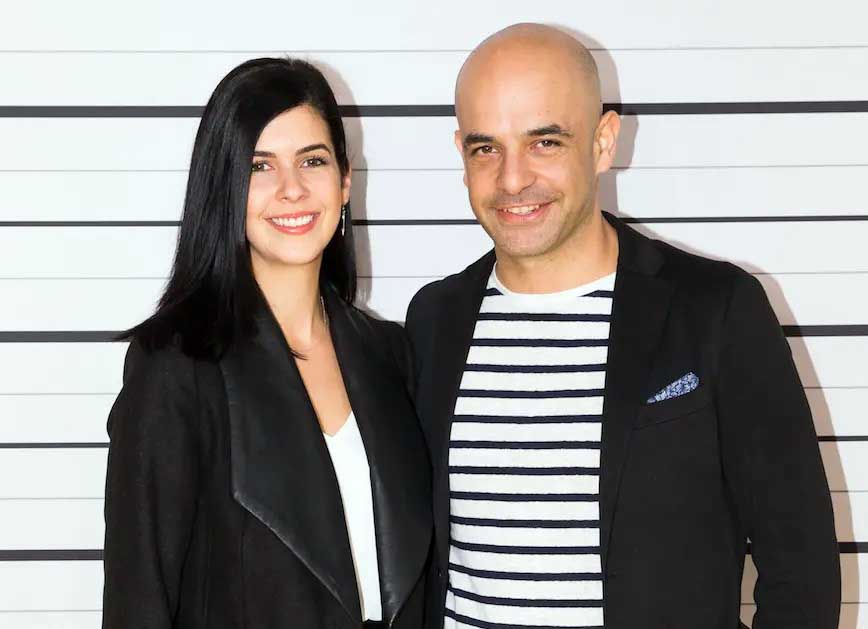 Ornella Nelly Riggio is just as talented in the kitchen as her soon-to-be husband. She is a 30-year old Brisbane-born Australian pastry chef currently residing in Australia.

The Aussie chef celebrates her birthday each year on August 27th, 1990, and is a known Virgo. Other than that, her mother’s name as Ursula, and an unnamed older sister, there really isn’t much info to go around concerning her.

Nelly made her television debut in 2016 when she competed in the seventh season of the cooking series, My Kitchen Rules. She also appeared on the show alongside her partner JP Huillet who had also been her boyfriend for over five years. For more details regarding the soon-to-be Mrs. Zumbo, you can check out her Instagram page here.

Adriano Zumbo’s net worth began rising as early as his teenage years when supplying cupcakes to local cafés. However, milestones were made in 2007 when he first opened up his first patisserie in Balmain.

Others soon followed in Sydney and three more stores in Melbourne City. Additionally, he also invested a lot in setting up production kitchens in both cities as well as another high-tea salon in Melbourne.

In total, Adriano Zumbo’s restaurants tallied to ten by 2017. However, the culinary star ran into a bit of trouble with the taxman, employees, and suppliers, whom he owed as much as $10 million worth of debt.

As a result, he sold some of the joints as others were placed into voluntary administration. The setback damaged his reputation and saw his net worth dwindle for a while.

Luckily, the Aussie pastry chef had already cemented his role in television. Appearing as a repeat judge on MasterChef Australia and hosting shows like Zumbo, Zumbo’s Just Desserts, and Sugar Rush, his finances were secured.

Moreover, he also had three published books that were doing well in the market. Couple that and his overpriced pastries, Adriano Zumbo’s net worth amounts to approximately $4 million.

Adriano Zumbo may currently be cooped up in Sydney, but he is originally from New South Wales. He was born on November 6th, 1981, to Italian parents Frank and Nancy Zumbo with roots in Calabrio. He grew up in Coonamble, offering inspiration to his younger sister Rosalba Zumbo.

From here, he moved to Italy at the age of 15 to attend his first culinary school. By the time he got to his late teenage years, Zumbo was already set in Sydney in the year 1997. The once shy boy who found it hard to speak to clients at his parents’ supermarket now commands a multitude of employees in his kitchen.

He has even branded names such as The Dark Lord of the Pastry Kitchen, Lord Voldecake, Patissier of Pain, Sweet Assassin, and Australia’s answer to Willy Wonka. You can check out his social feed for more updates.