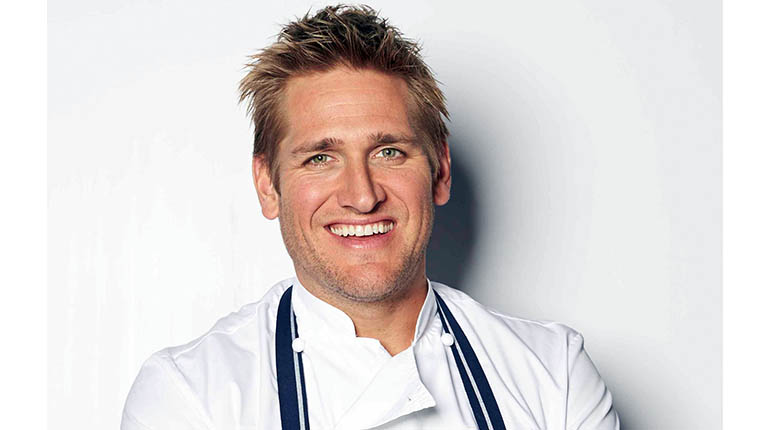 Curtis Stone is a celebrity chef with a well-established fan base across the globe. It’s so massive that they nicknamed him, The Quiet Terminator from his appearances on season three of The Celebrity Appearance. He got the name since he got things done without drawing too much attention to himself.

That said, if you’re scouring the internet for details on Curtis Stone’s net worth and an assortment of restaurants, then you’ve come to the right place. Here’s a breakdown of the vital details surrounding the Australian chef.

Who is Curtis Stone?

Curtis Stone is an American by marriage, Australian by birth, and Jewish-British by ethnicity. The father of two was born in Melbourne, Australia, where he first shaped up his career as a chef. He would have wound up in the corporate world following his Business degree if it wasn’t for his insatiable love for food. His kitchen work began in Australia until he decided on flying to London for better offers.

While there, he got his first gig at the Savoy Hotel. Later on, renowned chef and restaurateur Marco Pierre White accepted his application to work under him at Café Royal and Mirabelle.

Marco was Stone’s mentor and inspiration after he read his cookbook, White Heat. As a fast learner, the Aussie chef quickly rose ranks to becoming the Chef de Partie and later on the sous chef.

As a result, the culinary star drew the attention of some publishers who did a featurette on him as one of London’s finest chefs. The reception was explosive, which landed him exclusive interviews on television shows.

The end result was Curtis winding up as a celebrity chef, author, and television personality. 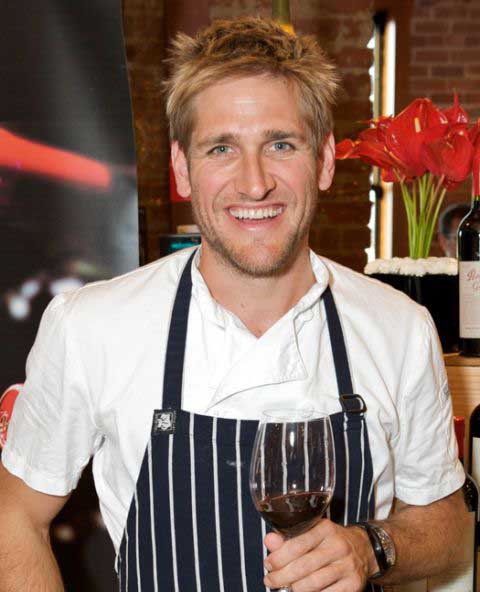 According to his bio on his blog, the Quiet Terminator laid some solid groundwork for his career. As a result, it landed him on the cover of People with Money magazine as one of the most paid chefs in the world.

Reputable sources have pointed out that Curtis Stone’s net worth holds strong at $16 million. When you pile on his salary of $20K for each episode of Top Chef Masters that he hosts, the figure could go up even higher.

Aside from his salary, Curtis Stone’s net worth derives its figure from several investments. First and foremost, the Aussie chef is the author of six food curated books. These include Surfing the Menu, Cooking with Curtis, What’s for Dinner? And Good Food, Good Life. Alternatively, the Top Chef Masters host also makes a ton of money from partnerships and deals he secured.

As we speak, Curtis Stone is the face of Coles Supermarkets in Australia. While shopping for produce in the groceries, you’ll find him plastered on almost all of their products, a deal he secured back in 2010. However, some of his high-valued assets are the restaurants he runs. Let’s now have a look at them.

After moving to the United States to star in the Take Home Chef series, Curtis Stone had the chance to learn a thing or two about America’s produce and home cooks.

As a result, he drew inspiration from this and opened the Maude Restaurant in 2014. Set deep within Beverly Hills, California, the place offers ambiance like no other with seasonal cuisines paired with wines’ assortment.

While the place has never received a Michelin star, it’s definitely worth dining while in town. The other restaurant that Curtis owns was named Gwen, after his grandmother. He co-founded it with his brother Luke, who both felt she deserved credit for her cooking. Gwen is located in Los Angeles and exhibits a butchery, winery, diner, and bar for all your needs.

In addition to his restaurants, the Aussie chef also has a line of cookware called Kitchen Solutions. They range from knives, cutting boards, containers, and other kitchen tools. You can easily pick them from a local store near you.

The move to the United States did more good than he could have imagined. Aside from breaking career milestones, it’s where he met the love of his life and actress Lindsay Price. 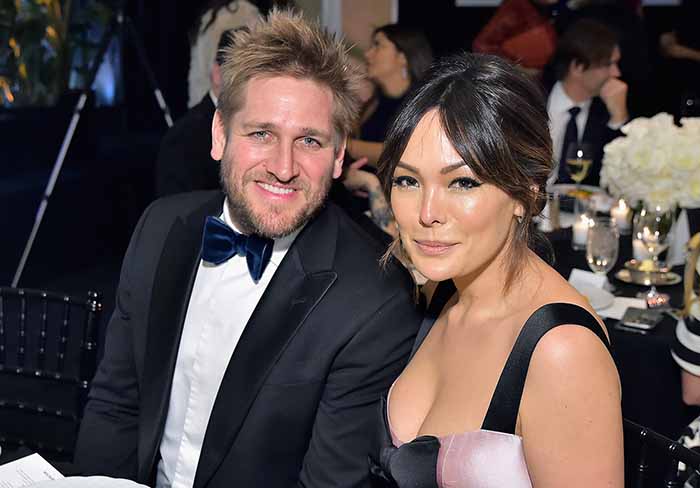 During their first date, he pretended he enjoyed whiskey just to impress her. It must have worked because they dated for three years before popping the question in July 2012.

The following year, the couple jetted off to Spain and exchanged vows on June 8th, 2013. During the wedding, they already had a two-year-old son named Hudson.

A year after the ceremony, Lindsay became a mother of two by welcoming her second born, Emerson Spencer, in September 2014. The family currently resides in California. 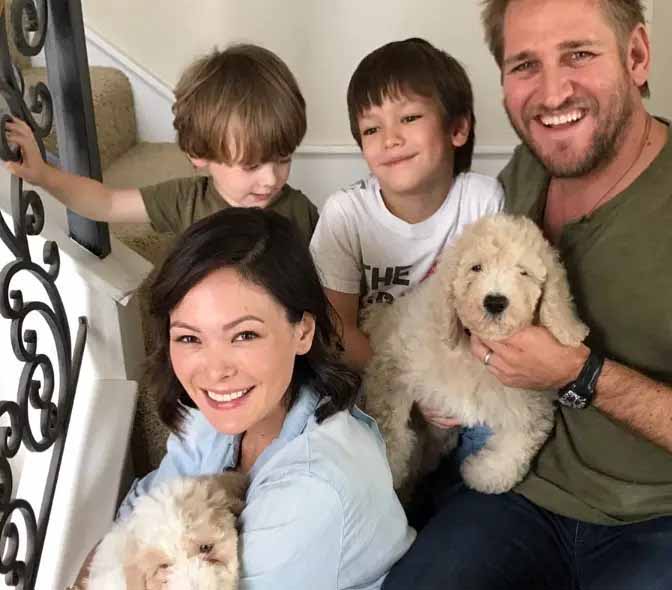 Curtis Stone with his family.

Curtis Stone was born in Australia on November 4th, 1975, to his father Bryan Stone and mother, Lorraine. He grew up with a brother named Luke.

Unlike most kids, they did not have the pleasure of growing up in a compact home. Both parents split when he was only two years old, and his mother and grandmother raised him. Curtis developed a passion for food at the age of four from his grandma’s Yorkshire Fudge. 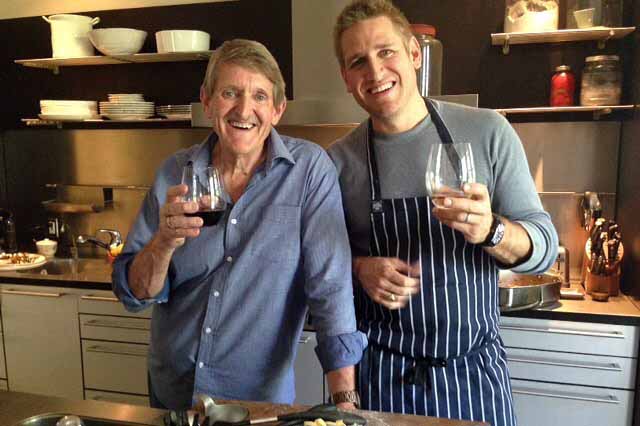 He recognized his passion for cooking when he related to the life his best friend’s dad lived as a professional chef. To him, a chef’s life seemed pretty cool as the dad next door had long hair, came home late, and had tattoos. We’re not sure if he got the tattoos he had been dreaming of, but he certainly is living the life of a chef. He prefers keeping his hair short – a look that won him the sexiest man alive in 2006.

Stone is also a philanthropist and conservationist. His cooking methods only involve naturally produced and seasonal ingredients provided by mother nature.

Alternatively, he is also known for starting the world’s largest crowdfunding platform, AdoptTogether. Last year, he donated all his profits from Maude’s South Australia to relief farmers impacted by the fires.