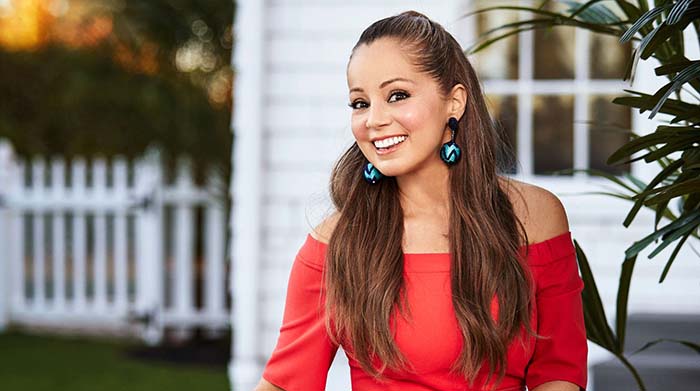 Marcela Luz Valladolid is a Mexican-descent celebrity chef who has become a fan-favorite television show host in recent years. She is commonly recognized by the people for appearing on Food Network‘s cookery show ‘Mexican Made Easy‘ and also known for appearing as a judge on another top cooking show in the USA, ‘Best Baker in America‘. Read this to know chef Marcela Valladolid’s net worth. Meet his husband Philip Button and his ex-husbands too.

She was born on the 19th of July 1978, in San Diego, California. Although this chef was born and raised in America, she carries Mexican blood.

As a result, she grew fond of Mexican food and cultures from a very young age. Moreover, she belongs to a family that specializes in the food business.

Due to her passion for cooking, Marcela was headstrong in making a career in the field of culinary arts. It was the same reason that encouraged her to graduate from Los Angeles Culinary Institute with a ‘Certified Cook‘ tag.

On this day, not only is Marcela an outstanding chef, but also an elegant magazine and cookbook writer and editor whose writings have been positively reviewed by numerous critiques and fans.

As of 2021, Marcela is expected to have gathered a net worth of $1 million. A huge part of her income comes from her illustrious career as a chef, magazine editor, and published cookbooks.

Besides this, Marcela has also worked on numerous small and big television cook shows on American and Mexican food channels as a show host and judge. From her roles in various hit television shows, she is expected to earn a hefty amount of salary.

Apart from earning from her career, Marcela also received a portion of her share and properties from her past husbands.

Is Marcela Valladolid in a Relationship?

As successful as Marcela has been throughout her career, the same cannot be said about her relationship status. The reason being that Marcela has never been successful in permanently settling with any of her lovers.

Before being in series of tumultuous relationships, Marcela was married to Fausto Gallardo, a Mexican politician, and environmental activist.

The former couple married somewhere in 2003 and lasted for a decade until finally separating in 2013.

Although the exact reason for their divorce has not been publicly disclosed, it is heavily speculated that the reason they split was due to Marcela’s affair with a fellow co-host of The Great British Bake Off, Paul Hollywood. 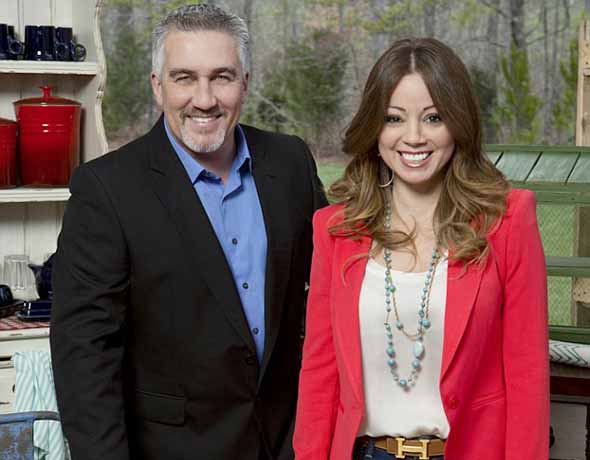 Just months after divorcing Fausto, Marcela was seen together with Paul Hollywood. At the time, Paul was married to his former wife Alexandra to whom he divorced shortly.

Paul and Marcela finally tied the knot somewhere in 2014 but later divorced in 2017. Paul explained in an interview that the reason for their divorce was because he was still in love with his previous wife.

He reconciled with his wife Alexandra, whereas Marcela was left alone.

Marcela was devastated and lonely with three children after divorcing with her second marriage.

Soon after separating from Paul, Marcela was engaged to Philip Button, who is a leading executive in the global sports and entertainment industry for years. However, the exact date of their marriage has not been revealed.

Philip was generous enough to welcome Marcela and her children into his life. Moreover, the pair even threw an Egypt-themed birthday to Marcela’s youngest son on his 5th birthday.

As of today, there has been no rumor regarding the separation of the couple and it seems that Marcela’s married life is finally stable. 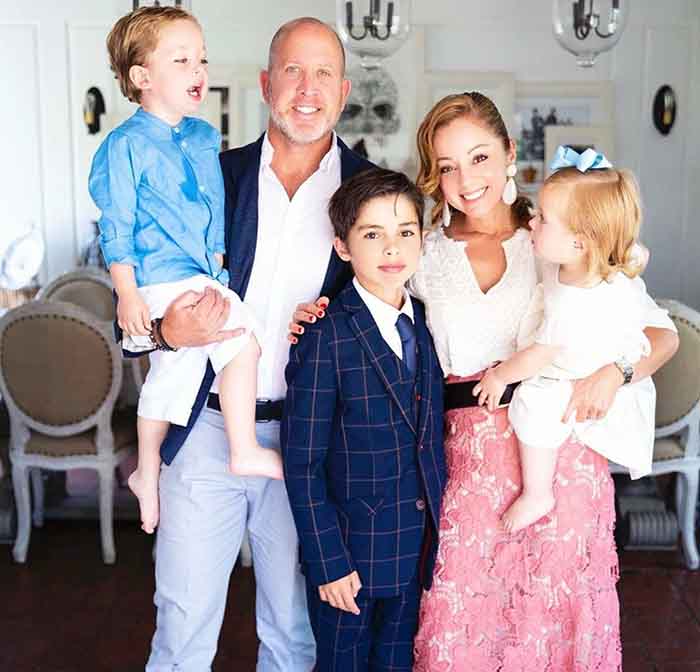 Marcela Valladolid with her husband, Philip Button, and children.

This family of five is currently living a peaceful life together.